Build up your fly kingdom

Flyghts is a game from Polish developers Eon 46 where you play as jousting knights that happen to be flies. So the name isn't a spelling error as you may have previously thought, it's wordplay that I very much enjoy. It's a free-to-play game that's available now on iOS and Android.

The aim of the game is to expand your kingdom so that your fly empire is known throughout the world. You do this by taking on other Flyghts – that's a knight who is a fly – in jousting duels. Winning will allow you to get yourself new gear, build up your kingdom further or get new materials for crafting.

The duals themselves have two phases. You start by choosing a tactics card before you head into the joust itself. This can be used to increase your momentum, bolster your defence and several other bonuses that may give you an edge in battle. 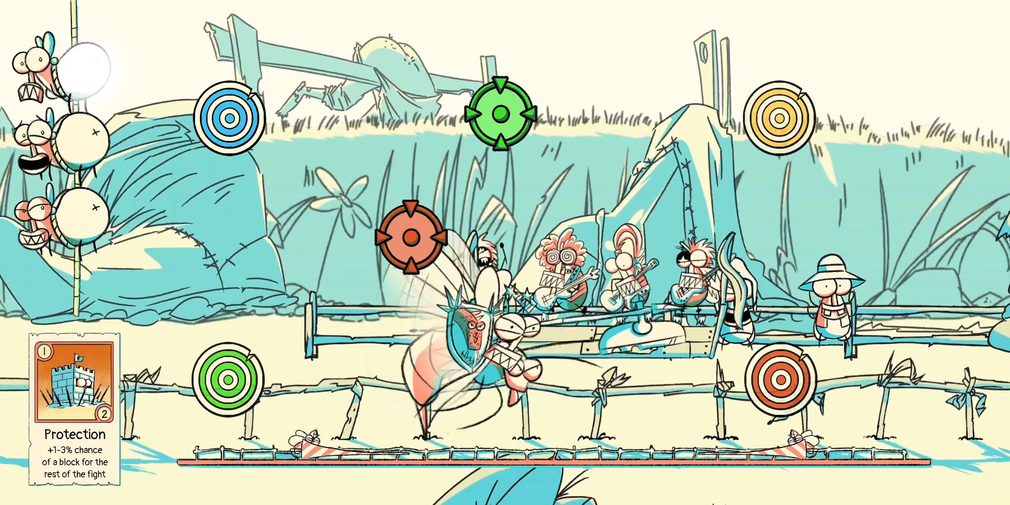 You then head into the dual itself where you'll essentially play two minigames. The first requires you to move coloured circles to a corresponding target. This will power up the effect of your card. Once you clash with your opponent you'll then have to tilt your phone to ensure that your fly stays atop their mount, fall and you lose.

Though that seems to be the core of the game you'll also spend the rest of your time upgrading buildings as I've mentioned so that you can get better mounts, armour and craft new cards to give you more options before heading into battle. Once you've tackled the game's campaign - or even before if you feel like it - you'll be able to play against other people from around the world in PVP. 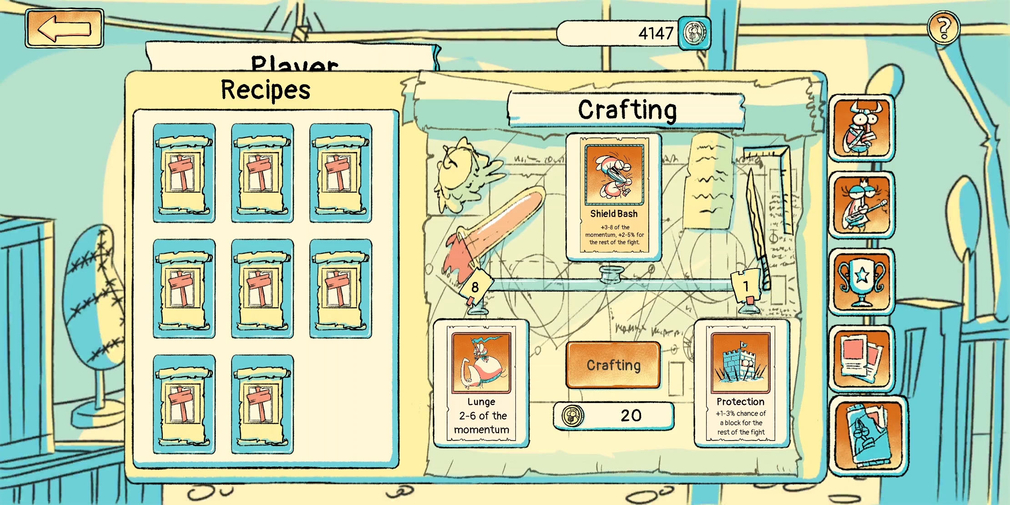 The game itself has a sketch-like aesthetic which may not be to everyone's tastes but it certainly gives Flyghts a distinctive look. As a friendly word of warning, I've only briefly tried out the game myself but the English translation isn't the best. It's perfectly understandable for the most part, just a little wonky in places, but it could cause some issues later on in the game if new mechanics are introduced and not explained well.

Flyghts is available now on the App Store and Google Play. It's a free-to-play game with in-app purchases.