League of Wonderland is Sega's latest mobile venture. It's a free-to-play strategy game where the characters you use have all been inspired by people from well-known fairytales, history and myths presented with an anime spin. It's set to launch on iOS and Android on 30th September.

Pulling its characters from three fairly broad places means that there's a lot of variety and in some cases, it's quite weird. For instance, Alice from Alice in Wonderland is here and so is Zeus who are quite different people, to begin with. But then you throw in Chinese military strategist Zhuge Liang, an actual person, and it's quite the bizarre mix. I'm not opposed to it though. For a more in-depth list of who's involved check out the official site.

The premise of this varied cast is that they've all finished their original stories and are now battling against each other, for some reason. Each player will have a deck of 8 cards and they will have to demolish their opponent's towers within a 2-minute time limit to achieve victory.

You only have to destroy two of the three to earn the victory and will attempt to take them down by sending minions down one of three lanes, using special towers and hero abilities. Sounds familiar right? This seems to be Sega's entry into the Clash Royale style of MOBA.

It does appear to be doing something a little different that piqued my interest. It will have skills called 'Draw Shots'. These are skills that you activate by actually drawing on your screen with your finger. They can range from area of effect attacks as well as buffs and debuffs. It's a cute sounding gimmick that makes good use of a feature that's mostly unique to phones and tablets – ignoring the Switch for the purposes of my point. 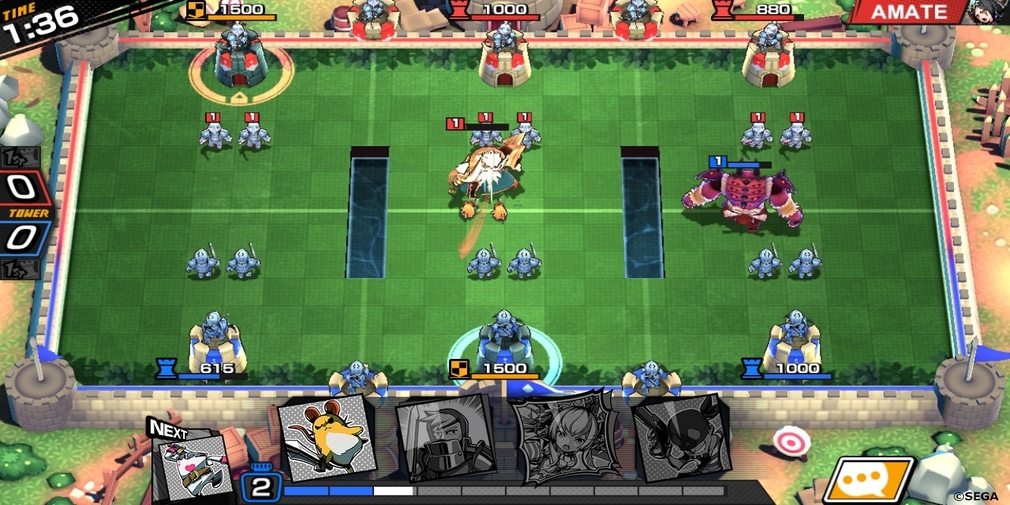 It will also players to watch other people's matches and place bets on the winner, which if you're correct will net yourself some in-game currency. The games can also be played in augmented reality if you enjoy seeing little gaming tables in the real world.

League of Wonderland will launch globally on 30th September. It'll be available on the App Store and Google Play where you can now pre-register if you'd like. It will be a free-to-play with in-app purchases.

League of Legends mobile details have leaked alongside some video footage