Santorini started life in 2004 as an abstract game about building towers. Each player had two pieces and, on their turn, they chose one to move one space and build in an adjacent space. You could add a tier to a building at any height, but only climb one level when you move. The victor was the first player to move a piece atop a three-high building.

Like most abstracts, this simple formula hid a wealth of depth. The fourth tier stopped movement or higher building. So, it was relatively easy to defend when your opponent got close to winning. Victory demanded a vicious cat and mouse game of trying to box enemy pieces in with tall buildings, leaving you the freedom to make a winning move. Of course, they were trying to do exactly the same to you.

Unlike most abstracts, Santorini was very dynamic and exciting, a real blow-by-blow affair. It also had a few variable player powers to add to the mix. So one player's piece might move two before building, for example. While the other could win if they moved down two levels. These represented the players taking the roles of ancient Greek gods.

But the game, with its plain wooden blocks, didn't look like much. So, like most abstracts, it got overlooked. That was until Roxley got the licence and created a new edition with sweet plastic towers and bright blue domes to cap them. They also added lots of new god powers, represented by cute cartoon art. 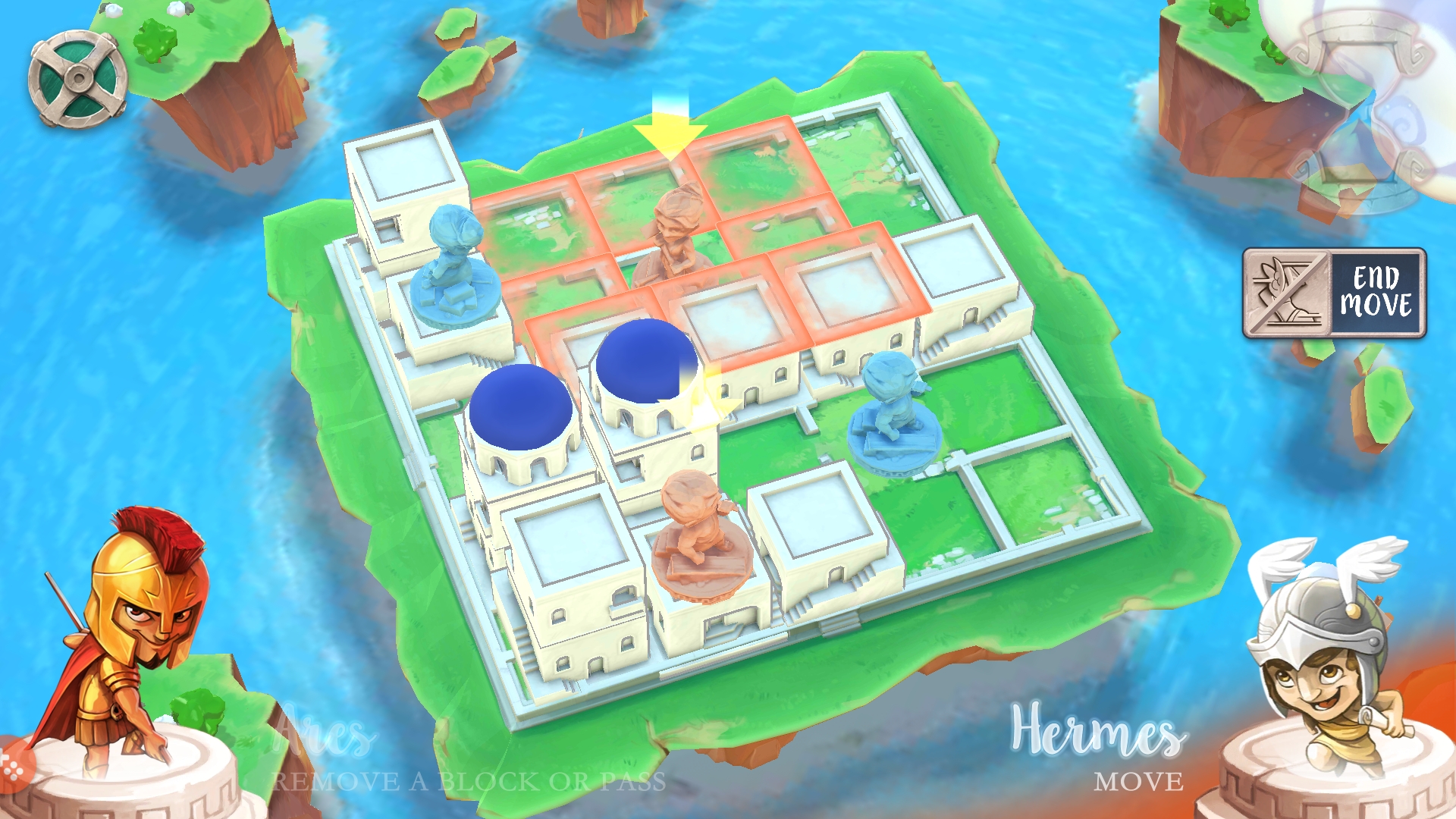 Suddenly, everyone wanted to play Santorini. Not only was it a deep, rich, gamer's game but it was simple and exciting and good-looking enough to be a family game. An expansion, the Golden Fleece, appeared with even more player powers and fun variants.

Now you can get the whole lot in one neat package on your mobile. And it is very neat indeed. It looks as good as the original, the board embellish with swirling clouds and moving ships. You can twist and turn the angle to ensure there are no problems seeing and selecting your pieces. But it's also worth doing it to admire the blazing whites and rich blues of the growing towers.

And you'll need to twist and turn as the spires loom above your pieces. Santorini rewards both well-considered and aggressive play. There's no randomness unless you choose random God powers, although some match-ups are fairer than others. Play demands a careful balance, watching to defend against potential winning threats while advancing your cause when you get the chance. Yet for all that it resembles dusty, dry classic abstracts such as Chess, it's fast-playing and addictive. 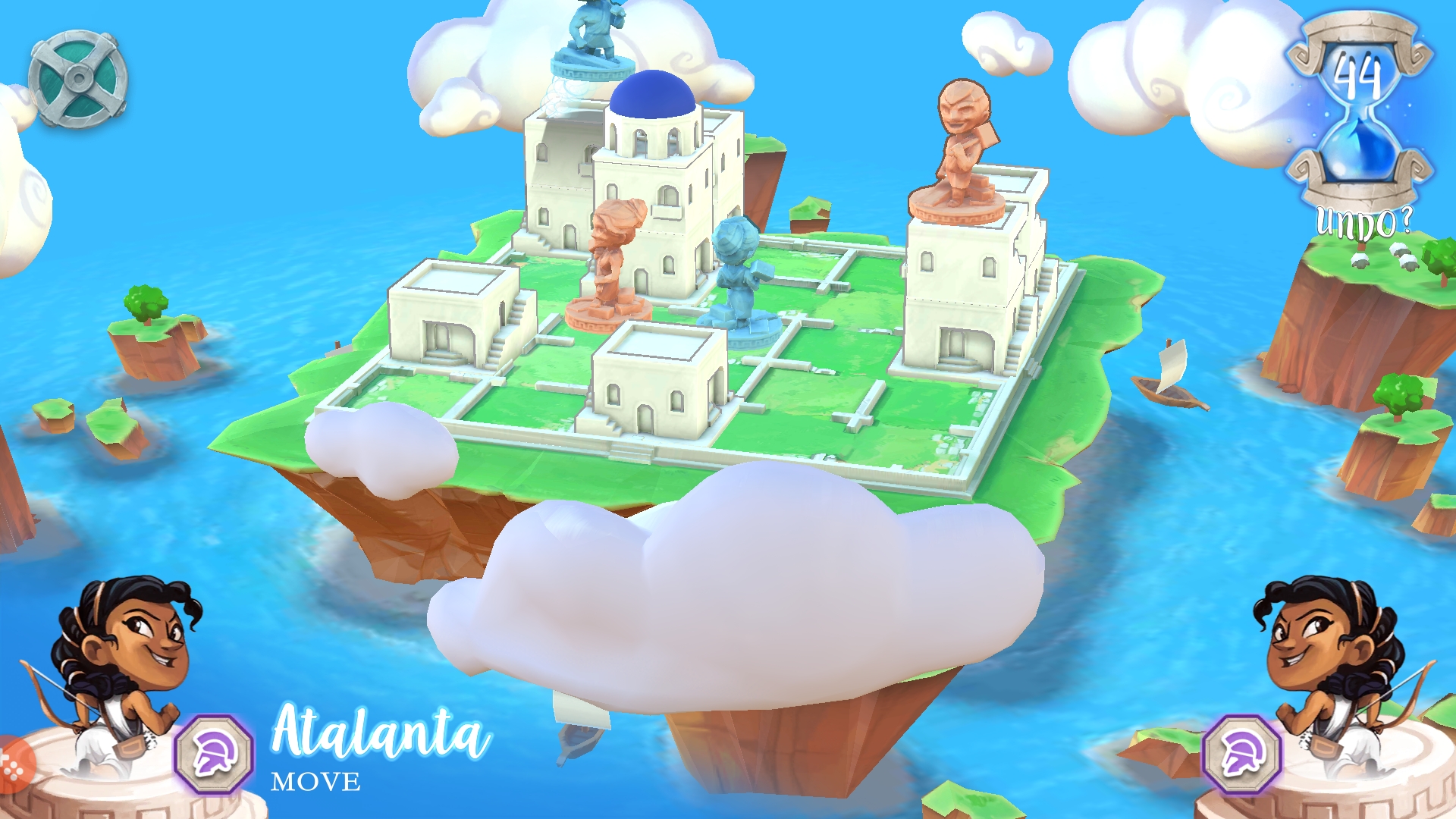 That speed of play is perhaps why Santorini takes a shortcut in the online department. It's standard for modern board game adaptations to have asynchronous play, where you can start a match online that plays out over days or weeks.

But while you can play online here, it's real-time only. Although that's kind of passable because matches are short, it still feels like a baffling omission. And it has unfortunate knock-on effects. Because you can't set up a game and leave it to wait for an opponent, it can be hard to find a matchup when you want to play.

Thankfully, there's a whole single-player campaign to compensate. This isn't the most imaginative setup, seeing you battling against a series of Gods and increasing AI difficulty. But it's a lot more fun than open-ended solitaire play. There are branch points where you can bypass enemies you don't enjoy or can't beat and it's satisfying to see your progress notch up. 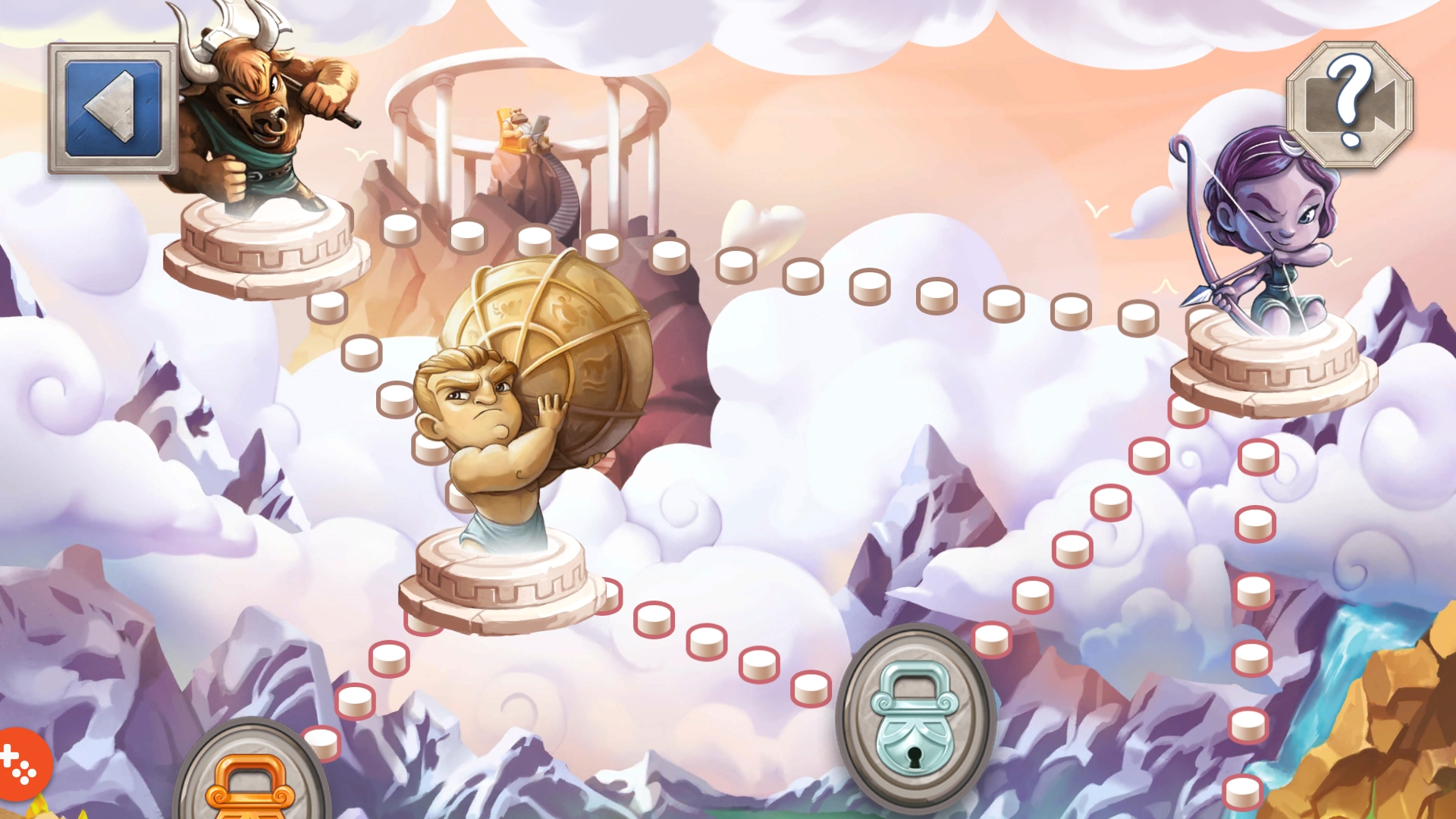 One-off solo matches are also an option, and the toughest AI level is very tough indeed. There's also pass and play so you can enjoy it with a friend. The variety of God powers is impressive, given the game's simple framework. Hephaestus, for instance, can build an extra block atop their first. Demeter, meanwhile, can build an extra block in a different space. Yet the two feel completely different in play. So there's enough content to keep you entertained over many games.

Should you wish, you can unlock even more God powers through in-app purchases. But that's only necessary for die-hard fans. And really, with its ambrosial magic of combining accessibility and depth, Santorini is for everyone, not just board gamers. Try it, and you might find you become a die-hard fan faster than you think.

A lovely adaptation of a board game with deep mechanics and wide appeal, let down only by lack of a few online features
By Matt Thrower
| Jul 30, 2019 |
iOS + Android
Find out more about Santorini

The 6 best family board games to play this Christmas