Dream Daddy made waves when it was first launched in 2017, thanks to its cute art style, wealth of dad jokes, and it being one of the first major games to feature such a breadth of gay characters.

Two years later and it's made its way to mobile, so now you can flirt with dads on the go, whether you've cracked on before or you're a fresh-faced babe in the land of dads.

The whole game is present and correct, though it's lacking a couple of features you'd hope for from a dating sim, and its transition to mobile hasn't been the smoothest.

I used to be indecisive

Dream Daddy has you build your very own dad, before moving into a sunny cul-de-sac full of dads who are (mostly) single and (definitely) ready to mingle. 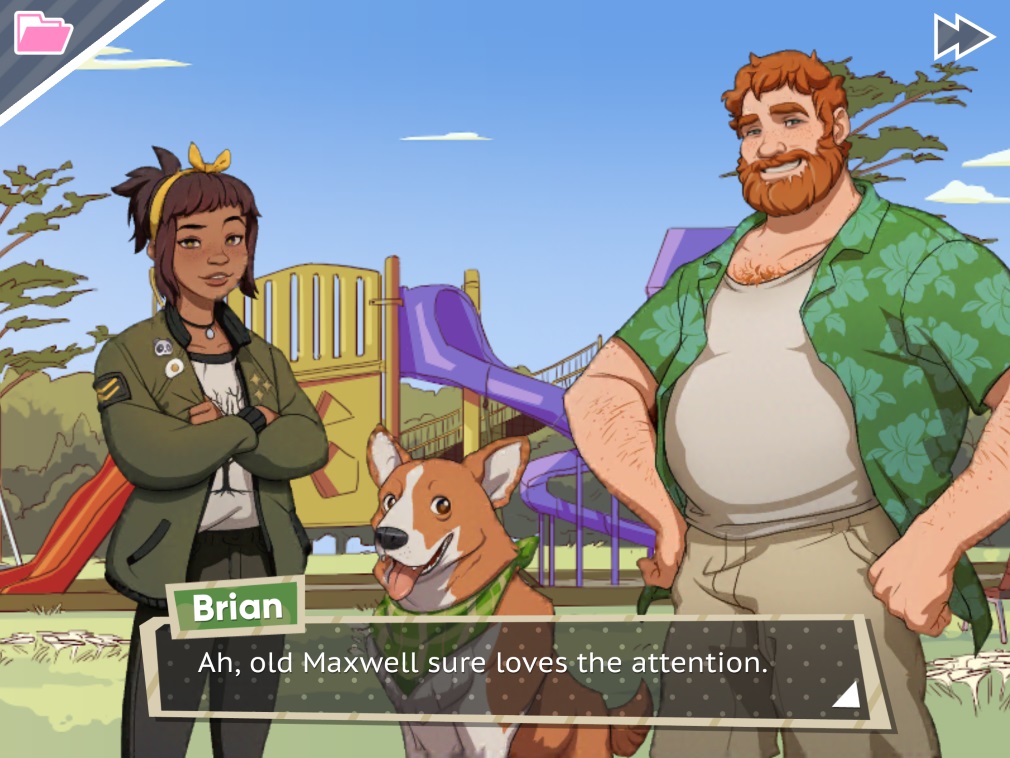 After the obligatory prologue where you meet the range of dads on offer - Grill Dad, Book Dad, Cool Dad, Vampire Dad, the usual - you're then given free reign to message whichever dad you like best on DadBook and go out on a date with them.

And like in other dating sims, you'll need to make the right dialogue choices during these dates to ensure the dads like you and want to keep dating you.

So far, so standard. But Dream Daddy's dialogue manages to elevate the experience, bringing together witty dialogue with sometimes uncomfortable storylines, drifting between silliness and seriousness with relative ease.

It's a very particular humour, of course. If you're not one for terrible puns and other "dad" jokes, you'll probably hate half of what's being said. But it's inoffensive and ridiculous in all the right ways, and it's hard not to enjoy chatting with the other dads as you try and woo them.

But now I'm not sure

What is hard to enjoy is the mini-games. These crop-up on specific dates, forcing you to quickly learn a new, simple way to play the game and ensure you get a good rank on your date.

Admittedly, these mini-games break up the text-heavy nature of Dream Daddy - it's a dating sim, after all. But like the Newgrounds games that tried this approach long ago, it fails to offer any actual fun, and the mini-games end up just feeling like speed bumps on your path to dad smooching.

There's also no conversation log to fall back on if you miss what's been said. It's a staple in dating sims for good reason - here, its absence feels like a serious blow to the overall experience. 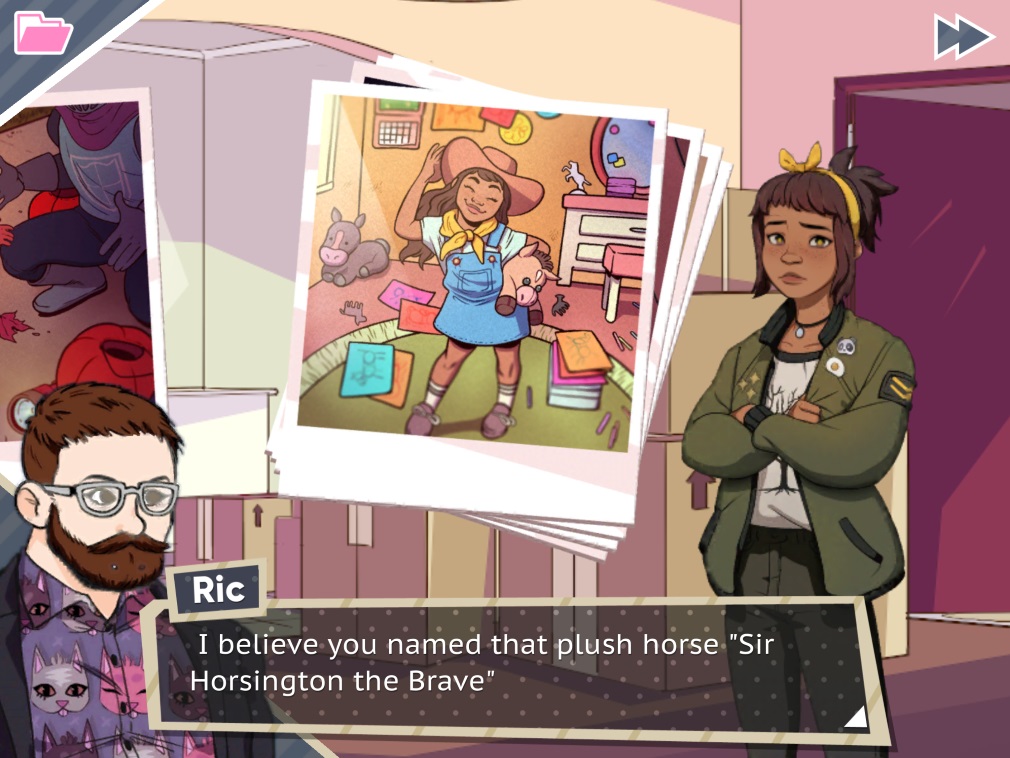 The mobile port isn't exactly spectacular either. Images look a little fuzzy on larger screens, and conversation choices are grouped precariously close together, meaning that fat-fingered players are likely to smudge the wrong option by accident and potentially cost themselves a future date.

You're also sometimes greeted with huge walls of text to sift through, which can be a little jarring and lead to you inching your thumb ever closer to the fast-forward button hovering at the top of the screen at all times.

Thanks, I'm here all week

But overall, Dream Daddy remains a charming, silly dating sim that is sure to bring a smile to your face, unless you truly despise a good dad joke.

It's bright and colourful in both its visuals and its dialogue, and it's nice to live in a fantasy world where everyone can be gay and happy and not get abuse from others for it. At times, you do need that escape.

Its mobile port isn't the greatest, but if you've yet to experience Dream Daddy and want to give it a whirl, it's not a bad place to start.

Dream Daddy brings its love and charm to mobile intact, but its presentation could have done with some more care and attention
By Ric Cowley
| Jun 27, 2019 |
iOS + Android
Find out more about Dream Daddy: A Dad Dating Simulator
SEE COMMENTS

GAME OF THE DAY - Axe.io is one of the finest arcade multiplayer experiences for mobile