There seems to be a trend of cute-looking games that are actually stupid-hard these days, and The Swords of Ditto: Mormo's Curse is no different.

It may have gorgeous, Saturday morning cartoon-esque graphics, but it's actually a tough-as-nails roguelike which wants to see you suffer repeatedly as you try and take on whatever it throws at you.

But it ends up being more frustrating then it is challenging. It's deliberately obtuse, its pacing is all over the place, and it never really capitalises on the varied ideas it offers up.

Deja vu all over again

The Swords of Ditto sees you being woken up by a ghostly dung beetle, told to pick up a sword, and sent off into an open world to go and kill the evil witch Mormo.

You can't just kill Mormo right off the bat - well, you could try, but you'd likely fail. Instead, you need to grab a few Toys of Legend, defeat some boss monsters, and level yourself up before you can stand a chance at the final battle. 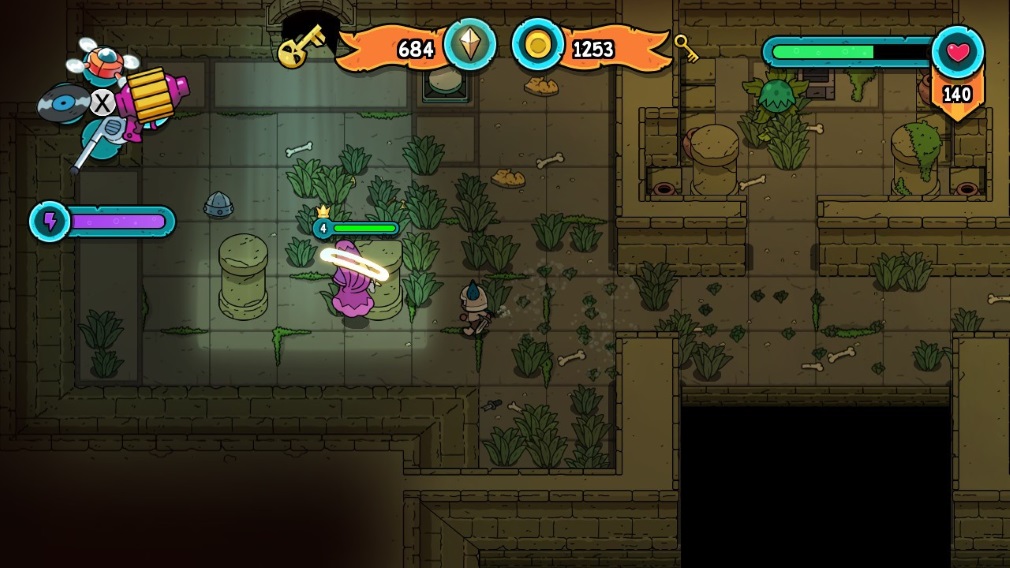 And you've got to do all this in just a few in-game days. Get to the final day without having done the above tasks and you'll find yourself pretty screwed in that big final battle.

So you set out into the world, titular sword in hand, to get yourself some new Toys and skills. Except you have no idea what you're doing, where you're going, or how to do anything.

There's a quick tutorial when you kick off the game, but it doesn't even cover the basics of how to attack with a sword. There's a plethora of menus on offer, but no explanation of how they work.

The tutorial teaches you some of the mechanics, but ignores a lot of the more important ones, seemingly assuming that you'll just figure it out as you go. Which, sure, you do, but it's still frustrating to be taught so little and then be expected to understand everything else.

Actual gameplay is pretty standard hack-and-slash, complete with a roll to evade attacks and a three-hit-combo to dish out basic damage. Your Toys usually have offensive capabilities too, but these come at the cost of some magic power - which, again, isn't mentioned in the tutorial.

Enemies respawn once you return to an area, so you're never short of things to kill, but after a while you'll stop bothering with a large chunk of them since you level up faster just by completing quests and you simply don't have the time to fight everything.

Side-quests pop up from time to time, but they're so few and far between that they're pretty easy to ignore. And some of them will just be "go to this location", which can't exactly be turned in for a reward, which is super weird.

Some of the Toys are pretty interesting to use, and they make for some clever puzzles within the game's many dungeons. But combat-wise, you're best off smashing away with your sword until whatever you're fighting dies, because everything else is just a bit cumbersome. 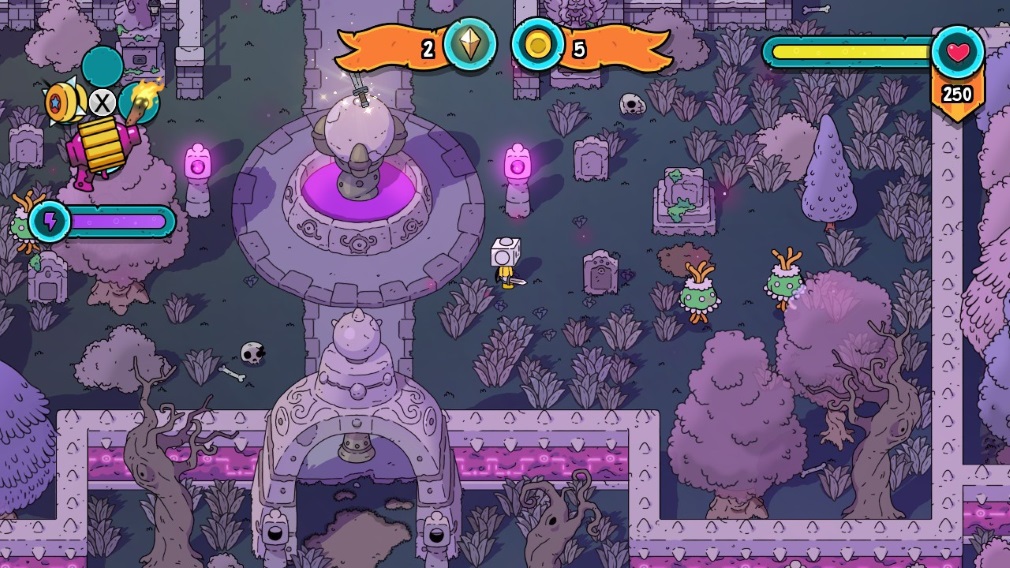 You can also equip stickers, but there are some pretty obvious choices for which ones to use. You're never really encouraged to try new setups or equipment since the sword really will solve pretty much every problem you face.

Look, The Swords of Ditto has a lot of surface charm. Its cartoon graphics are beautiful, and you'll honestly never get bored of looking at and its many minor details as you play.

There's hints of a story to find and some lovely, charming dialogue scattered throughout, but the game seems to steer you away from the writing as much as physically possible, meaning you have to really try to seek out the story if you want to get invested.

The whole thing feels like a bit of a squandered opportunity. The Swords of Ditto has its charming moments, but you have to dig through some repetitive combat if you really want to get to the meat of the matter. And it's simply not engaging enough to encourage that level of dedication.

The Swords of Ditto

The Swords of Ditto looks beautiful and has some smart ideas, but it unfortunately bogs itself down in repetitive combat and obtuse systems
By Ric Cowley
| May 7, 2019 |
Switch
Find out more about The Swords of Ditto
SEE COMMENTS