There's a time and a place for sexual comments. And, generally, that time and place does not consist of the workplace, nor the end of the world.

Our World is Ended gleefully ignores this, and ensures that you go no more than a few bits of dialogue before some says something that should get them sacked instantly.

And it's a shame too, because if you cut all that out, you'd have a wonderfully intriguing sci-fi story and some of the most beautiful, varied artwork in a visual novel you'll ever see.

Our World is Starting

Our World is Ended sees you, Reiji, the classic bumbling visual novel hero, working for a small game development team in Tokyo which has stumbled upon a major technological advancement in AR and VR.

Without wanting to spoil the story too much, you're rapidly thrown into a neat take on the "getting sucked into a video game" trope, and everything starts to go horribly wrong from there. 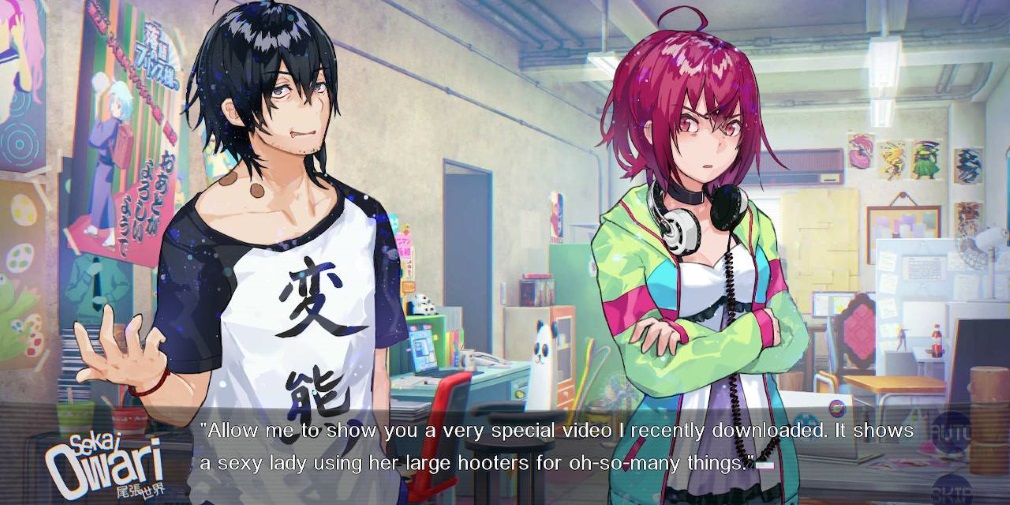 Most of the time you'll be simply progressing through dialogue, but from time to time you'll get to make some minor choices which affect how other characters see you, helping to steer you towards certain endings further down the line.

There's also the Selection of Soul mechanic, which gives you a scrolling wall of choices which disappear before long, forcing you to make a choice quickly or face a scenario in which you say nothing at all.

This mechanic does add a twist to the usual visual novel formula, but your choices only appear once and are often pretty limited, so you generally have to make a decision before you've had a chance to mull over what will happen next.

Our World is sickening

You can't have a visual novel without a wacky cast of characters, and the rest of the Judgement 7 dev team certainly isn't lacking in over-the-top caricatures of human beings.

Each of these characters is as one-dimensional as they sound, and it takes a lot of time and investment in each of them before you start to uncover anything interesting about them.

And that means battling with the script, which isn't just littered with spelling and grammar errors right from the word go, but also endless "jokes" about sexual assault and paedophilia which add absolutely zilch to the story.

It's an interesting story, too. If you can stomach the gross dialogue, you'll find a tale full of twists, turns, and unexpected moments that'll have you desperate to find out more about the world.

And this may go without saying, but Our World is Ended is really, really beautiful. The character designs are fantastic and full of colour and life, while the backgrounds are wildly varied and a true treat for the eyes.

There's no true animation here, but the team has done a lot with a little, focusing its efforts on character placement and movement within each scene. 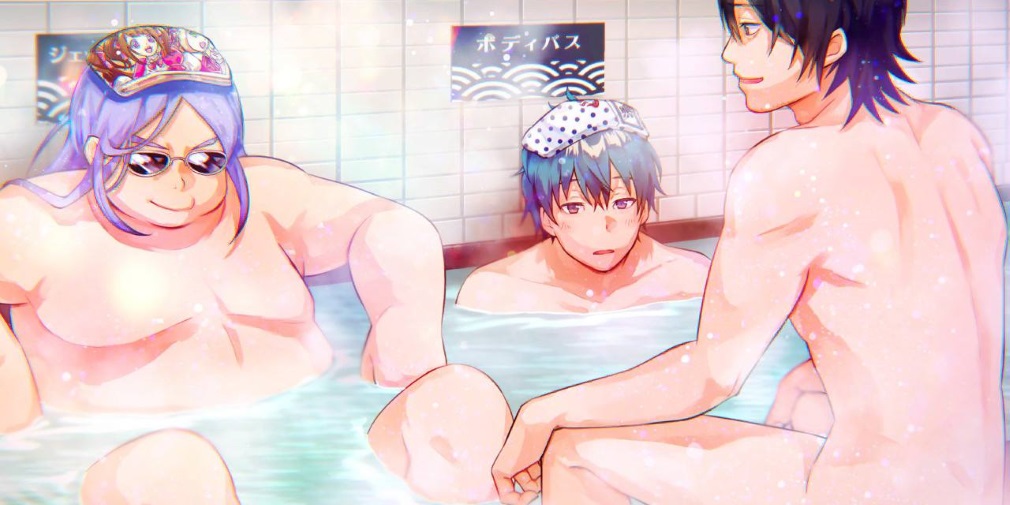 It doesn't skimp on the details either - characters blink and move their mouths when speaking, adding an extra level of depth missing from most visual novels.

Our World is confusing

It's a shame that Our World is Ended just can't get past its frat-boy exterior to dig into the actually interesting parts of its story.

If Our World is Ended got its mind of the gutter for five seconds, it might realise that it's got a lot more going for it than its crass humour. Instead, it just keeps doubling down, making it harder and harder to recommend to anyone other than the hardcore visual novel fan.

Our World is Ended

Our World is Ended could be a brilliant, interesting sci-fi visual novel, but it's too busy telling crass jokes and harassing women to care
By Ric Cowley
| Apr 29, 2019 |
Switch
Find out more about Our World is Ended