And cousin, that 'aint me

It's a realistic take on tanks in World War II, with the player commanding a small force around maps and engaging in grand strategy to try and win the war for whichever side they choose.

Which is not how I play games at all. When I play a strategy game, I want to go charging in with everything I have and face the consequences afterwards. Not think about the consequences for ten minutes before making a move.

Battle Fleet: Ground Assault does not let you do this. Each unit has its own turn in battle, and you can only use two actions on it each turn. Then you move to the next unit in the order. And then the computer makes a move.

Big ol' tanks can't go very far very fast, so there's a lot of crawling around getting set up in the opening stages. You also have to set your rotation after a move, allowing you to readjust yourself and not leave your weak points open.

Smaller tanks move a lot further, and naturally, being a gung-ho idiot, I sent my smallest tank on ahead of my bigger hitters to try and get some action going.

My chosen map being Italy, the action is hiding away in a vineyard, where three tanks were apparently invisible until I obliterated a small fence under my tank tracks.

And by the time I'd got there, I was out of moves. So, I got obliterated myself, only this time it was by three tanks who totally surrounded me and started shelling my poor tank from every angle.

My larger tanks still miles away, I decided the next best thing to do would be take pot-shots at the enemy from afar. This, my friends, is not how the war was won.

Taking a shot at the enemy consists of choosing your angle, then adjust the power bar to decide how far you want your shot to go. 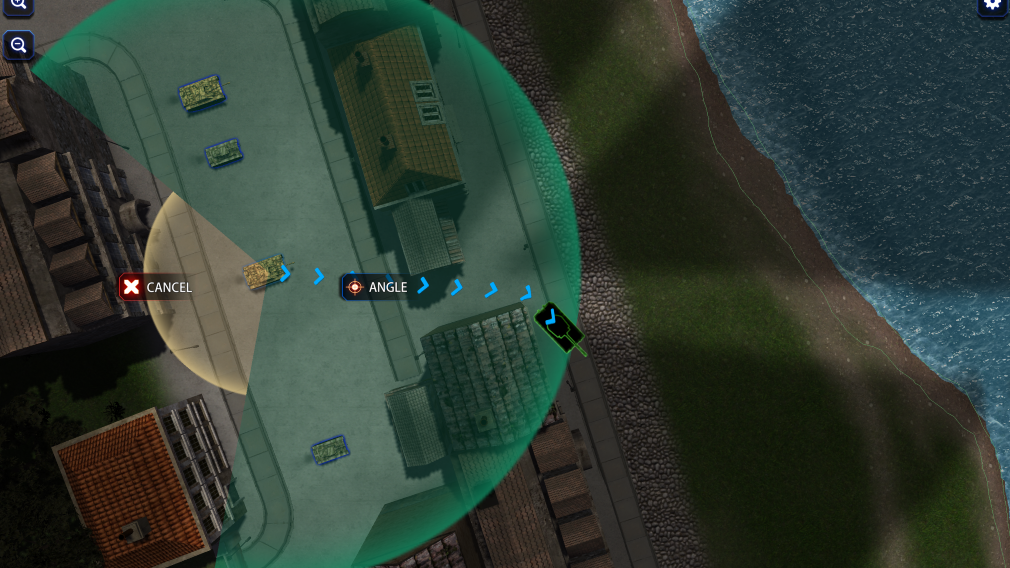 The problem is that you don't actually know where it's going. The game simply doesn't tell you. You can do some vague distance measurements yourself, but it's still a bit of crapshoot.

My first shot simply limps out of the turret and falls no more than 15 feet from my tank. But I'm undeterred. I fire another shot. This goes 20 feet.

As I said, this is a particular game for a particular person. Not a rash, foolish man like myself who then proceeded to whack the power up all the way and see where the shout would go.

Sailing over the head of my enemies is the answer. And then I got shot at some more until I conceded that I was not the target market for this game.

Battle Fleet: Ground Assault is definitely appealing to a hardcore strategy market. Its graphics are middling and its combat is confusing, unless you're willing to take the time to learn it.

If you're one of those people and you've got $15 to spare, then hey, knock yourself out. Me? I'll go back to something a little more light-hearted, thanks.