Claybook Switch review - "More beautiful than it is fun to play"

In this dark, grim world we find ourselves living in, there's nothing better than finding a game to play which is bright and beautiful without a hint of darkness beneath.

Claybook is one such game, a gorgeous, bright game almost entirely made of clay, free for you to build and destroy within.

But while it may look the mutt's nuts, the game itself isn't all that interesting. Unless you're a fan of slightly frustrating physics-based platforming or building your own levels, this may not be the game for you. 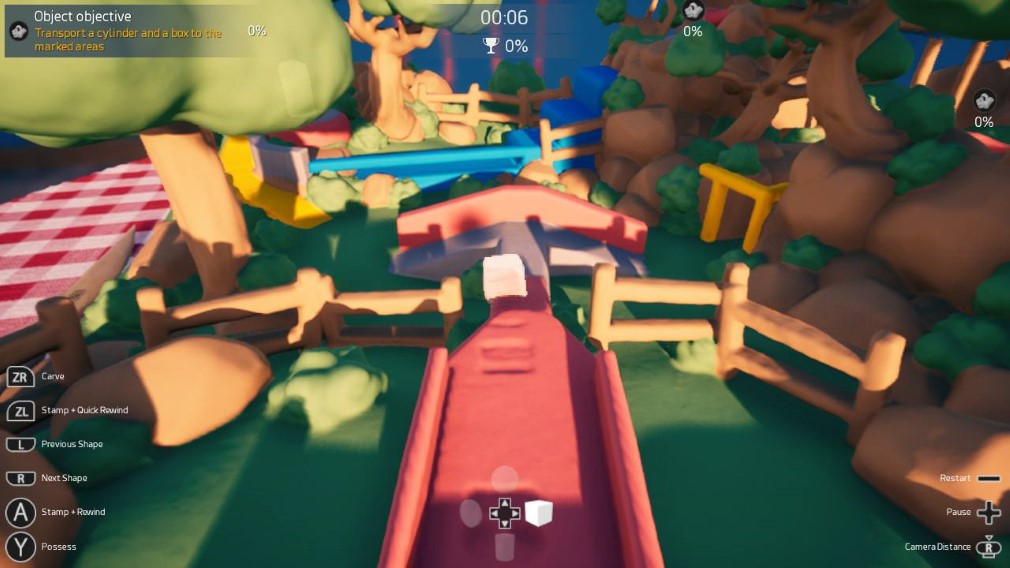 This may be getting certain objects into specific locations, absorbing a certain amount of chocolate located throughout the level, manipulating water into different receptacles, and more.

The key thing here is that you can't jump. You roll your clay around the level, finding steps and slopes to ascend, and need to strategically fall off things to get to higher locations.

You can, thankfully, rewind time should you screw up and plummet somewhere you didn't mean to. Rewinding also makes a copy of your object in the location you started rewinding, which can be used to create a new set of stairs, for example.

It's all pretty simple, honestly. You're not going to struggle to solve many of the puzzles, though some of the three-star ratings are pretty tough to hit if you're not willing to get a handle on the controls.

Slipping through my fingers

And the controls really are quite finnicky. With everything being made out of clay, you tend to destroy everything you touch, making progress more difficult the longer you stay in a level.

On top of that, given the focus on physics in the gameplay, you're going to just bounce and fly off basically everything you touch. Fun for streamers who like to scream in frustration, not so fun for everyone else.

You can blast through the main levels pretty quickly - there's 20 in total, and they feel more like introductions to what can be made in the game rather than a full game in themselves. 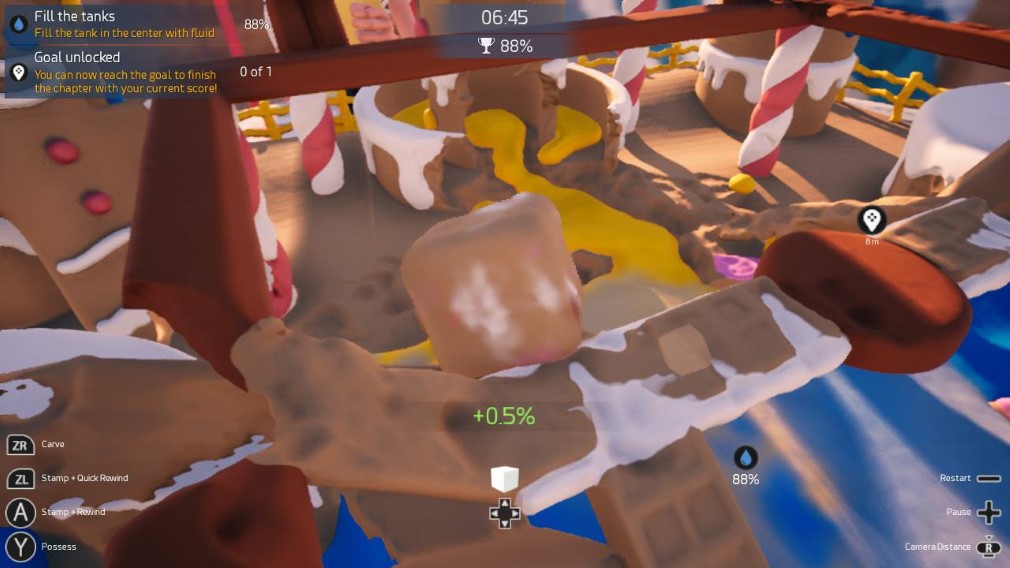 Instead, you're invited to create your own levels using the game's tools. It can be quite tricky to get the hang of - again, the controls here aren't the best - but if you're willing to put in the time, you can create some magnificent places to play.

It's a shame, then, that the online community so far hasn't bothered to do so. Finding a good player-created level to mess about in is harder than finding the world's smallest needle in a haystack the size of Texas, and that's with the cross-platform play option turned on.

Despite all that, there really is something quite interesting about Claybook. That's mostly down to the graphics, which are bright and crisp no matter where you look.

All the developer-made levels are intricate works of art, full of colour and places to explore, and even when you squash everything into a murky, brown mess, it still looks quite spectacular.

As a meditative experience where you simply roll around and enjoy the sights, Claybook really shines. It's just a shame that the core gameplay is fairly uninspired.

Claybook is gorgeous and playful, but its core gameplay focus simply isn't compelling
By Ric Cowley
| Mar 13, 2019 |
Switch
Find out more about Claybook

App Army Assembles - Snakebird Primer gets our community in a twist