One look at Ape Out and you think you know everything it's about. It looks a bit like Hotline Miami. Sign it and send it, boys.

Only it isn't. Not by a long shot. Ape Out may look a bit like everyone's favourite murder-maze, but this is a whole different beast on a number of different levels.

It's fast-paced, ridiculous fun, and bloody as hell to boot. It does a lot with very little, and it has you coming back for more, and more, and more.

Ape Out's four chapters (or albums, as they prefer to be called) start in similar ways - you're a giant orange ape, and you're breaking out of that level's jail.

Your goal is to escape, possibly murdering everyone in your path as you go, or just legging it as fast as you can to avoid their bullets. 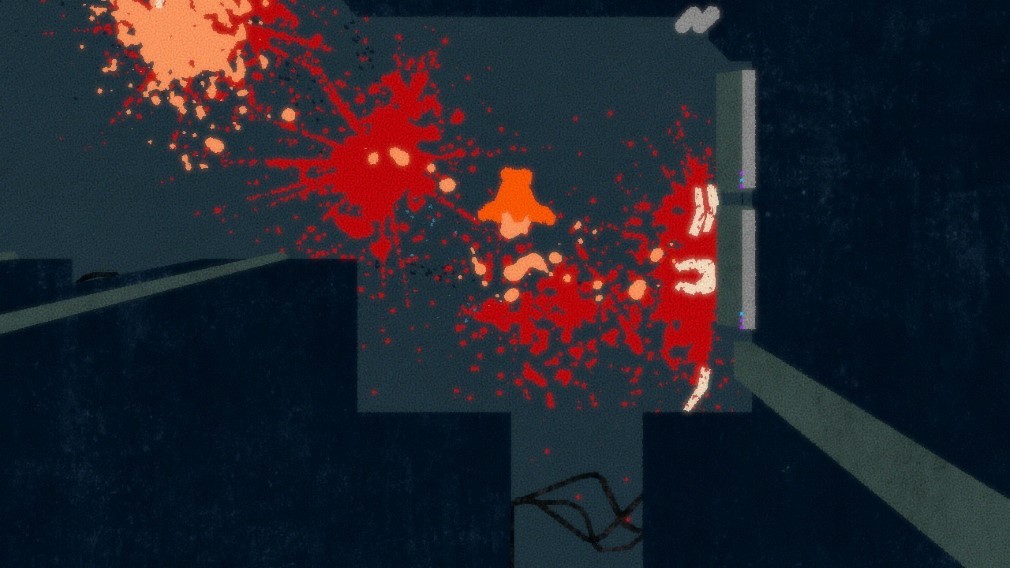 Beyond running, you only have two actions, which essentially boil down to grabbing and shoving. Shoving is perhaps the more efficient way to kill folks - push them into a wall and they explode into a gratifying splatter of blood and body parts.

Grabbing, on the other hand, has a variety of uses. For one, grabbing an alive enemy means you can use them as a human shield for a short time, granting you some breathing room from the onslaught of bullets.

You can also pick up the scattered body parts and use them as projectiles to take out enemies from afar, letting you pick off enemies without getting too close.

But there's layers on top of this. Grabbed enemies will panic and fire off a shot a second after you grab them, which you can use to get an extra kill if your aim is decent.

Some enemies have explosive backpacks - throw one of those into a group and suddenly you've got a nice, bloody path cleared for you.

The variations between chapters are small but significant, each affecting how you approach your runs and use your limited toolset to reach the goal.

On top of that, each level you face is procedurally-generated. Every run through a level feels quite different, though not completely - it's less a random generation, and more like the same building blocks of a level being jumbled up each time you tackle it.

It means that while each level feels fresh no matter how many times you have to tackle it, you still gain some familiarity - you learn which block comes next, even if you don't know the exact form it will take.

And you'll be facing these levels a lot. Dying comes quickly in Ape Out - three hits and you're dead. Death also comes with a zoomed-out view of the map you just faced, plus a line showing your path through it, so you can see how close you came to escape each time you die. 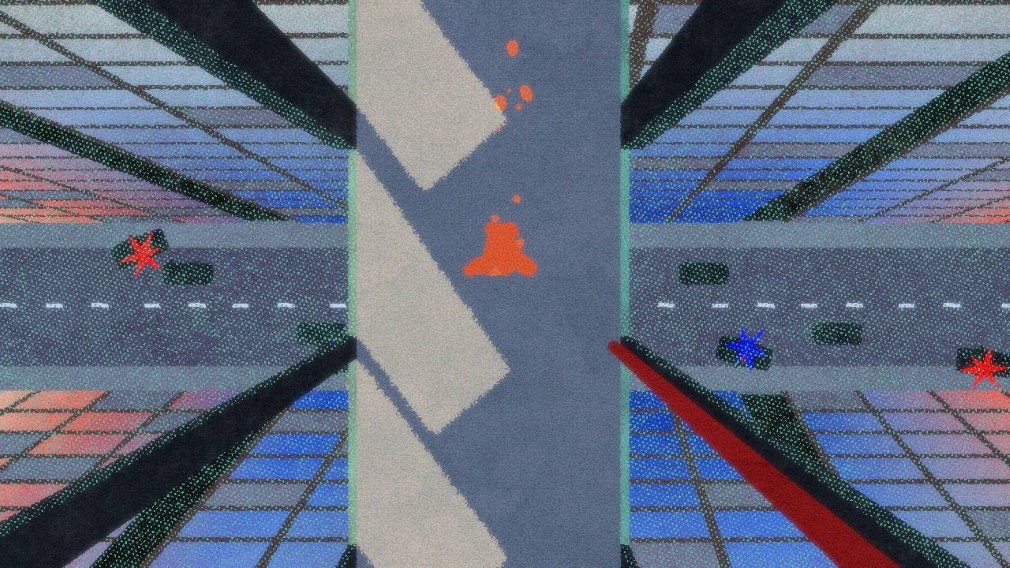 But you'll keep coming back. The bizarre, stripped-back visuals help, making every scenario almost instantly readable even as you barrel through it at breakneck speed.

The music is stellar, taking its cues from the drum-based soundtrack of the brilliant film Birdman and creating a pounding, primal rhythm to everything, tinged with a joyful jazzy air.

The levels are short and sweet, so you can sail through them once you get the hang of things and truly feel like the king of the jungle - until you try tackling the "Harder" difficulty and fall flat on your face again.

It's not perfect - load times can be a bit of a pain, for example. And once you're done with the 31 main levels and their harder variants, all that's left is an arcade mode, which drops you right back into the same levels in the same order, but now you have a time limit.

But holy hell, Ape Out is good. It's silly, brutal, tough, but fair. It gives you just a few inputs, but a wealth of outputs to play with. And it looks and sounds beautiful.

It has some minor flaws, but don't let them discourage you. If you're looking for a game with that "just one more go" hook, then you need to play this immediately.

Ape Out is balletic violence with a healthy dose of silliness, and a very worthy addition to your Switch
By Ric Cowley
| Feb 28, 2019 |
Switch
Find out more about Ape Out
SEE COMMENTS

Interview: Outworld Battleground’s developer on what sets it apart from PUBG and co.

Wreak havoc as a rampaging gorilla in Ape Out, arriving this winter