Some things just shouldn't be messed with. Cheese on toast, for example. Or, for a more relevant suggestion, fairy tales.

Cinders takes the classic Cinderella story and turns it into a darker, more mature tale - a sentence which ordinarily would drive fear into just about anyone's heart.

But with a mix of clever, interesting writing and gorgeous artwork, it avoids the usual dark fantasy pitfalls and makes for a wonderful, witty, and smart story about women and power, all while retaining the core classic story we grew up with as children.

Cinders largely sticks to the original script. You, the eponymous Cinders, are essentially a slave to your stepmother and stepsisters, doing chores for them as they please, and generally being abused for no good reason.

There's a ball to attend to, the prince is looking to marry, blah blah blah. It's all in there - if you want it to be. 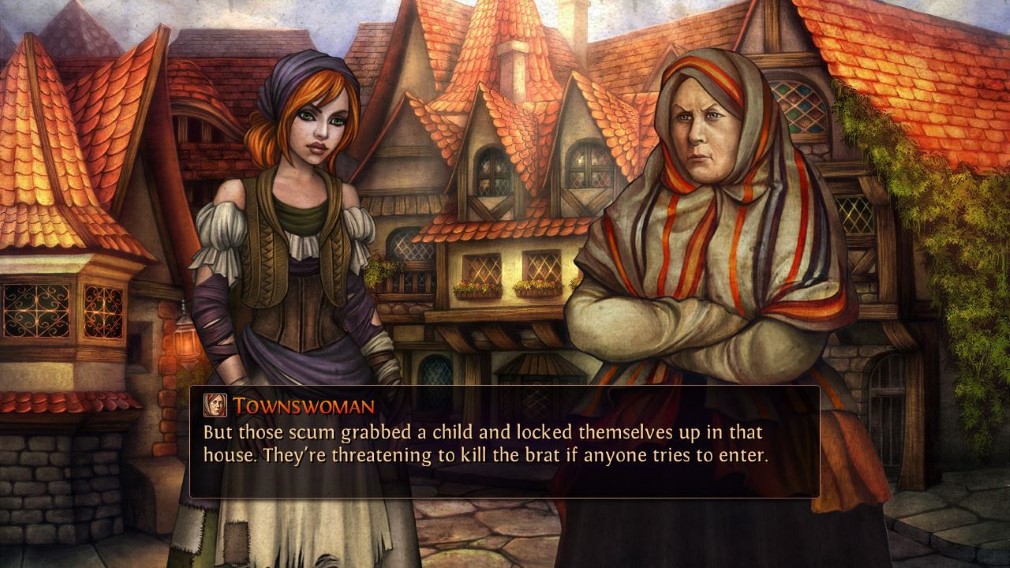 See, you don't have to go off and marry the prince if you don't want to. There are tons of branches to follow instead if a royal wedding isn't your scene, and part of the fun is exploring all of them.

Perhaps you'll befriend the murderous, drunk Captain of the Guard? Maybe you'll fall in love with your childhood friend? Or maybe you'll just sod them all off and become an evil matriarch just like your stepmother?

Without spoiling too much, they're all viable options. There are plenty of side characters to forge relationships with which help steer the story in different paths, but crucially, it always feels like you're in control of your destiny.

On the right track

There's no point in Cinders where you feel like your choices don't matter. Even seemingly insignificant dialogue options can alter your future, and while some story beats may feel a little unexpected, everything makes sense with what you've done in the past.

This is largely down to the game's brilliant writing, which manages to cram a lot of detail in without force-feeding you endless reams of backstory you don't hugely care about.

Some of this is because it's based on an existing tale - practically everyone knows the story of Cinderella, so there's no need to explain it in too much detail. But it also knows what to tell you and trusts you to pick up the pieces elsewhere, letting you fill in the blanks for yourself. 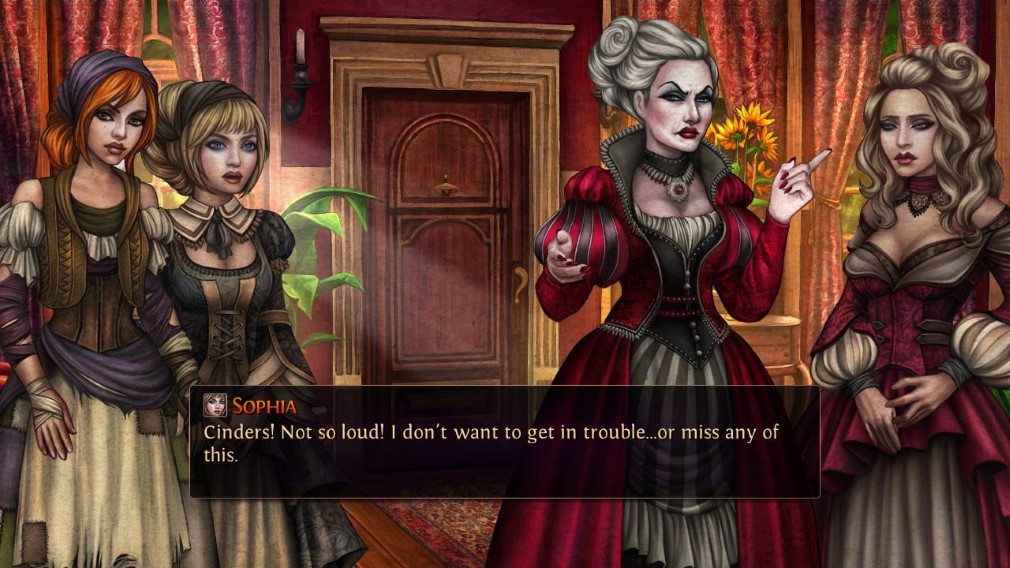 And while it stays mostly true to the source material, it does a great job bringing a modern, feminist twist to everything. I never thought I'd grow sympathetic to the evil stepmother in the Cinderella world, for example, but she's fleshed-out in a way that other retellings never bother to do and makes for one of the more interesting characters in the game as a whole.

It's also great to look at. Even on a small screen, Cinders' dialogue is entirely readable, and its beautiful artwork is tinged with darkness and menace. The backgrounds alone are worth shouting about, with tiny details here and there which make them truly come to life.

Overall, Cinders is a brilliant retelling of a classic tale, and a fine example of how visual novels should be done.

Its writing is clever, it has plenty of meaningful choices and narratives branches to follow, and it looks wonderful to boot.

If you're not a visual novel fan, this may not be the game to tempt you over. But if you're in the mood for a smart twist on an old tale, you really must check it out.

Cinders is a magnificent example of how to update an old story for a modern age, and visual novel fans should pick it up immediately
By Ric Cowley
| Feb 19, 2019 |
Switch
Find out more about Cinders
SEE COMMENTS