The Modern Combat series is one of those long-running Gameloft staples that every mobile gamer comes across eventually - there's precious few military shooters on the App Store, after all.

It's always been a mobile series, but now Modern Combat Blackout, the fifth entry, has been ported over to Switch, a console in dire need of more quality first-person shooters.

This isn't it, dear readers. It's a perfectly serviceable shooter, and there's spots of fun to be had amongst its bombastic singleplayer mode, but a formula which worked well on mobile simply hasn't translated well to a console experience.

Who turned out the lights?

Modern Combat Blackout's campaign is ridiculous, confusing, and ultimately just a fluffy excuse to shoot as many bad guys in the face as you can.

You run around each level, shooting dudes, throwing grenades, and trying to score headshots. There's nothing in here that you've not experienced before. 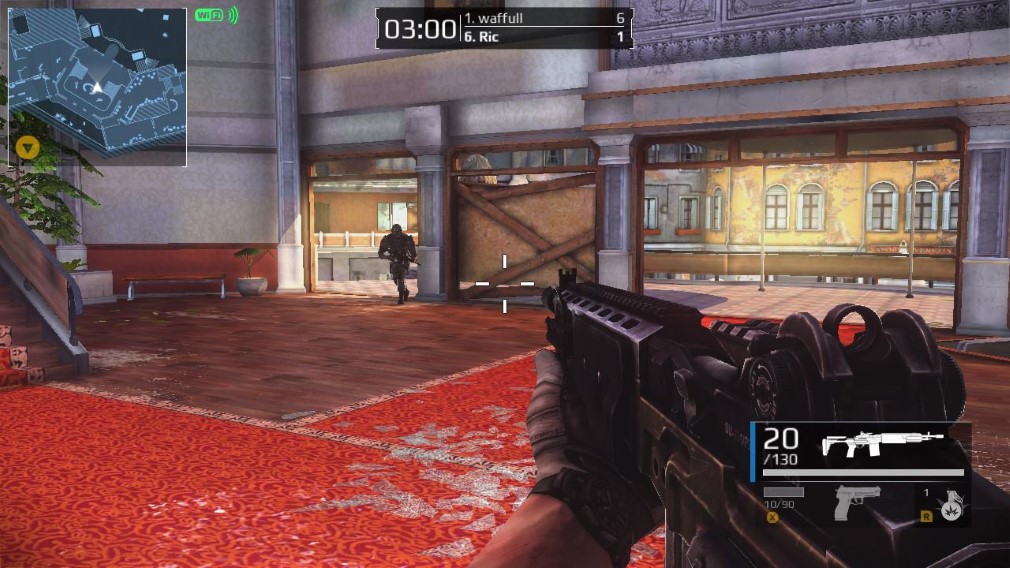 The controls take some tweaking to get right - having gyroscope aiming and auto-run on by default is baffling, given that neither of these control systems are particularly helpful in the heat of a battle. Once you get the buttons right though, it's kind of fun. Missions are kept short and sweet, as in the mobile release, and there's plenty of guns and explosions going off all around you to keep things interesting.

Outside of main story missions you've got "spec ops" side missions to complete, which offer a straightforward objective to complete in areas you've already visited. Complete enough missions and objectives and you level up, unlocking new classes and weapons as you go, which can also be levelled up simply by killing people with them.

These weapons can then be taken with you into online battles, which features the usual selection of game modes to face off against people in.

Everything here has been done before, and Modern Combat Blackout manages not to do it as well. The action feels cramped somehow, with a tiny field-of-view which doesn't let you see too much of the level at any one time.

Not that there's much to look at - this definitely still looks like a mobile game. On a smaller screen in 2014, you could get away with the graphics on show. On a Switch, on a TV, in 2019? Nope.

Cutting up the levels into smaller chunks feels wrong on a console, where you want to sit down and focus on the game for a longer period of time. And the progression, which locks off some character classes at ridiculously high levels, also feels unfair in this environment. 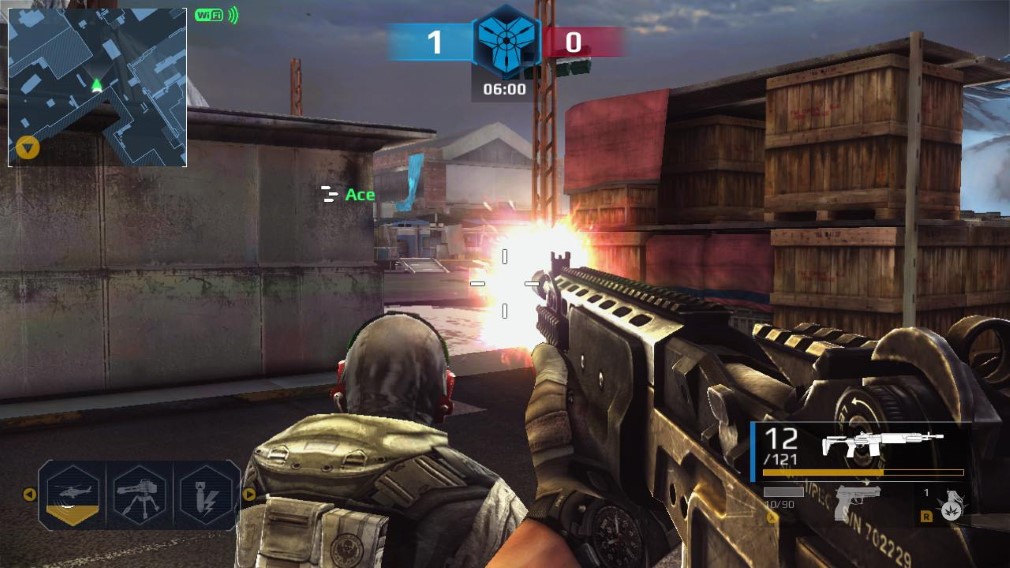 Essentially, Modern Combat Blackout feels like a bit of a rush job. It's the same design ideas as the mobile version, but with the IAPs hastily removed and a premium price tag slapped on.

And while I'm never normally one to baulk at the cost of a game, $20 is an awful lot of money for an experience that is still designed as a free to play game.

There's nothing inherently wrong with Modern Combat Blackout. It's got big, loud action scenes, enemies to pour bullets into, and a decent online multiplayer.

But it lacks any imagination or excitement, and it's retained so much of its mobile design that it feels totally bizarre playing it as a premium console game.

It's worth checking out on a rainy weekend if you've got an itchy trigger finger, but only if you're really bored and have cash to burn. Otherwise, you may as well just try out the mobile version instead.

You can click here to find out more about the mobile version, and how its ideas work much better on your phone or tablet