Roterra certainly has a unique look. Sometimes it works, other times it looks strangely unfinished - like the edges of the world are waiting to snap into place so you can continue your journey.

Underneath that strange aesthetic though there's a soft and soothing puzzler that takes its cues from Monument Valley. It's not as smart, nor is it as interesting, but there's definitely a lot to like here.

The puzzles are challenging enough that you're never going to pull your hair out trying to solve them, and there's a neat story about an escaping princess that keeps the whole thing moving along. Throw in the odd original idea and you've got an experience that, while not essential, is certainly worth checking out.

The game sees you controlling said escaping princess. You tap to move along the paths that make up the levels. Some of those paths don't interconnect though, which is where the puzzling part of the adventure comes in.

Some blocks are marked, which means they can be moved. Long press on one and it'll turn 90 degrees. You need to use this skill to connect the paths together and ensure that getting from A to B isn't just doable, it's possible.

The game adds new ideas with every level. There are blocks that can be rotated around their horizontal axis, revealing different shaped paths and platforms. Then there are buttons you need to push in order to allow some blocks to move. 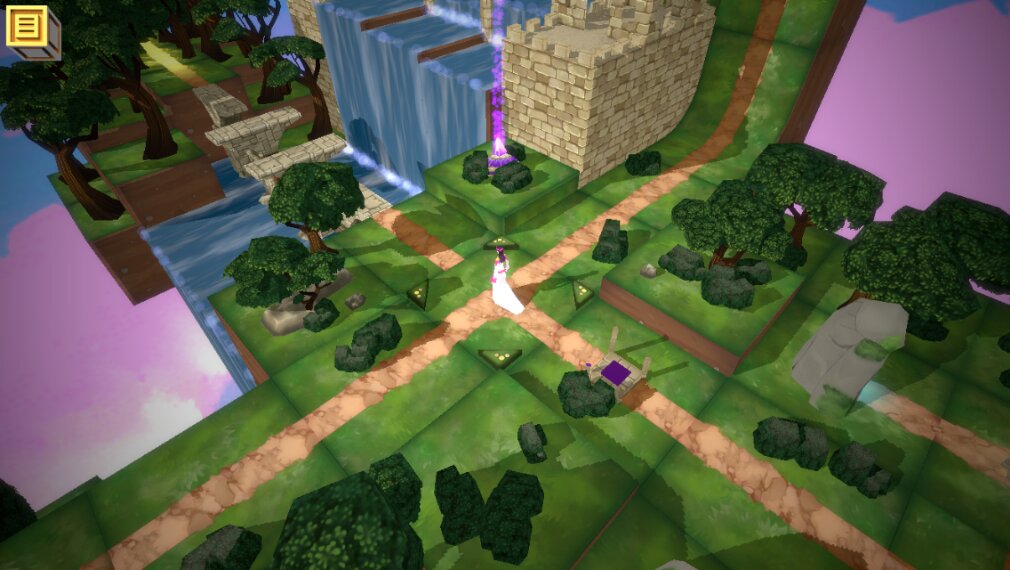 Everything here is decidedly linear. You'll walk along a path, find a problem, and follow the only route you're given in order to solve it. The game tries to get around that lack of exploration with lots of twists and turns, but they can't hide the fact that your choices are pretty limited.

That's not to say that there isn't fun to be had in Roterra - while you're playing it's unlikely you're going to be dissecting the experience too much, you'll just be enjoying the easy rhythm of the puzzles and the simple controls. It's afterwards, when you put the game down, that it's going to drift out of the memory a little too easily.

On top of that, sometimes things can get a little fiddly as well. If you're playing on an iPhone with a smaller screen, and you've got large fingers like me, sometimes it's going to take a few taps or presses to move the right block. That's a problem intensified by the fact you can't move the camera.

Roterra has its heart in the right place, and it's that charm that's going to get you through when things get a little bit sticky. There's not much in terms of replayability here either, so once you've finished the game it's unlikely you'll ever go back to it.

Which leaves you with that one playthrough. You probably will push through the game to the end, because it never tries to make it difficult for you. There are challenges to overcome for sure, but for the most part your progression through the game is going to be smooth and serene.

Is the game worth it then? If you're a huge fan of the genre then you're going to want to pick this one up - it does enough right that you're going to be able to ignore what it gets wrong. For the rest of us though, Roterra is the sort of decent game that it's worth checking out if there's nothing else out there that tickles your fancy.

Roterra has some nice ideas, but it doesn't do enough to make it into the upper echelons of the adventure puzzle genre
By Harry Slater
| Jan 31, 2019 |
iOS
Find out more about Roterra
SEE COMMENTS