Say what you will about Nintendo's decision to re-release basically every good Wii U game on Switch - at least we're getting some overlooked gems on the platform.

Such is the case is with New Super Mario Bros. U Deluxe, a slightly unwieldly title for another wonderful entry in the long-running 2D platforming adventures.

It's a mostly untouched revisit to the original game and its Luigi-flavoured DLC, save for the addition of Toadette, and that's no bad thing - but it does make for a slightly uninteresting release overall.

You know the story of Mario by now. Bowser kidnaps Princess Peach (this time in her own castle), Mario sets out to save her. This time, he's joined by Luigi, Toad, Toadette, and Nabbit, all of whom can be played in four-player co-op if you so desire. 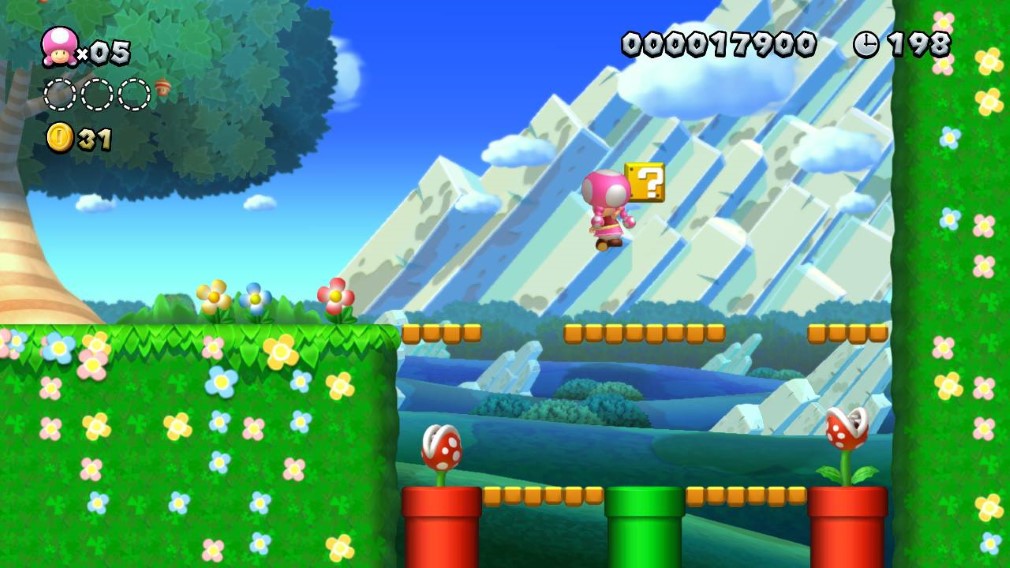 You move from left to right, jumping over obstacles, onto enemies, and into pipes. Each level throws up a new set of challenges to overcome, and things get harder as you progress further.

There are also enormous Star Coins to collect, often located in tricky-to-reach positions which require a bit of extra thinking to grab, but are only required if you're a completionist.

And then there's the power-ups. Alongside the usual Mushroom and Fire Flower, you've got the Ice Flower (exactly what it says on the tin), Acorn (lets you glide down after a jump) and Penguin suit (become… a penguin?)

Look, you've probably played some variation of this game before. But that doesn't stop it from being great. Nintendo know their craft when it comes to 2D platforming, and each level you face is challenging in its own unique way, while offering plenty of laughs and excitement, especially if you're tackling it with friends.

It's also pretty tough going. While you can blaze through the main story in an afternoon, you'll seriously need to work on your platforming chops if you want to 100% the game and see what the super hard Star Road has to offer.

And if you're suffering on New Super Mario Bros U, just wait until you try New Super Luigi U. Levels are totally remade into tougher versions, and while characters jump higher, they're also more prone to skidding right off the edge of platforms when they land.

Handily, you have two secret weapons - Toadette and Nabbit. Nabbit is your super-easy character - it doesn't take damage from enemies, is granted an extra 100 seconds for each level, and can be used to speed through any level you desire, at the penalty of it not being considered "totally" finished.

Toadette suffers no such penalty, but offers her own buffs. She's less prone to skidding than other characters and also earns a 3-Up Moon where other characters would find a 1-Up Mushroom, giving you tons of lives to help tackle later levels. 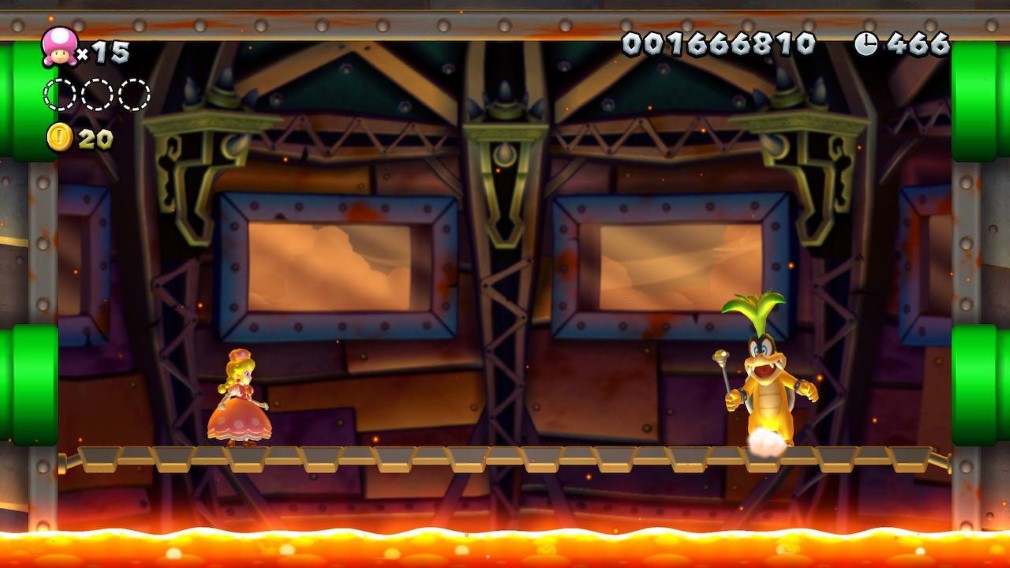 More interestingly, she also has a special Super Crown power-up which turns her into Peachette. The already famous Peach-copy can float after jumps and has a special super-jump in mid-air, which is perfect for launching yourself to higher platforms or just preventing your untimely death down a bottomless pit.

Peachette makes the game easier, for sure, but she acts just like any other power-up - take a hit and she's gone until you find the next Crown. And, for my money, she makes Toadette the best character in the game, and a more fun way to play.

You can simply do more with Toadette without having to worry too much about precision platforming or dying all the time. And she isn't a cheat character like Nabbit, but a well-buffed addition to the roster.

With all that said, there's just something a little… dull about New Super Mario Bros U Deluxe. Perhaps it's just that it's another HD rerelease in a long line of rereleases that lessens its impact, making us crave something new in its place.

There's not much here that you won't have seen elsewhere, both in a Mario game and the many other platformers made by other studios. And it lacks the inventiveness that made Super Mario Odyssey so endlessly charming, instead playing a little too much on nostalgia for the old games that made the not-plumber so famous in the beginning.

Still, it's a ridiculously well-crafted game from start to finish, and if you're looking for a hardcore 2D platformer, you can't go wrong. Throw in the interesting twists offered by Toadette and the absolutely brutal New Super Luigi U levels, and you have a very good package indeed.

Watch this Asphalt 9: Legends racer get demolished seconds before a surefire victory

Tales of Vesperia Definitive Edition review - "Betteria than the restia"

New Super Mario Bros. U Deluxe is the latest Switch port of a Wii U game