If you were the sort of person who liked mixing their metaphors, you could call the Rotor Riot a game of two halves. On the one hand it's up there with the very best iOS controllers we've seen. On the other hand there are some annoyances that keep it from real greatness.

Make no mistake though, this is a brilliantly balanced controller that, while it doesn't quite have the build quality of a console controller, feels a lot sturdier than most of the other MFi controllers we've played with. But there's a twist here, and it's there we find the Rotor Riot's greatest strengths and greatest weaknesses.

The first thing you notice when you pull the controller out of its box is that there's a wire dangling off it. That's because to use it, you need to wham it in the Lightning port of your iPhone or iPad. It also comes with a mount that attaches to the top of the controller with a chunky screw. Everything feels pretty good in your hands, and the tension on the clasp for the mount keeps your phone in place well. There's even a bit of give when it comes to size so you can put a phone in a case into the bracket easily.

We used an iPhone 7 in our tests, but any phone with a lightning port should work. You don't need to put your device in the controller bracket - iPads aren't going to fit for one thing - but if you're worried about the controller and phone combo falling over you don't need to be. During our tests there was barely any wobble when we put the device down, even though it feels a little top heavy when the phone is attached. 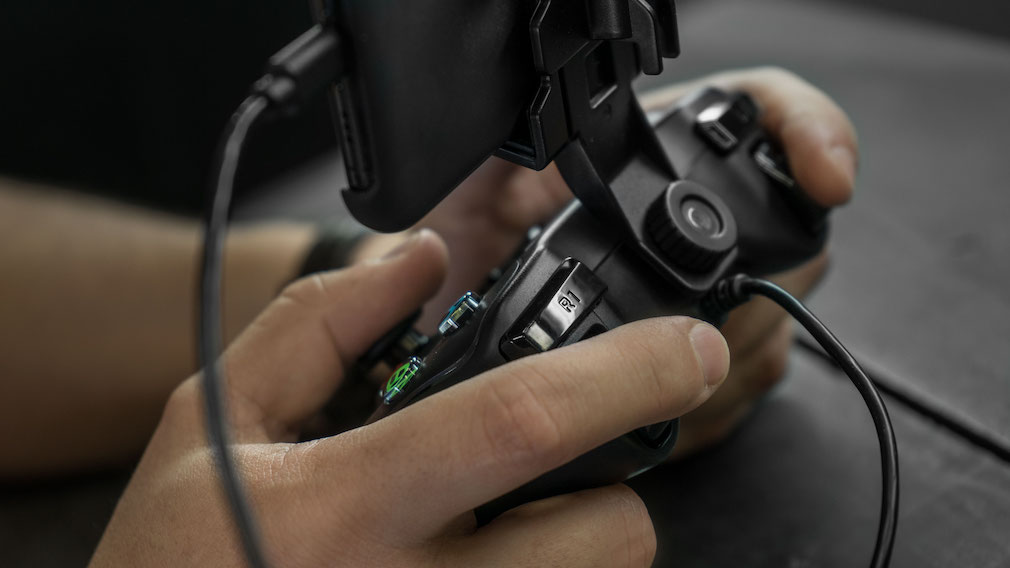 You're also going to need to install an app called Ludu Mapp on your phone or tablet for the controller to work. It's free, and lists all the games that you can use the device with. Click through and you'll be taken to the App Store.

There's a really good mix of games that work with the Rotor Riot, from super-polished recent games like Animus: Harbinger, to the retro-stylings of Streets of Rage 2. We played a wide variety of different genres and styles with the controller to really get to grips with it, and we can safely say we're super impressed.

The buttons are super responsive, the twin joysticks feel slick, and the weight of the device in your hand isn't too overwhelming for short play sessions. Not all of the games we tried out worked perfectly, leaving you stretching for the touchscreen in order to tap on menus or press certain on-screen buttons. It's not the end of the world, but it can be a little frustrating when you've forked out for a product that should stop that.

One of the selling points of the Rotor Riot is that is has L and R3 buttons. They certainly feel sturdy when you push them down, but for the most part we couldn't find any games that used them - even ones like the awesome Afterpulse that feel like they should use the stick clicks.

Another slight blemish is that, at the time of writing, PUBG Mobile and Fortnite aren't included in the list of games you can play. So if you were thinking of picking up a Rotor Riot to play what are basically the two biggest games in mobile at the moment, you're out of luck we're afraid.

After a few games of Axe.io we were definitely sold on the Rotor Riot's plus points. It gives a distinct edge against players without controllers, and it can turn really good games into awesome ones without too much fuss or muss. Now though, we have to come to the part that a lot of people are going to be worried about - the battery. 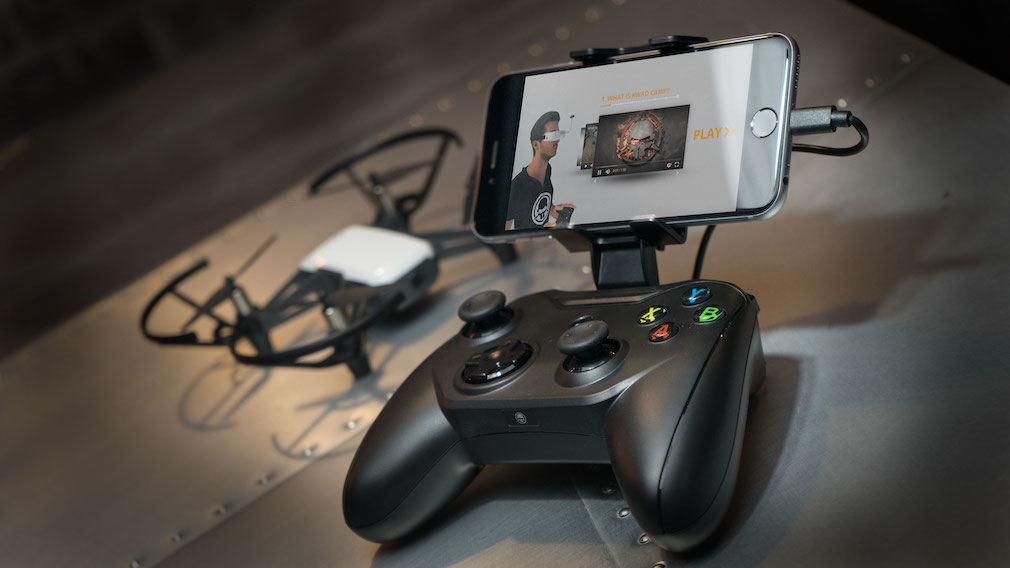 Basically, the controller doesn't have one. If it's not plugged into the Lightning port, you can't use it. Instead it takes its power from your iPhone or iPad. Even from a fully charged phone or tablet you're going to be looking at a couple of hours playtime max before you need to unclip your phone and start charging it (if you don't have a splitter that allows you to insert two Lightning cables, that is, which most people don't).

Two hours might be a lot of time to play on a touchscreen, but you're likely to be buying a controller because gaming is more important to you than most, in which case two hours simply isn't going to be enough. And while it's easy enough to put sort out the controller, it's not the sort of thing you're going to whip out for a short commute - especially since your phone will be a lot closer to dead by the time you're done.

But then there's the other side of the coin. Because it doesn't have as much gubbins on the inside to connect to your phone and stay charged, the controller is $49.99. That means it's cheaper than a GameVice, and about the same price as one of the larger SteelSeries controllers - and for our money the Rotor Riot feels better in your hand than any of those.

It's just that battery life that stands out as a black mark against the Rotor Riot, and it's something we can't really see a way around - a decent splitter is going to set you back $30, which puts the Rotor Riot in a different pricing bracket entirely.

Do you even Ludu?

Before you consider a purchase it's worth checking out the Ludu Mapp app to see what games you're actually going to be able to play. There's around a thousand games and apps, but a search function allows you to check quickly if what you want to play on the Rotor Riot is supported.

Interestingly the Rotor Riot can also be used to control drones - in fact drone racing is what the company behind the device is best known for. So if you're looking for an MFi controller that can do that too, you're in luck. There's also a USB-C version for Android devices, if you prefer doing things in an Android manner.

We're pretty conflicted when it comes to the Rotor Riot. For the most part it's the best MFi controller that we've used, but that little wire keeps reminding us that we're going to be dashing to a plug in not-too-much longer. Still, this is a case of something being "awesome, but..." rather than being "broken, but…" We just wish it was just "awesome full stop," but there you go.

If you like flying drones, add another point to the score of the Rotor Riot - if you're looking for the perfect mobile gaming controller you're going to have to think harder about the Rotor Riot's battery life before purchasing
By Harry Slater
| Dec 11, 2018 |
iOS + Android