Fortnite cheats and tips - Everything you need to win Food Fight

Don't play with your food

Fortnite is the game that keeps on giving, on every platform, and we are once again enamoured with another game mode. Yep, it's Food Fight.

In Food Fight you'll be putting your sights on burgers and tomatoes, but only if the enemy team lets you have it.

There are a few quirks and eccentricities in this game mode you need to learn ASAP, so read our tips below to get good at Fortnite's Food Fight. 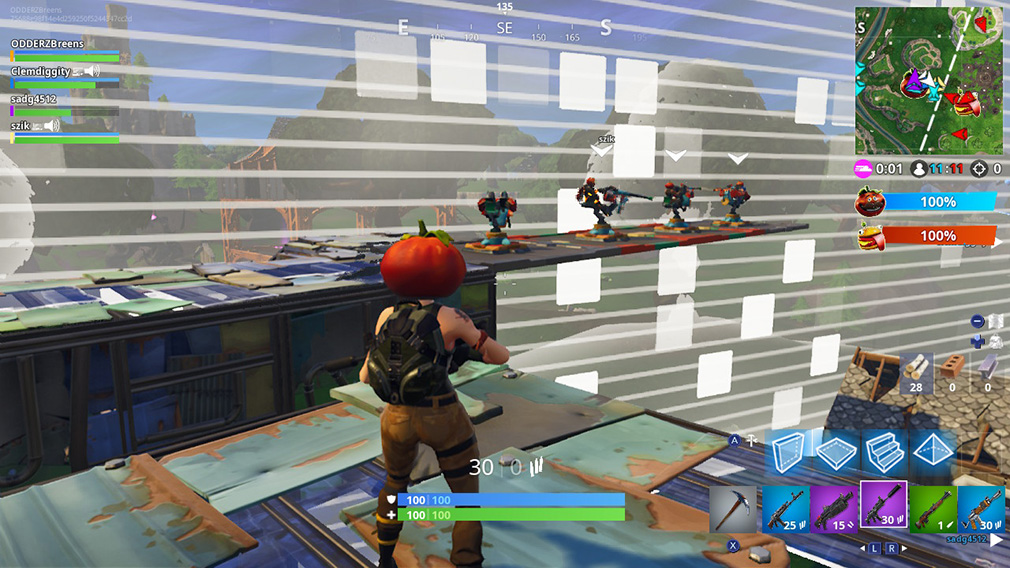 Your main goal in Food Fight is to defend one piece of food, while attacking another. On the field there'll be a burger and a tomato, and you've got to rally with your team to protect your grub.

Because of the stationary nature of the food, the best idea is to, of course, build massive forts around your food. Plenty of room for both protection, and plenty of places to shoot enemies from the battlements.

You'll have a set amount of set up time, so make the most of it. Get some good gear, ammo, fortify your food, and get ready for battle.

Around the map you'll be able to find red balloons hanging in the air that you can shoot down. What could be inside?

Well, loot, of course. These are here in plain sight so you can gear up for the battle ahead more quickly, and get back to building fortifications.

Golden chests are good if you know where to find them, but red balloons are everywhere, and make gearing up much faster. 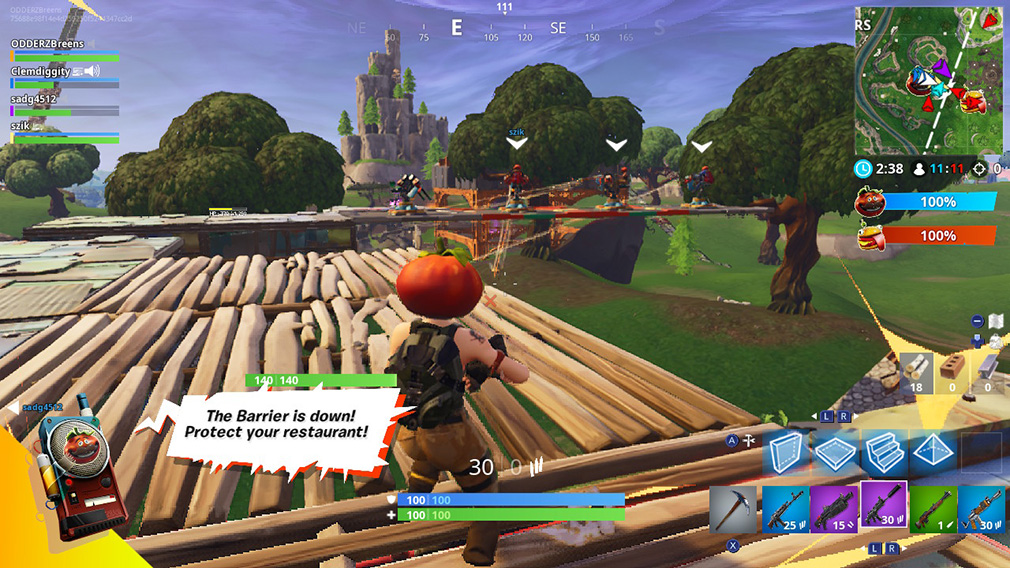 Once the battle begins proper you need to either decide to defend your food, or move into attacking your enemy's food. Both important tasks.

You can find turrets, and those will help more than most other things in this mode, either for defending your tomato from attack, or attacking the enemy.

If you can sneak into the enemy fort and set up a turret in a brick room, you'll be able to do plenty of damage.

Food Fight is one of the modes where you can still use your glider redeployment, meaning you can jump off of cliffs and ledges and glide to safety.

This is great for sneaking onto the enemy food fort unseen and then, again, digging your way inside and just shooting or pickaxe-ing away at the food inside.

You will also respawn in this game which will drop you straight into the air, allowing you to float over to your enemies. But also, watch for enemies floating down to your fort. 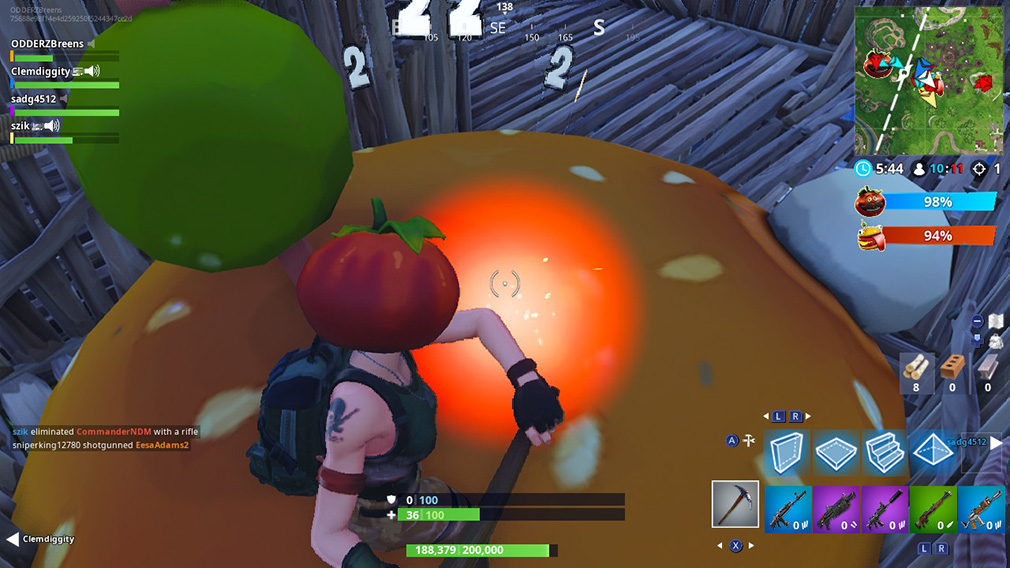