Bringing you back to life

However, in the current meta making a reliable Priest deck is proving difficult. This is one of the few variations that just about makes the cut.

That's a lot of legendaries. And most of them are essential. Zerek's Cloning Gallery is the easiest to dispense with. By the time you're in a position to play it, it's often of limited use. Zilliax and Bloodmage Thalnos aren't strictly necessary but they are very useful. Expect your win rate to drop if you leave them out. 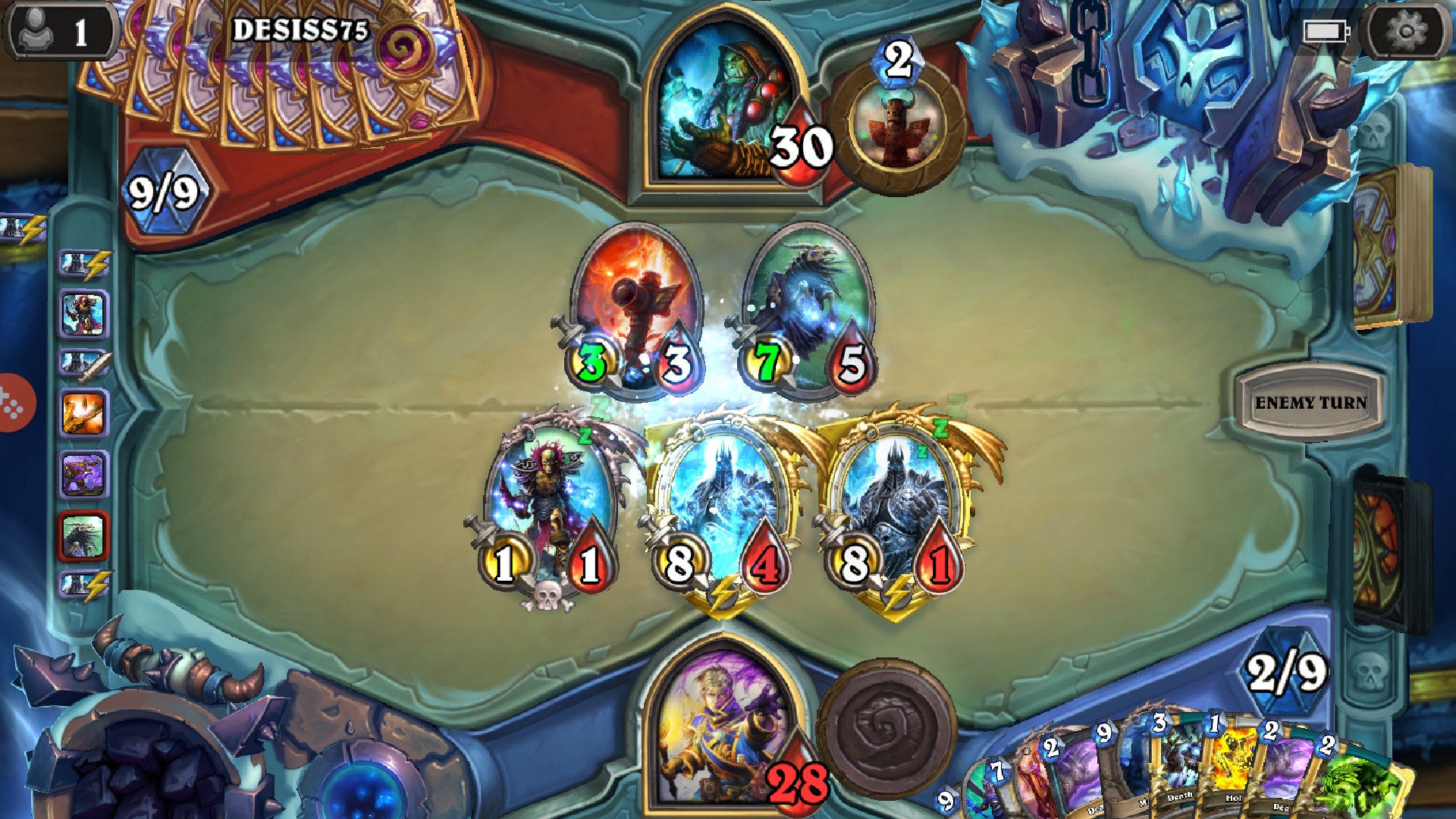 It has a lot of epic cards too, and most of them are just as important. Shadow Visions is the easiest to drop but, again. it's super useful.

In fact, it's another epic that's top of the replacement list. Vivid Nightmare is a handy addition to the deck structure if you've got any space.

If you need to budget then perhaps you shouldn't be playing this deck. But Power Word: Shield can fill space on the cheap if you need to. You can also double up on the existing Power Words in the deck, too.

This is very much a long term deck. You can manage a lot of the early game by healing over and over while you build a hand of cards. So you don't need to worry too much about your mulligan.

That said, you might as well make the most of the chance to swap out some cards. The big things to look out for are early minions, Radiant Elemental and Gilded Gargoyle. Both help you get to your key expensive plays earlier as well as providing a body on the board to counter early threats.

Spirit Lash and Power Word: Pain are also good keepers against aggro decks. They'll help keep you alive that little bit longer until your deck starts to roll. If you think you're up against control, do keep a Spellstone so it starts charging at the earliest opportunity.

Over the initial rounds of the game, all you'll want to do is defend. If you can play a Gargoyle or Radiant Elemental and grind off a bit of enemy health, great. But you really want those minions to be trading enemy ones instead.

You'll suffer damage, but over the first few turns your hero power should help you shrug that off. If you've got Shadow Words, feel free to use them for minion removal. Try to pick juicy targets if you can. 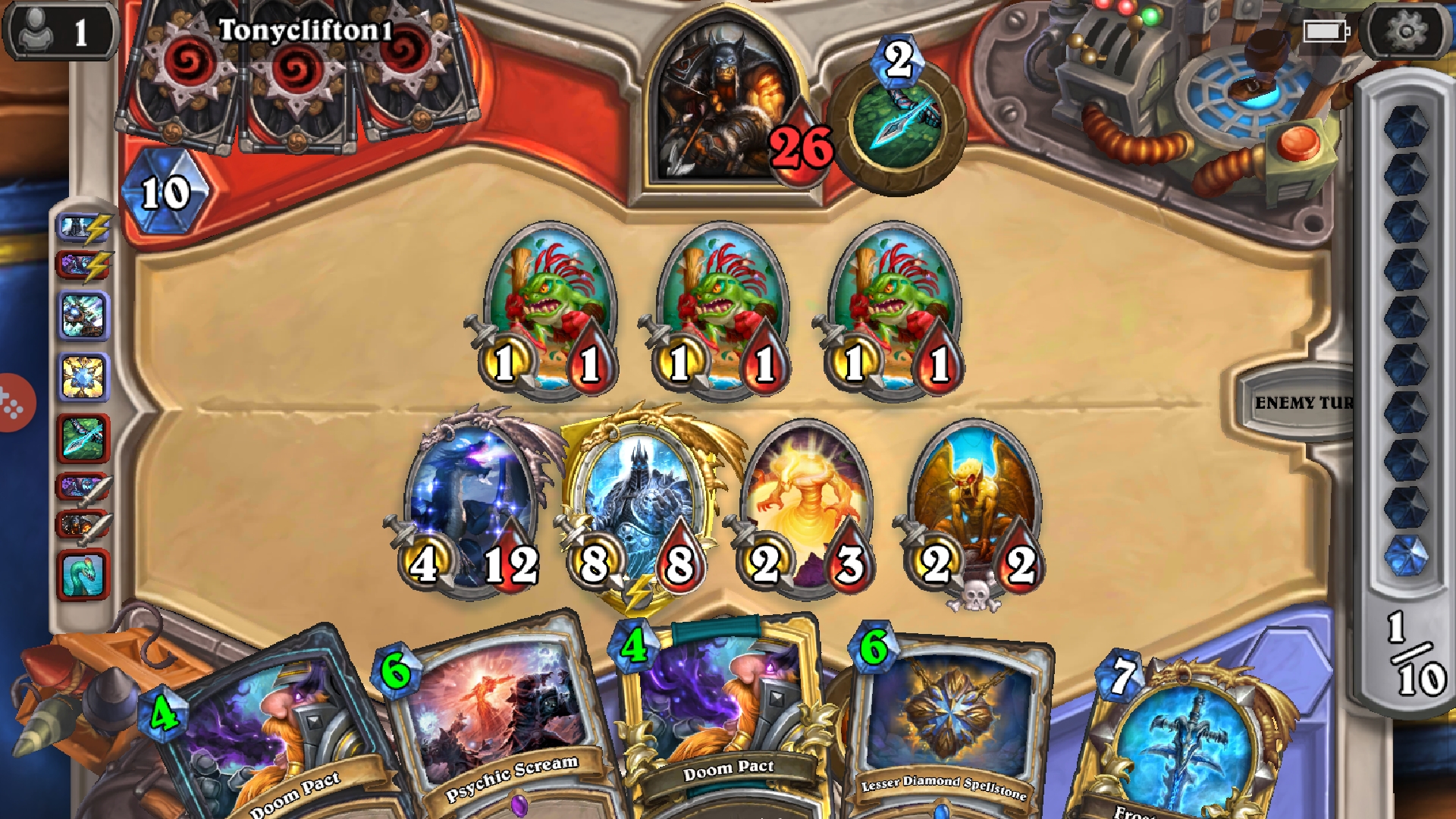 Spirit Lash is a very good defensive tool since it removes minions and boosts your health. But unless you're up against Paladins with a sea of 1/1 minions, it's no good by itself. Try and play it with some bonus spell damage. Comboing it with Bloodmage Thalnos is helpful.

If you've got Holy Smite, you're in a bit of dilemma. Ideally it's also something you'll want to hold on to for big bonus spell damage later in the game. But there are times it's necessary to take out an enemy minion to keep you alive. It's a hard call, but use it if you have to. No sense in waiting if you're only going to be dead.

Once you hit turn five you can start deploying some bigger guns. Zilliax is first. It's in this deck wholly for defence so drink up that Lifesteal and the Taunt. Turn six and you're into Shadow Essence which, with luck, will pull something like Obsidian Statue or The Lich King. Turn seven and you can clear the board with Psychic Scream.

Don't forget that you'll likely get extra coins from the Gargoyle, giving you access to your big tools earlier. Also, given the big defensive minions you've got in the deck, dropping a Spellstone is also often a powerful roadblock. If you summoned a 5/5 copy with Shadow Essence, it'll resurrect at full strength.

The old Big Priest deck worked by stalling and stalling with a defensive wall until the opponent just ran out of steam. You can also do that with this deck. Indeed, it's the way you'll beat most aggro decks with it.

But this version has a better trick up its sleeve. Maylgos will give your Mind Blast spells ten damage. If you can resurrect or copy two Malygos, it only takes two Mind Blasts to win the game. And of you don't have two Malygos, or even one, Prophet Velen will do almost as well. Better, in some cases. 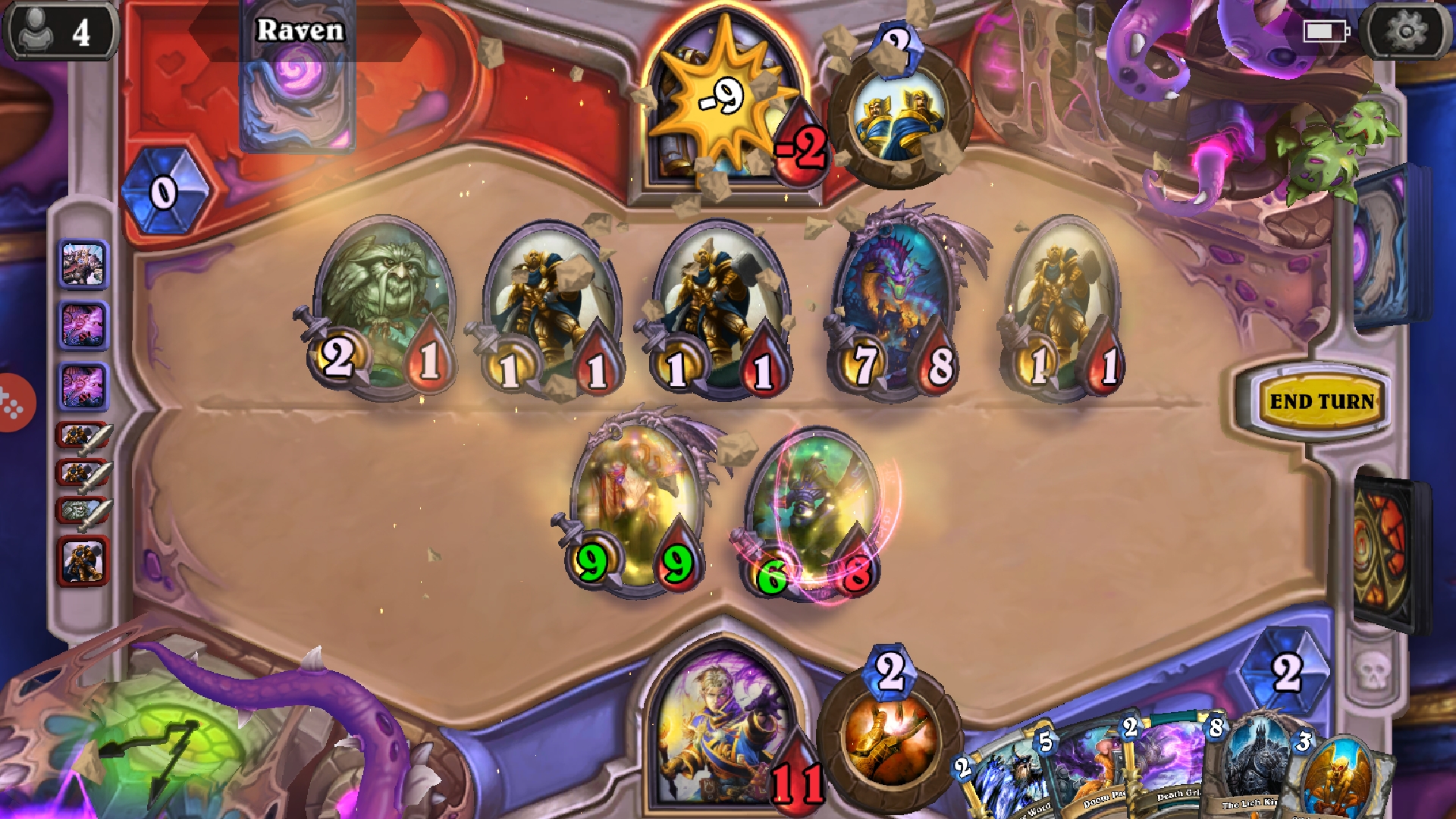 And if you don't have Mind Blast, that's fine. Because one or two Malygos or Prophet Velen turns the tiniest spells into killing machines. Holy Smite becomes an unholy terror, dealing massive damage for one mana.

And while Spirit Lash won't kill your opponent, when boosted with Spell Damage minions it'll wipe the board.

You can't hope to get both Malygos and Prophet Velen out at once, of course. They cost too much and they're hot targets for enemy removal.

But this is where resurrection via Spellstones and Eternal Servitude come in. Between them and a pinch of luck they ensure you should get the chance to access your full arsenal at some point.

If that fails you, you still have a third win condition. The best is Lyra the Sunshard. You've got a lot of spells in this deck and, if you can keep Lyra on the board, or resurrect her, it'll provide a whole lot more. With any luck, enough value to win the game. It's a similar story, albeit a whole lot less effective, with the random spells provided by multiple Lich Kings.

Did Rapid Magic: Arcane Crystals cast a spell on the App Army?