When mechs first became a thing in Hearthstone, they were mostly used by Mage. Now that they're back in the Boomsday, they've spread across classes. But Paladin is one of the few that can still field a whole viable deck focussed on the tribe.

Mech Paladin looks and plays a little like the mid-range Paladin that was a staple of the very early days of the game. It sees the return of a number of classic cards that haven't seen common play in a while. So it's a neat nostalgia trip for experienced players.

There are a lot of Legendaries here. None are critical, but each one you drop will also drop your win rate. In order of importance, they are: Sunkeeper Tarim, Zilliax, Tirion and Endless Army.

As a plus, the deck doesn't have any Epic cards. So if you don't have the full complement of Legendaries, there won't be too many spaces to make up. 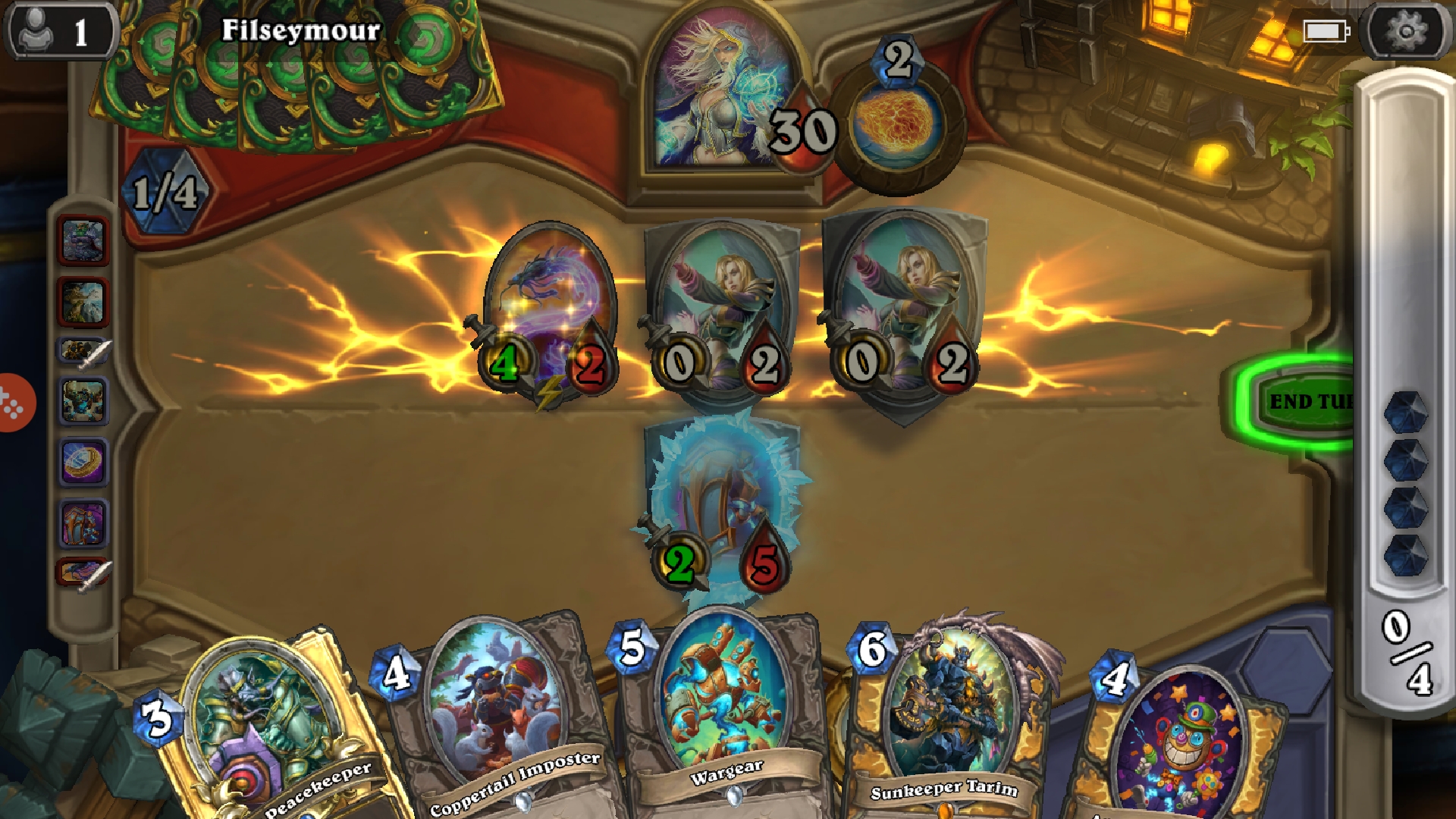 The best addition is a second Truesilver Champion, seeing as it's one of the Paladin's best cards. Another Equality won't do any harm, either. Should you really need more cards, throw in some more 1-attack mechs like Upgradable Framebot or Faithful Lumi.

Mid-range decks have gone out of fashion, but this one highlights their long standing advantage: flexibility. You've got the tools to deal with a lot of different situations. That said, having the right cards from the start can help.

Your number one keeper is Righteous Protector. It's an annoying speedbump for most other decks to deal with. And it gives you a body on the board right away. Failing that, Glow-Tron is a decent turn 1 drop with a bit of survivability.

Those are your ideal turn one plays. For turn two, keep an eye out for Hydrologist and Crystology. The former gives you a free 1-mana secret with is great for the early game. In most cases, Noble Sacrifice is the one you'll want to protect your board. Crystology helps set up plays for the next couple of turns.

There are lot of cheap Taunt minions in this deck, and they're great for keeping you safe in the early turns. But take care: the only one you can drop without thinking is Righteous Protector. The others take a bit more consideration. 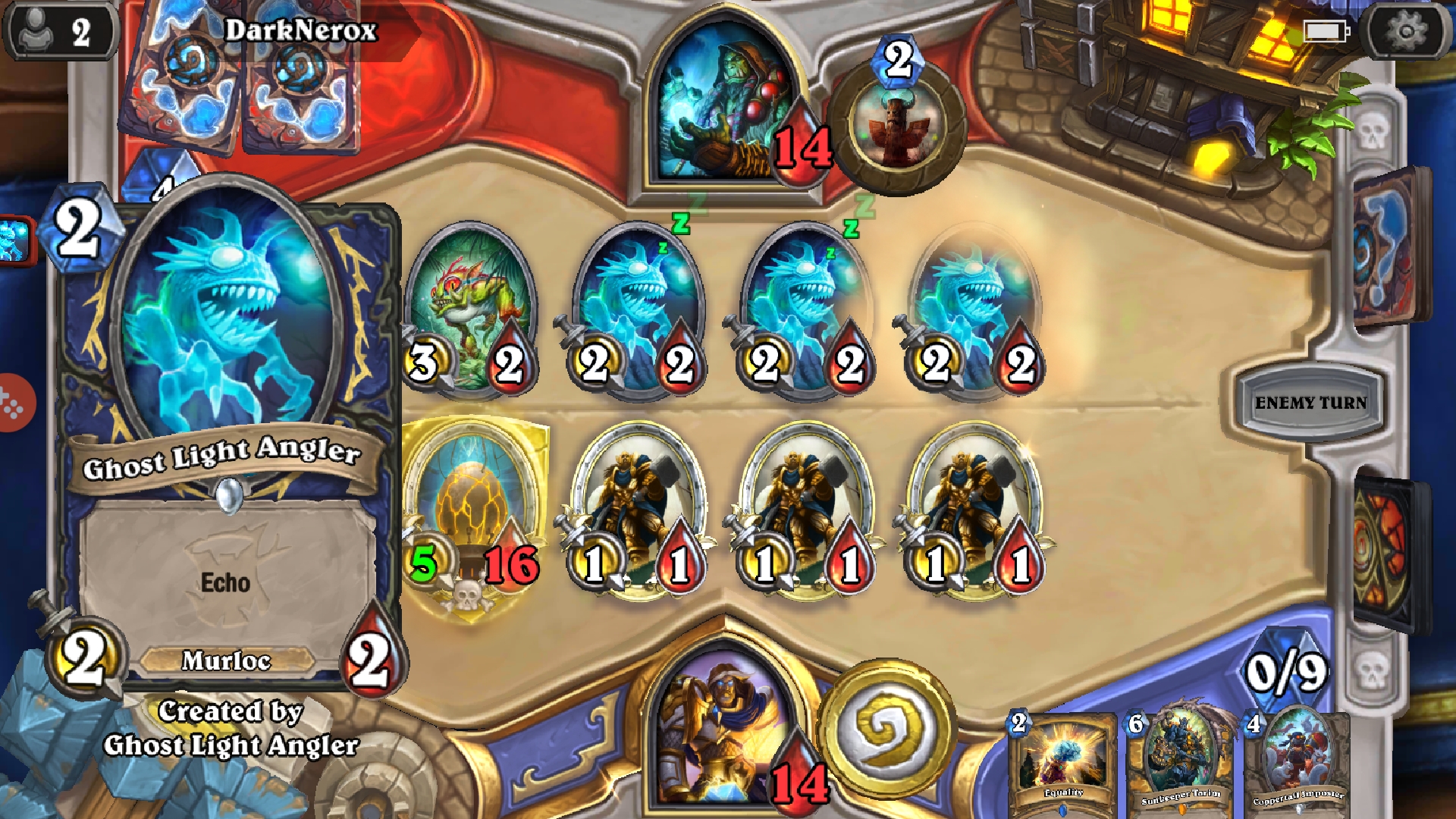 The reason for this is that a lot of them are Magnetic. That means you can play two adjacent ones and fuse them into one single mega-minion.

Often, that's the right thing to do, but not always. Try and anticipate whether your opponent has access to Silence of minion removal. If they do, it can be best not to magnetize your minions.

One exception is Mechano-Egg. You don't really have anything in this deck to trigger it, or force opponents to attack it. Sunkeeper Tarim will do it in a pinch, but he has better uses.

Instead, magnetize it with a Taunt minion so your enemy has to kill it and trigger that evil Deathrattle. You can also combine it with the Rush of Skaterbot or Zilliax for a similar nasty surprise.

Aside from Taunts, you have a variety of tools to help defend. Aldor Peacekeeper is brilliant for taking the sting out of big enemy minions like giants. Hold on to them for when you need them.

Sunkeeper Tarim is also great for blunting the enemy line up, so long as you've got plenty of cheap minions on which his power will act as a buff.

Equality is a terrifying tool that can reduce a control deck to rubble if timed right. Especially when combined with Consecreation which, even by itself, is one of the best area damage spells in the game.

Truesilver Champion is your final tool, allowing you to kill enemy minions while making back some of the damage you take. Don't forget that, used against the face, it can also be a healing tool if you're dangerously low on life.

All that defence is there to take the teeth out of any attempts to pressure your life total in the early turns. Once you've got the board stable, it's time to go on the offence.

Your long term plan relies on magnetizing mech minions, like we described with Mechano Egg. In fact, that's a key threat in itself, but it's not the only one. 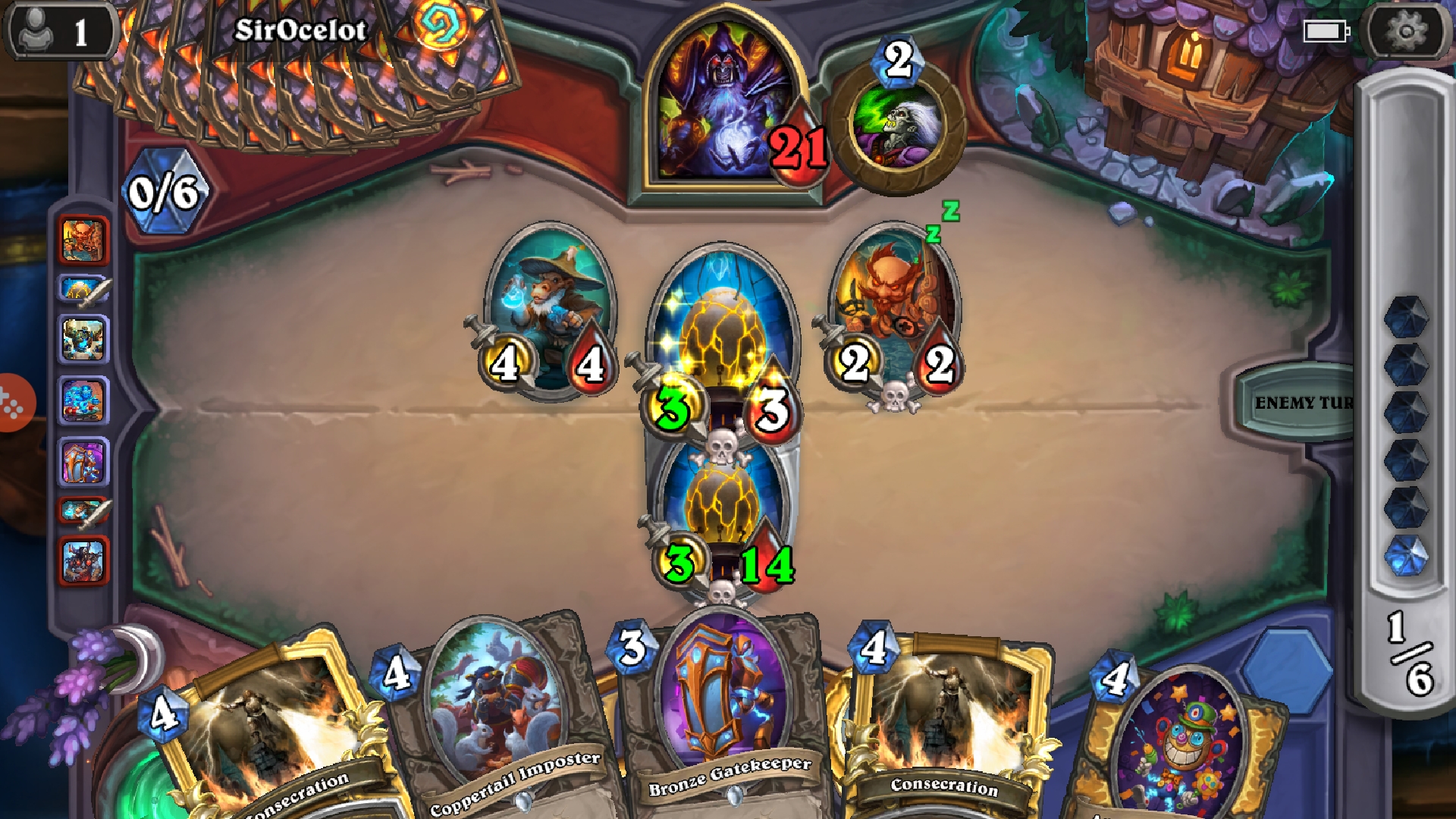 Take Annoy-o-Module. It's a great defensive minion by itself. But what if you've for an extra mana, and combine it with a Skaterbot? Now it's got Rush, and that Divine Shield makes it great for unexpected minion removal while leave it alive.

Or say that Shield helps it survive a turn, and you can combine it with Wargear the next turn. Now you've got a horrifying 7/9 Taunt minion that can strike right away.

You can do the rest of the maths for yourself. Essentially, there's so much Magnetic in this deck that you can build overpowered minions far faster than the foe can deal with them.

And if they can keep pace, just throw down Kangor's Endless Army to undo all their hard work. Watch out for the swiss-army knife of Zilliax when planning your combos.

Magnetic is your main win condition, but it's not the only one. Tirion Fordring is so powerful that he can pretty much win games by himself. And while Sunkeeper Tarim is often best used as a defensive tool, he can go on the offence too. Pop down a bunch of those cheap minions in this deck and watch them become a sudden sea of 3/3 threats to close out games.