All the best games from the Big Indie Fest BIP

Not only do we host Big Indie Pitches around the world, this year we also held our first ever Big Indie Fest in Vienna, where indie devs from all over Europe came by to show the adoring public what they were working on.

But we couldn't just have a regular old festival, now could we? So we threw in a Big Indie Pitch for everyone while we were there! Aren't we nice?

Winning this time around was turn-based drawing game Mish Mash, which impressed our judges with its strange gameplay and focus on creating surrealist paintings with friends.

Coming second and third were Hamsterdam and Golf Club: Wasteland, but there were plenty more games for our judges to play through, each one of them deserving of some time in the spotlight.

So here they are! All 19 games on show, with some images, videos, and comments to help you picture how it plays. Dig in!

Mish Mash is an ambitious, turn-based drawing game which aims to set player imagination alight. Your task is to collaborate with other players in order to create surrealist artwork - but, to make things a tad trickier, you'll only be able to see a small segment of the drawing that you're adding to.

This repeated adding and connecting of new drawings will, in theory, allow the collaborative experience to expand to "infinite dimensions", with the aim of creating the world's largest surrealist drawing.

In Hamsterdam, players take on the role of the unlikely hero Pimm. The nefarious Marlo "The Chinchilla" has taken over Hamsterdam, stealing Pimms lovely grandad in the process, and it's up to our hero to save the day by employing the lost art of Hamster-Fu.

What this means for the player is an exciting mix of reactive and precisely timed attacks, with some satisfying button mashing thrown in for good measure. The action is fast-paced, with the vibrant visuals really helping to create a sense of place within the game world.

In Golf Club: Wasteland, Earth has long been inhabitable and only the richest among us were able to relocate to Tesla City on Mars - the rest died. Some time later, citizens of Tesla City visit Earth to play a few rounds of golf in Earth's ruins. One such member of that Martian society struggles to fit in, and so opts to make one last trip to Earth.

From a Mars-based radio station, homesick citizens, now nostalgic for Earth, will share their personal stories with the player character. In terms of gameplay, players can expect a visually sumptuous and deeply atmospheric adventure title, with jet-packs and golf.

The Tower of Egbert

The Tower of Egbert is a physics-based puzzle game where the player is tasked with making the titular character a new home. And Egbert, being a tad fussy, happens to ask for a tower.

There's a comprehensive selection of building tools on offer which players will have to master in order to progress through some increasingly tricky levels. The enemies here are gravity, wind, falling debris, and other environmental hazards.

The Adventures of Elena Temple

The Adventures of Elena Temple is a concentrated dose of nostalgia in the form of a monochrome platformer which can be played on 7 different in-game machines, from the Commodore 64 to the Gameboy.

Players can expect to delve deep into a generous offering of dungeon-style levels, each with their own mini-levels. The nostalgia factor may be what draws you in, but you'll surely stay for the solid gameplay.

Speed Limit: Stage 2 is a level-based endless runner which follows an interconnected and comedic story.

The game is inspired by arcade classic run and gunners. Its action is fast and violent, offering players an accessible and memorable experience.

La Carga follows the story of a recently widowed woman as she attempts to reach the top of a mountain where it is said that there's a God capable of bringing the dead back to life.

Players can expect an atmospheric and story-driven 2D platformer that draws inspiration from Colombian myth. The developers hope to bring these underrepresented narratives to the mainstream in a big way.

Chessfinity mixes chess with the endless runner genre, offering players an endless chessboard. The game is colorful and fast-paced, with optional figures and special items available for purchase.

Players will have to think strategically as they unlock new moves and work out the optimal time to utilise powerups. The mechanics of chess have been altered accordingly, and the game looks set to offer up its own unique experience.

WesTurn is a frantic, fast-paced, and turn-based multiplayer shooter set back in the old west. Players will find themselves at the head of a new gang, full of varied individuals.

In the spirit of the wild west, players are tasked with putting together secret attacks. The twist here is that all players plan their attacks at the same time, and all moves are executed at once, so players won't always know if their devious plans have panned out until it's too late. 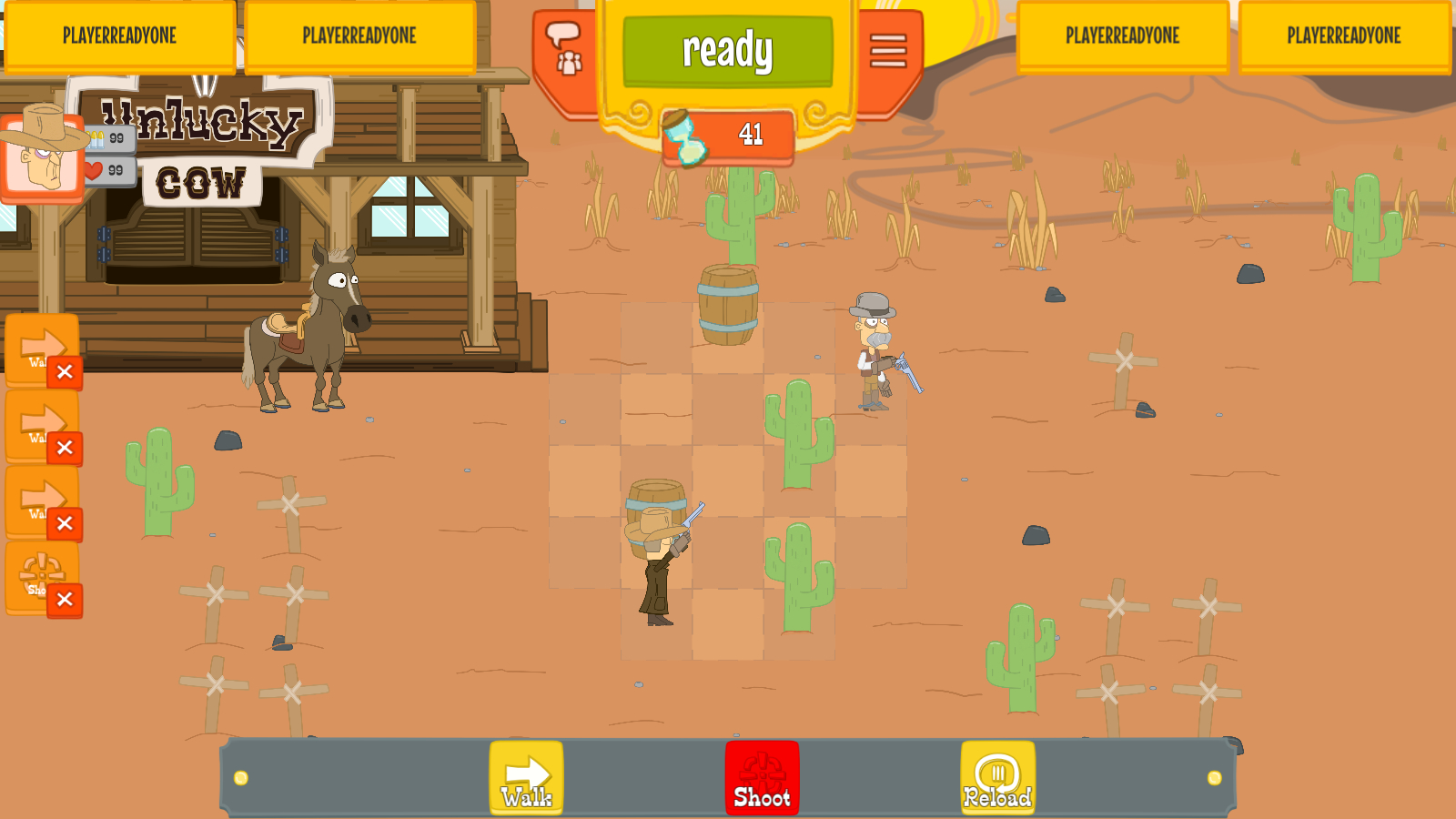 In Crazy Goose Run, players will take charge of a skiing goose as they attempt to escape the clutches of a hungry polar bear. You'll be challenged to bob and weave your way around hazards as you desperately avoid being gobbled whole.

Players can expect a fast-paced endless runner, with goofy charm to spare and much goose centric action. 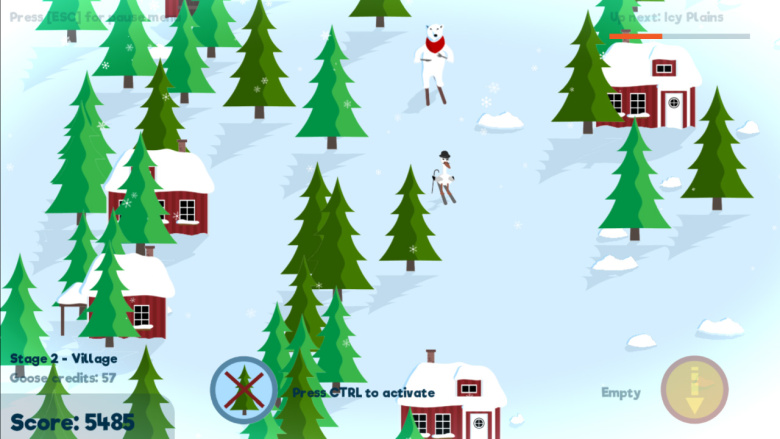 Chicken is a level-based puzzle game revolving around, well, chickens of course. That being said, lovers of fowl can also expect to see some evil ducks in there too.

Players are tasked with navigating their way through a series of increasingly complicated pipes. What makes it so darn tricky are those aforementioned evil ducks, who will chase you down and just ruin your day. There's a lot of fun to be had here, with a comprehensive level editor also available for players to have a mess around with. 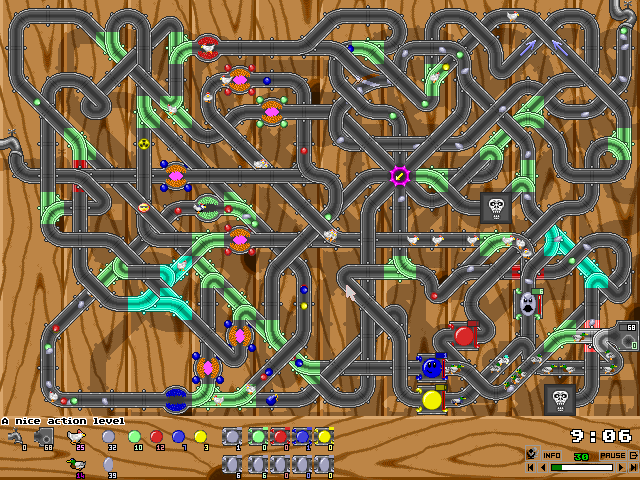 Value sees you taking on the role of Terra, the Guardian the Woods, as she attempts to heal her planet. The neat twist here is that your actions as Terra will actually have real-world consequences. For example, planting virtual trees around your city will add to the total of regularly planted trees in Mexico's rainforest. This will be done by the climate change awareness organisation - Plant for the Planet.

It all works as a GPS based game which allows you to hunt for treasure chests and discover sustainable/green businesses in your local area.

20,000 Cogs Under the Sea is an idle steampunk game where you are tasked with building a mechanic undersea empire. You'll be collecting oxygen from vast underwater volcanoes one moment, then taming a giant octopus the next.

Resources must also be collected from the ocean floor, so there's always going to be something to keep players busy. It's certainly colourful, and that friendly aesthetic will keep you coming back for more.

In Thirteen & Half Cats, the player character is the victim of a mysterious curse. Through the use of some magical spells, you'll go on an adventure to collect those titular cats.

The game is said to be an emotional experience, with a strong focus on narrative. It's also very sweet, with a distinct visual style, and relaxing music.

Rebuilders is set on a planet we all know and love - Earth - except that we ignored the dangers of climate change and now the whole planet is dead. Whoops.

Your task is to rebuild, as the name suggests, while also constructing vehicles to fight other people with. Because what is a Mad Max-esuqe landscape without vehicular violence?

Angelo & Deemon: One Hell of a Quest

Like point-and-click adventure games? How about ones set in the depths of hell? Then Angelo & Deemon is the game for you, my friend.

You play Angelo, who has to go down to the depths, solve puzzles, talk to folks, and generally find good stuff to film for his vlog. He's a millenial, after all.

Hans and his Quest of Madness

A puzzle platformer that takes you on an intergalactic journey, Hans and his Quest of Madness will see you hopping between platforms, scratching your brain to solve puzzles, and trying to work out what the heck is going on.

Also there appears to be a bum in lederhosen? Not sure what's happening there.

An "awareness" game, Lil' Monk give you a small monk in your pocket who you need to look after. Think Tamagotchi, but with a bald-headed monk.

He can sweep, meditate, and eat - so you'll need to make sure he does all those to keep things tidy and his own health in check.

Want some card game mixed in with your dungeon crawling? Unhatched is one to get your mind around.

It's got the ol' Tinder-esque mechanics for progressing, along with non-linear dungeons which open up a bunch of exciting opportunities for fun and frolics. And danger, probably.