If you're in need of inspiration for your mobile brawler, then you'd be wise to look no further than the king of rhythmic action - One Finger Death Punch.

Hordes of Enemies takes the core design of Silver Dollar Games' classic and melds it into an aesthetically pleasing, and exceedingly violent, title all of its own.

Controls couldn't be simpler - you can attack left, attack right, or tap the middle of the screen to trigger a special move. Being able to alter the onscreen position of these attack commands is also much appreciated. This is especially helpful for those with big hands or fat thumbs - myself included.

The result of these player conscious decisions is a game that I’m pretty sure anyone could get into. Eventually, though, things do become quite a bit more taxing.

Maybe I'm just bad, but I found it almost borderline impossible to get close to 200 points per run, without resorting to headache-inducing levels of focus. This isn't necessarily a bad thing, but I reckon many players will be lulled into a false sense of security by the early rounds. 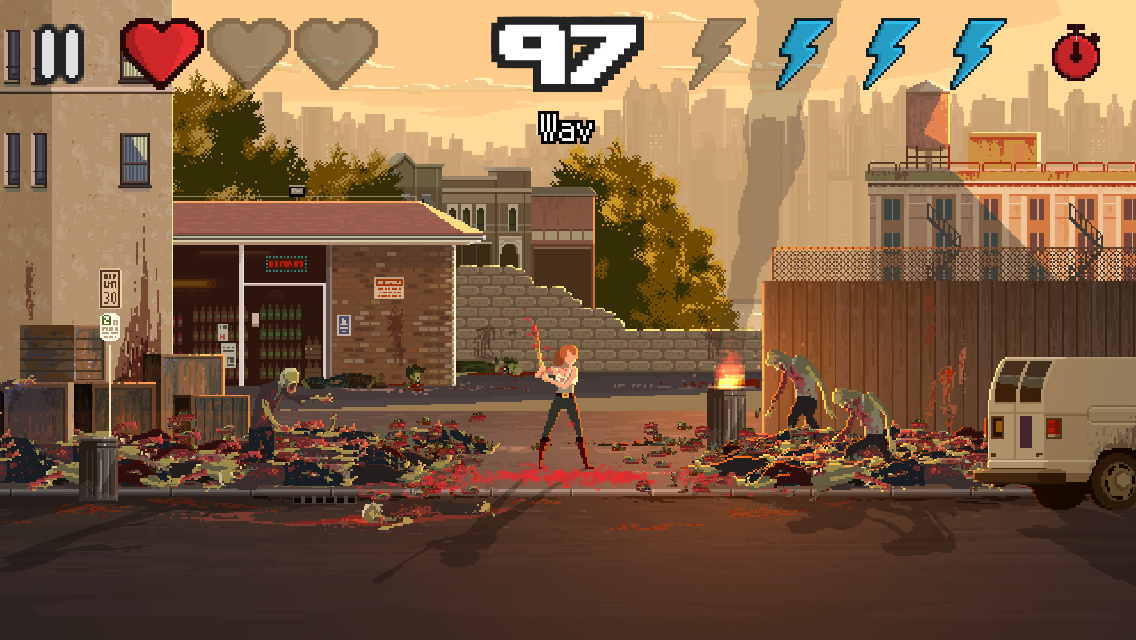 Unfortunately, the game's pace is often hampered by this lethargic intro to runs. You likely won't notice it at first but, as your abilities improve, you'll surely wish for a way to skip those initial 20-30 seconds of dull gameplay.

There are three different levels to select, all presented as movies playing at a cinema. The first sees you fending off foes as a samurai, the second is a zombie flick, and the third would appear to be a fun little homage to The Matrix.

The differences between each are largely cosmetic, with slight changes in how the enemies attack, but switching levels still certainly help to freshen things up.

Generally speaking, the game is fairly generous with its divvying out of content, and it doesn't take long to unlock all three of the levels. The option is indeed there to buy them early, but you likely won’t have to.

Ads tend not to be too much of an issue here, although they can be quite long when they do pop up. 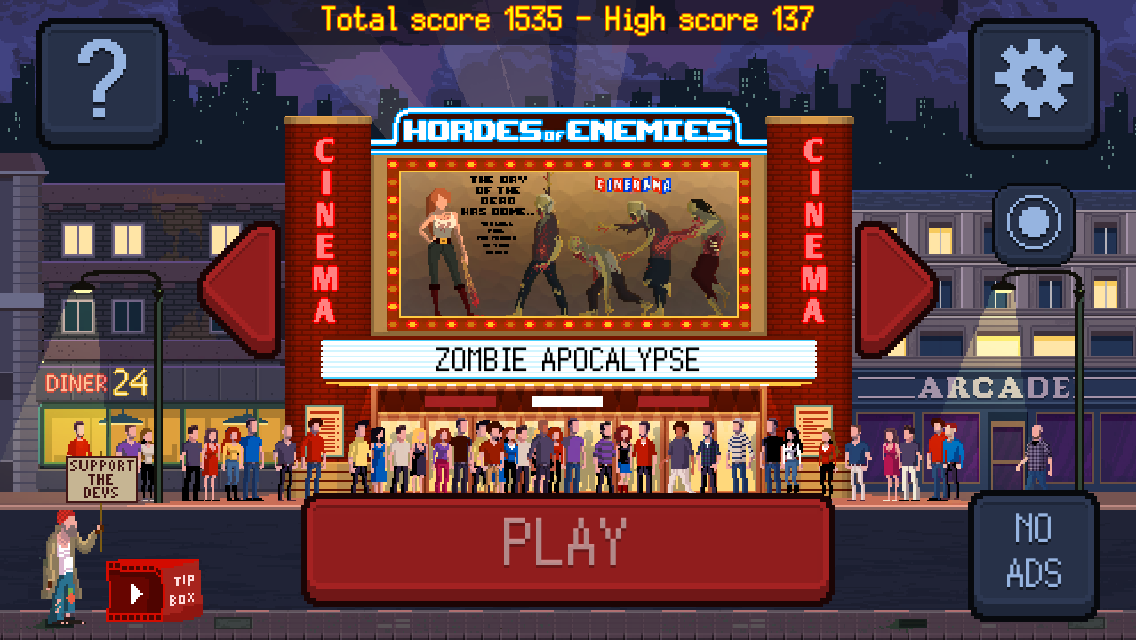 That being said, the bulk of the ads are entirely optional. For example, you're given the choice to revive after death by watching one. But thankfully, this only grants one extra heart, so it's not exactly something you can abuse to get high-scores.

And in a nice touch, you can also opt to speed up the recharge rate of your special move by tapping on the main menu's oddly charming "tip box", at which point an ad will appear. It's great to see that there are multiple ways to support the game, with none of them being particularly obtrusive.

All told, the package as a whole is polished; offering up a decent, even if a tad fleeting, play on the brawler genre.

It might not be particularly original, nor will it likely garner the same love as its inspiration – One Finger Death Punch – but that hardly matters when it's generally so successful at what it sets out to do.

An aesthetically charming and fairly generous brawler, Hordes of Enemies is certainly a fun time, just don’t expect a reinvention of its subgenre or more than a couple of hours of fun
By Cameron Bald
| Oct 8, 2018 |
iOS
Find out more about Hordes of Enemies
SEE COMMENTS