Bringing out a new fighting game franchise is always going to be a struggle, especially nowadays when so many top tier series are battling for dominance. It's particularly tough when the audience can't attach themselves to a character.

Street Fighter, Tekken, and even Pokken all have a storied history, allowing for players to easily enter into the arena and learn any new systems. Players gravitate to Ryu and Pikachu, because they're already versed in some form of lore.

Blade Strangers struggles with this, since the majority of the cast are bland or generic, following a formula, rather than standing out from the crowd. But there's more to a fighter than who you're playing.

It's only in the unlockable characters where players will grab hold of a fighter because of familiarity. Because this game is published by Nicalis, Isaac, Shovel Knight, Gunvolt and others stand above the standard cast for the sake of novelty.

However, beneath the stereotypes of large breasted anime girls, knights brandishing swords, and plucky teenagers, is a very competent fighting game that deserves attention. 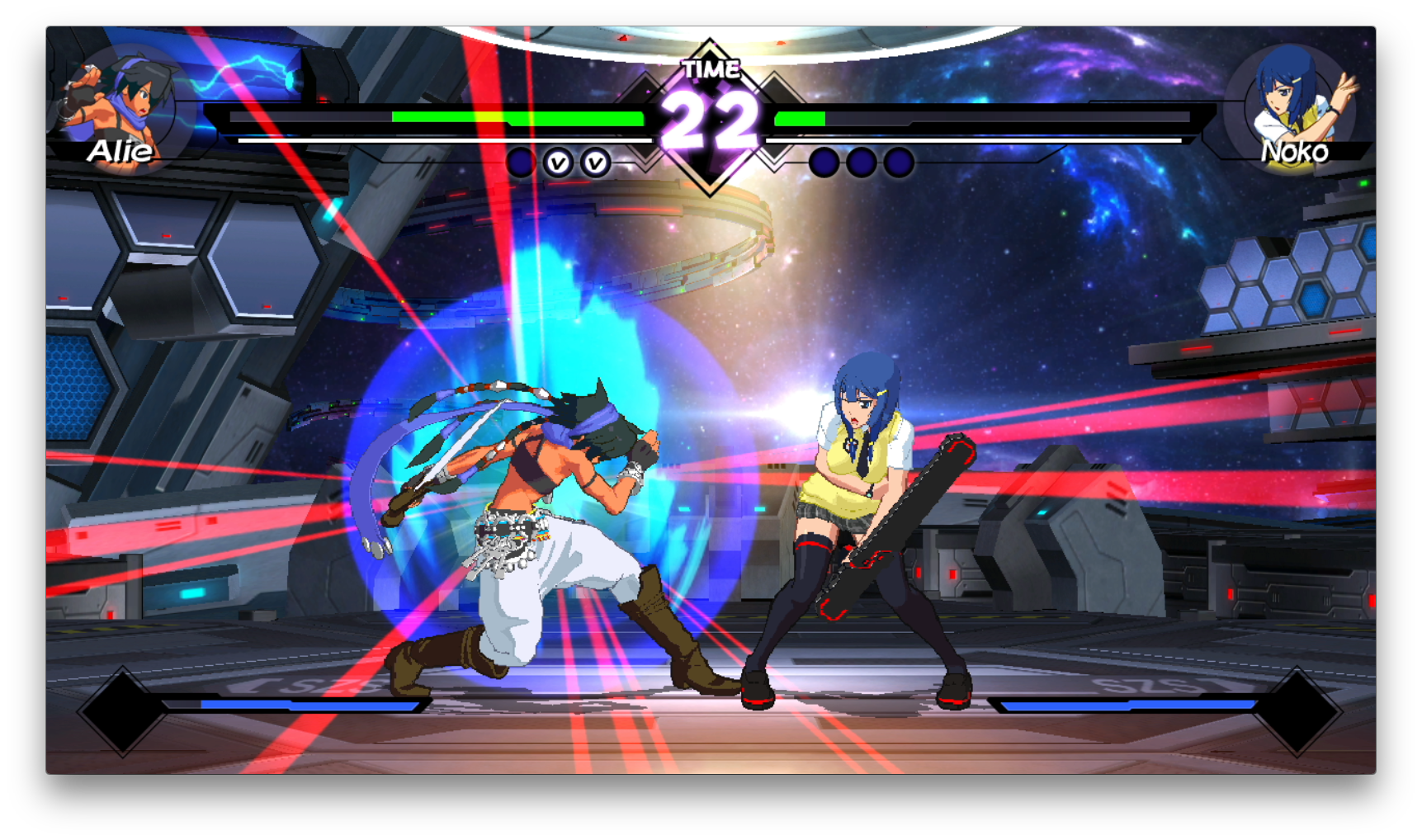 Picking through the roster is interesting, with each character wielding different weapons, but the choice comes down to how you think they will control or how they look, rather than long standing relationships. Discovering someone who clicks with your style feels like creating a more involved bond.

Blade Strangers is a very welcome franchise in that it features a depth that experienced players are going to love, while not ignoring that some might be new to the genre.

Nicalis and developers Studio Saizensen have done everything they can to ensure ease of play for everyone, with the face buttons set to heavy, light and special attacks, and the shoulder buttons taking care of throws and combo presses. No holding down several buttons at a time - fiddly in handheld - when a tap of ZR can do the work for you.

On the face of things, this is a pretty standard 2D affair, though built from genuinely lovely pixel art. The animations are as expected - fluid, yet impactful, and the screen will burst with colour from round ending moves or combo specials.

It's in these larger moves where the game comes into its own. Combos and ultra-moves are wonderfully simple to pull off and require little more than pressing a button, making it easier for newcomers. 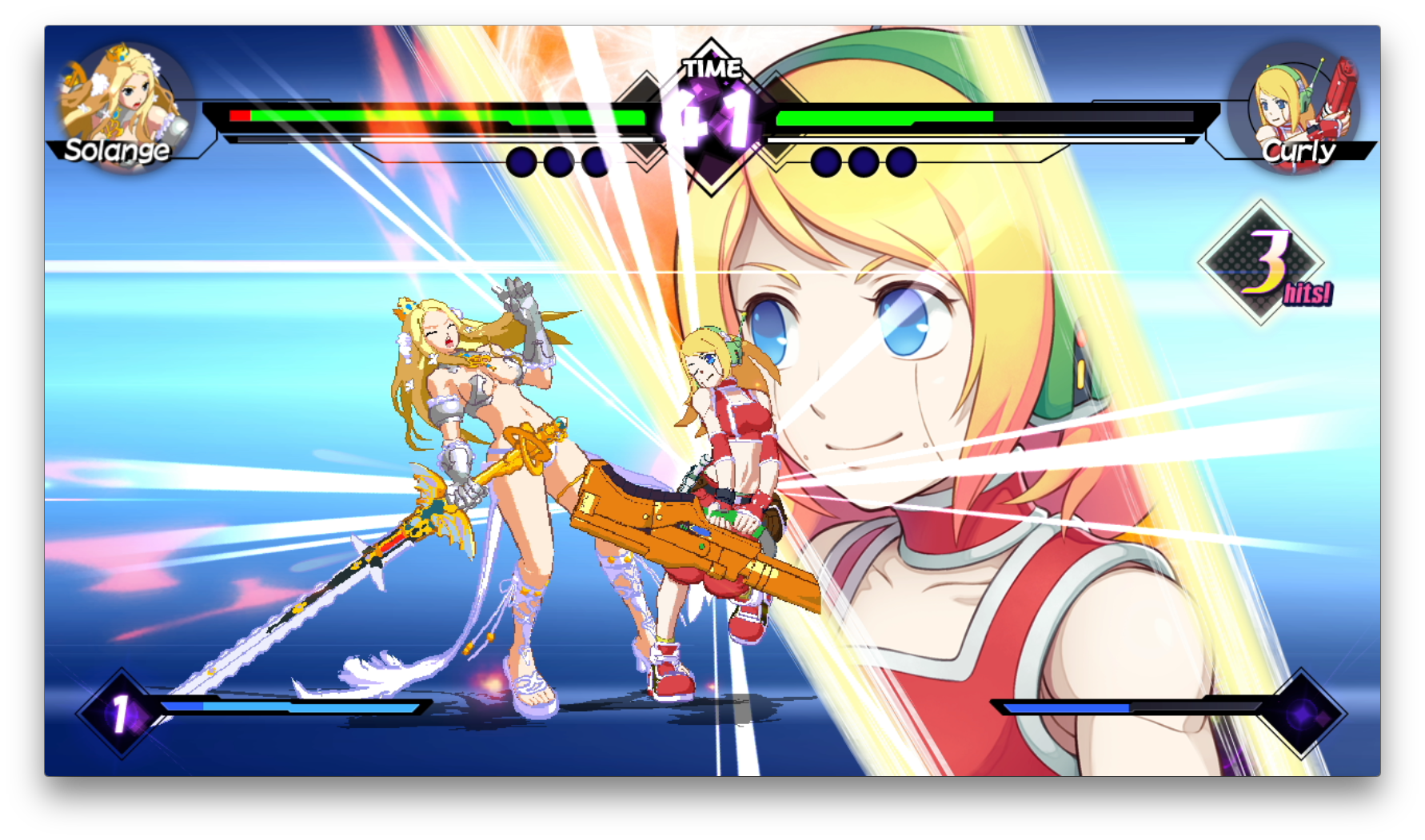 Juggle and combine these moves, utilising the Heat Meter which is built up through combat, and suddenly you're incredibly competitive. Blade Strangers does what it can to remove any feelings of frustration, at all points.

Most basic moves are performed by holding a direction while pressing the skill or unique buttons - similar to Smash Bros. Some characters will lunge forward or back, with weapon outstretched. Others may throw a bomb, restricting the opponent's movement.

After time, Blade Strangers stands out because of the control difference, leaning more on simple two-button presses, rather than complex inputs. Though dive into the training mode and you'll notice that spectacular chains are possible.

Players will also learn to utilise their power meters, dishing out or taking damage to boost the bars higher. And the heat mode which can be activated while below a certain health threshold for a short burst of speed leads to many tactical opportunities.

Otherwise, it's a slow-paced fighter, which won't appeal to everyone. While a dash and backdash do add some momentum, the fighting itself is more restricted to short flurries of combos. It's hard to say whether the lack of complexity and speed will hold the game back from becoming a feature at tournaments across the world.

However, as an entry to a new franchise, it works. Counters are easily picked up and combos become second nature, removing the need for continued practice or having to lose constantly. Having said that, at the time of writing, the servers are rather sparse. 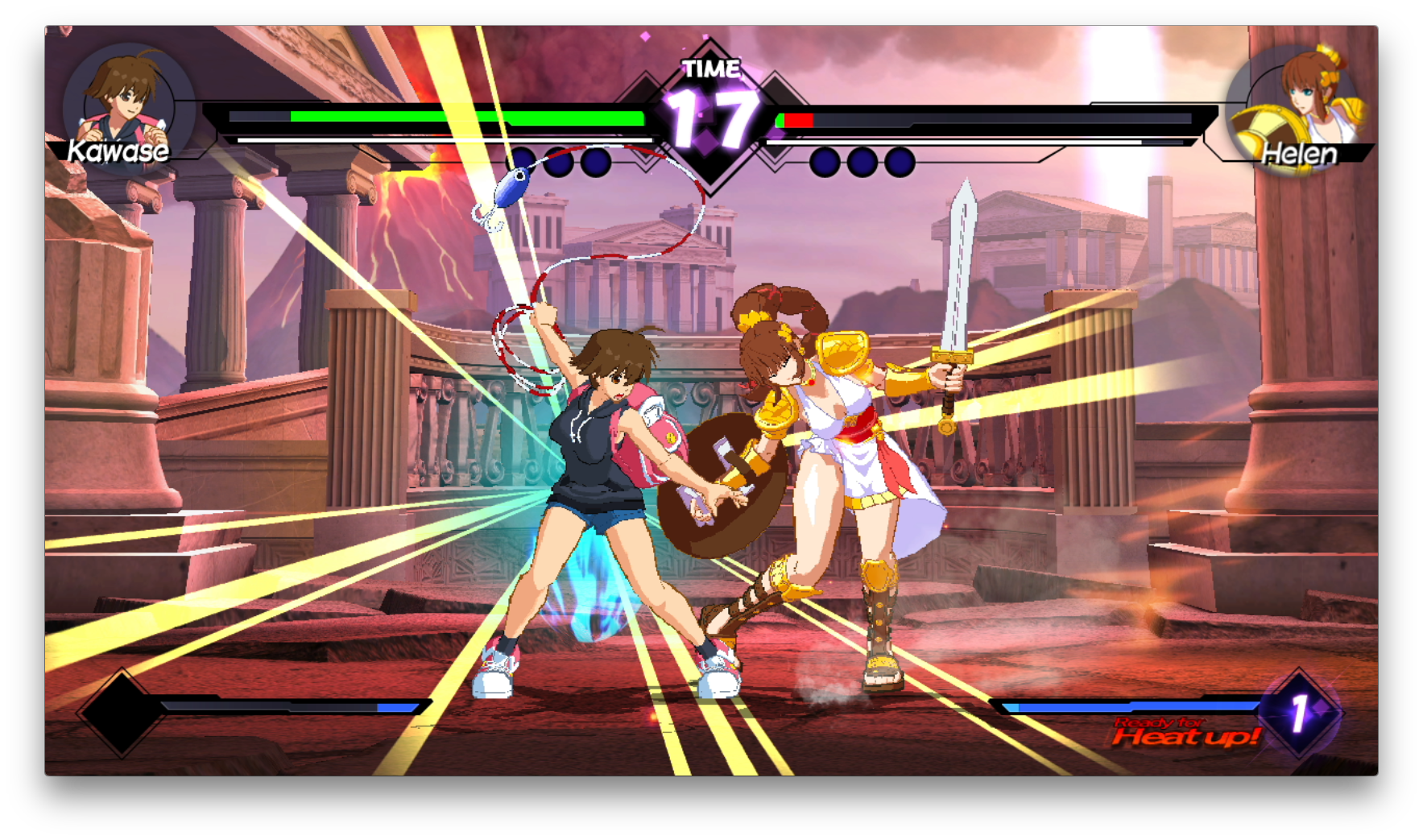 This means playing against AI in story mode or in challenges, which is no bad thing. The difficulty has been pitched perfectly, allowing you to experience each character fully. Though it's easy to say the plot is hilariously convoluted and a little ludicrous.

Blade Strangers is brilliantly self-aware, though, knowing that some characters will be seen as stereotypical, the developers have strewn dialogue throughout that subtly nods to skimpy outfits or mismatched bouts.

If the title can find a community, there's a base game that can thrive in their hands. On the Switch specifically, where fighters are lacking currently, Blade Strangers could make some waves. That is until Smash Ultimate enters the arena.