Hyrule Warriors was one of a number of gems from the last generation of consoles which sadly lost out on an audience for one key reason - it came out on the Wii U.

There was also Hyrule Warriors Legends on the 3DS, which came with more content and characters, but was sadly held back by the limitations of older hardware at a time when the New 3DS was still finding its feet.

It's a real shame that these editions didn't get the love they deserve, because Hyrule Warriors was a brilliant, fun game. And now it's back on Switch under the new name Hyrule Warriors: Definitive Edition.

More bang for your Rupees

The best way to describe the Definitive Edition is that it's Hyrule Warriors Legends with the base game's graphics. That means you're getting every piece of content, including DLC, but with the visuals of a home console.

Hyrule Warriors itself is a musou game, meaning you'll be battering hundreds of enemies at the same time on large maps, capturing forts, and taking on bosses to complete levels.

You have a standard attack and a powerful attack you can combo into, along with a special move which is charged up over time and can be unleashed to wreak havoc on a huge number of baddies at once. 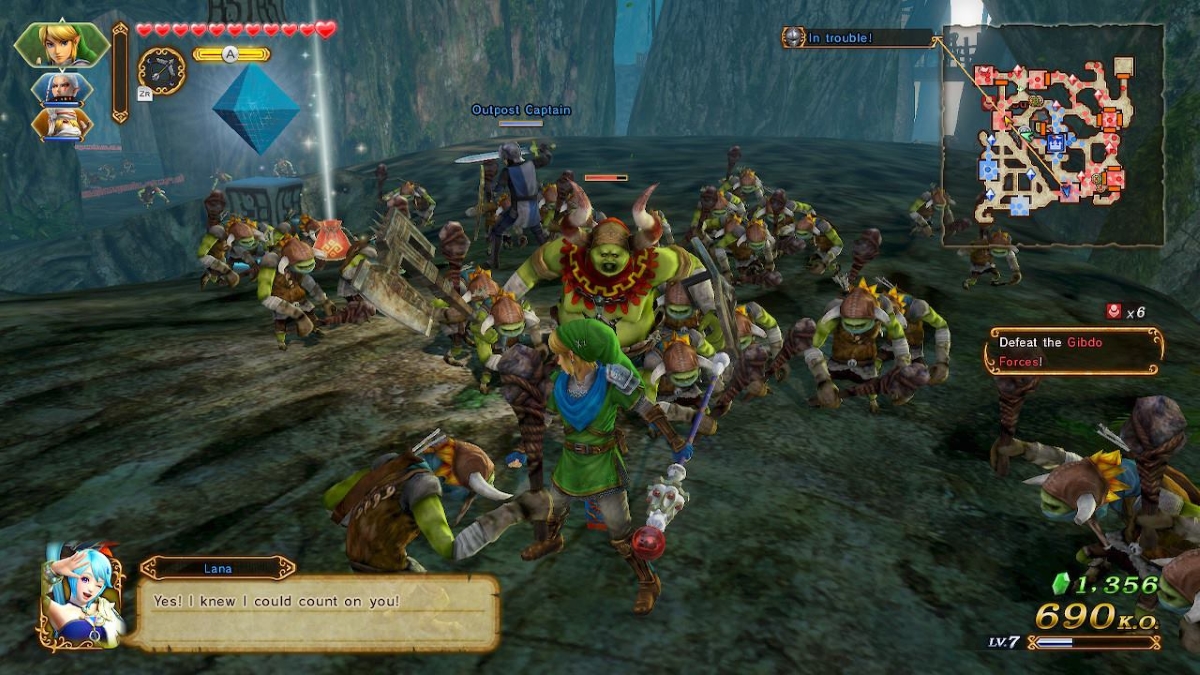 Unlike other Warriors games, you also have access to items which you unlock through the game's main story mode. These are all classic Zelda items, like bombs, a bow, the boomerang, and an ocarina. And they all come in handy for a variety of reasons.

Key among them is taking on the game's enormous bosses, which are all ripped straight from the original Zelda series - you'll face off against King Dodongo, Gohma, and many others, and each one requires a specific item to be used at the right time to put them in a weakened state.

It's a nice change of pace compared to the rest of your battles in the game, which will largely consist of hammering the attack button over and over to defeat your enemies.

That can get a little repetitive, but there's enough going on in battles objectives-wise that you've always got something to do as well as just just hacking away at the endless hordes.

Another key improvement is the ability to switch between characters during a battle, a literal game-changing move which helps with the issue of backtracking through an entire stage just to complete a side quest.

Your AI companions will dot themselves around the map unless instructed otherwise, letting you switch to one who's closer to a danger area to lend a hand or clear an objective without having to abandon your current position. It honestly makes a huge difference, and you'll wonder how you lived without it. 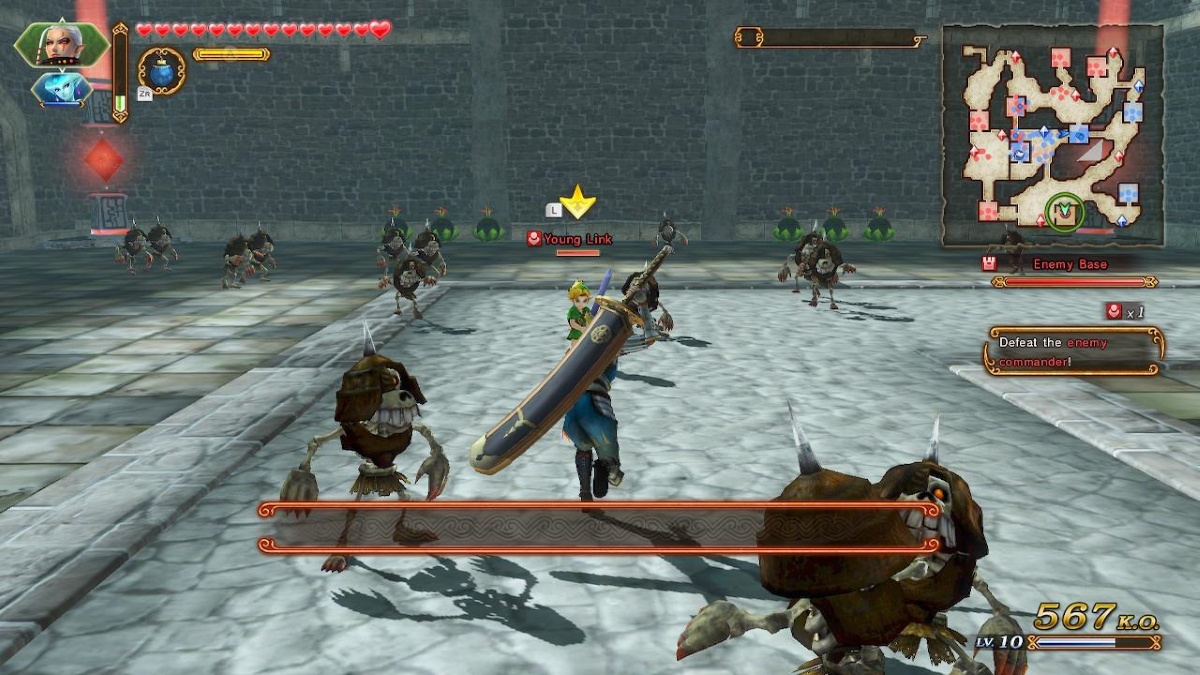 It's not all perfect though. Hyrule Warriors: Definitive Edition suffers from some major enemy pop-in, and its graphics overall haven't been bumped up much from the Wii U days.

You may also notice that the text is absolutely tiny, which is a real problem in handheld mode - you'll be straining your eyes just to see what the story actually is, given the total lack of voiced dialogue.

And if you're one of the few people who already played Hyrule Warriors Legends, there's nothing new here to pull you back in for another go.

But when all's said and done, Hyrule Warriors: Definitive Edition is absolutely the best version of the game there's ever been.

It's endless fast-paced fun, with plenty of nods to classic Zelda to satisfy the fans. And it provides more than enough action for those who want a more intense experience than the main arm of the franchise usually offers.

Some improvements to graphics, particularly pop-in, would have been nice, but the core experience is good enough to distract you from the handful of issues and keep you playing for hours.

One Escape is a prison escape game out now on iOS