How not to tank in the tavern

April 12th sees the official release of the next Hearthstone expansion, the spooky-themed Witchwood set. In preparation, the game is giving away extra card packs. And when you first log in after the expansion, you'll get a free legendary.

In other words: it's a great time to get into Hearthstone.

If you're interested in taking the plunge, here's a quick guide to the basics.

If you're already a Hearthstone fan, be sure to check out our ultimate guide for a huge range of tips, tricks, and decks to up your game!

The tutorial will run you through the rules of the game and unlock the first class, Mage. Once you're through that, you'll need to level Mage, and the other classes, up to 10 to get access to all their basic cards.

That's your first order of business. Search the 'net for zero cost decks, and you'll find some beginner card combos to get you on your way.

You'll get a random quest every day. If you don't like it, you can swap it for another once a day by pressing the cross in the corner. Quests earn you gold, which you can spend on card packs. 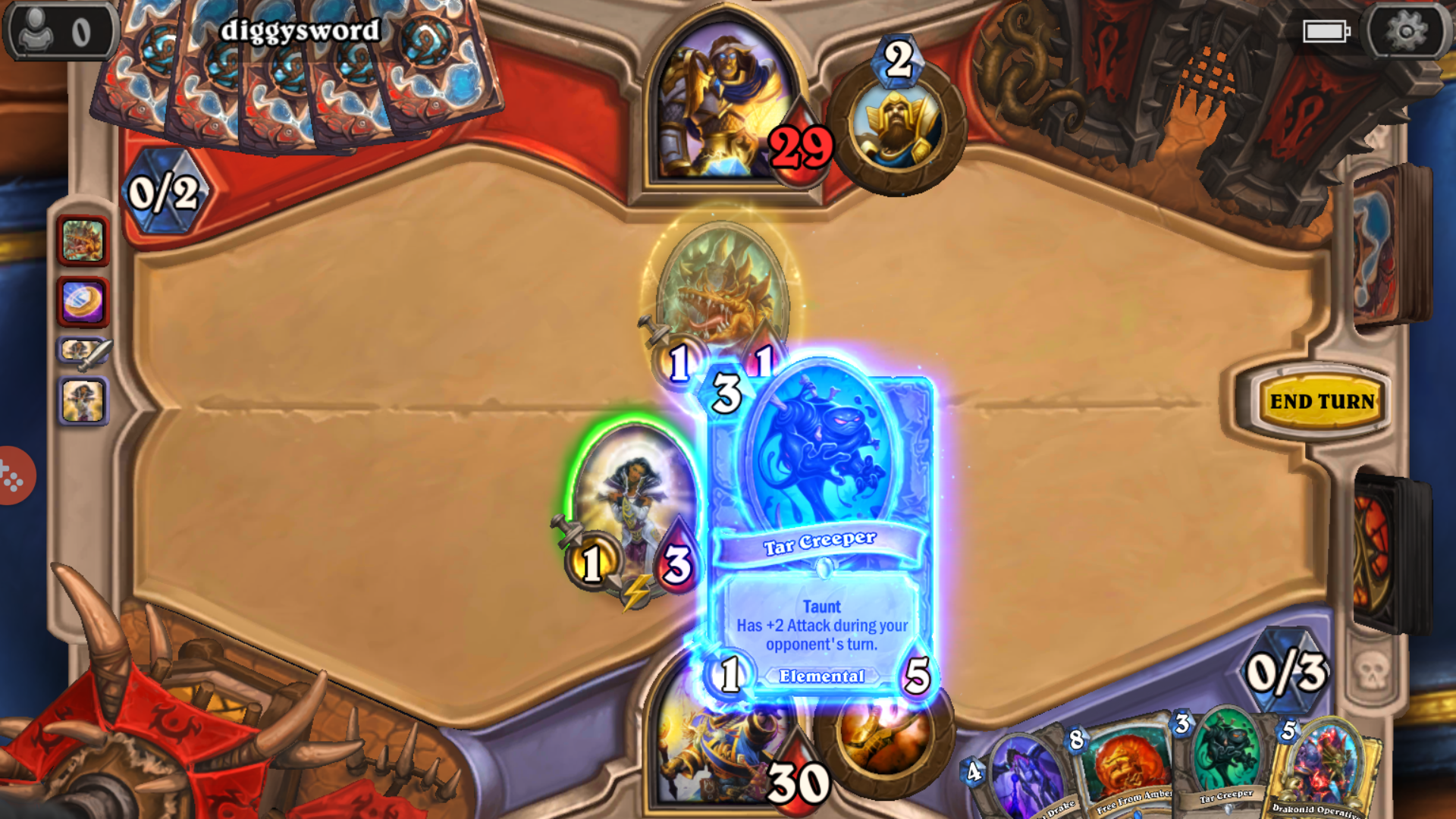 To complete quests, you have to play against other players. Start out playing Casual games in Standard mode. Wild is tough without a large card collection. And Ranked play gets very demanding very fast.

Spend your gold on classic packs to start with. Hearthstone slowly rotates expansions out over a 2-year period, but classic cards are the original set and never go out of fashion, so they're a safe investment.

If you want to splash some cash, go for the Welcome Bundle. You can only buy this once because it's a terrific deal. With luck, you'll get a good class legendary that you can start to build a deck around.

It's All About Cards

The aspect of strategy most often overlooked by new players is that your most important resource is cards. You might imagine that health or even mana were more important, but experience quickly demonstrates that most often, it's cards that run out first.

The corollary of this is not to overvalue health. It's the resource that literally wins or loses you the game, so it looks critical. But in practice, there's little difference between being on 1 health and being on 30. In both cases, you're still in the game and still able to compete.

When playing slow decks, it's quite possible to get into a situation where you can be on low health but remain in total control of the game and grind out a win. 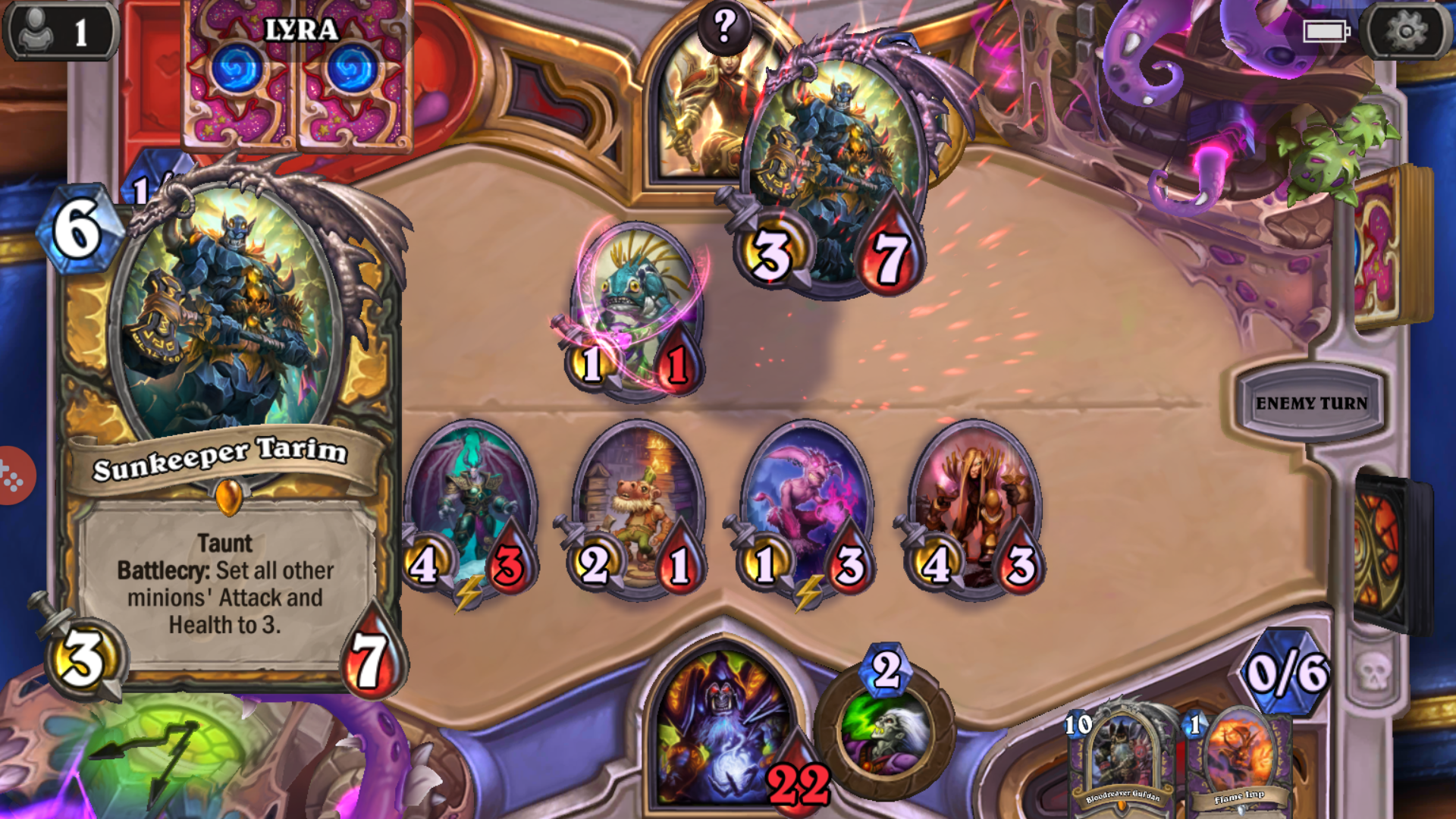 Lesson one, then, is to not waste cards. That doesn't mean not playing them, of course. It means trying not to play a card that won't gain you any momentum or advantage.

Consider: if you're playing against a Mage, putting down a 1-health minion on your first turn is almost always a bad idea. A canny Mage will respond by using their hero power to fireball it. You've then essentially lost a card, and they haven't.

That's a very specific example, but you can apply the lesson more widely. Playing a 3-health minion when your opponent already has a 3-attack minion on the board, for example, is at best likely to lead to an exchange of cards. Before making any play, ask yourself what it gains you in terms of card advantage.

Having an advantage in the game is sometimes known as "tempo". It's a difficult idea to pin down, but while you have it, you're the aggressive player, the one doing the beating. It's an important concept because, for most decks, maintaining tempo is the key to winning.

The most important aspect of tempo is maintaining board control. This means having more minions down than your opponent, ready to attack. Because most minions have a 1-turn delay before acting, once you've got board control, it's easier to keep it. If your opponent plays a minion, you have the choice over whether to attack it or the opponent's face. 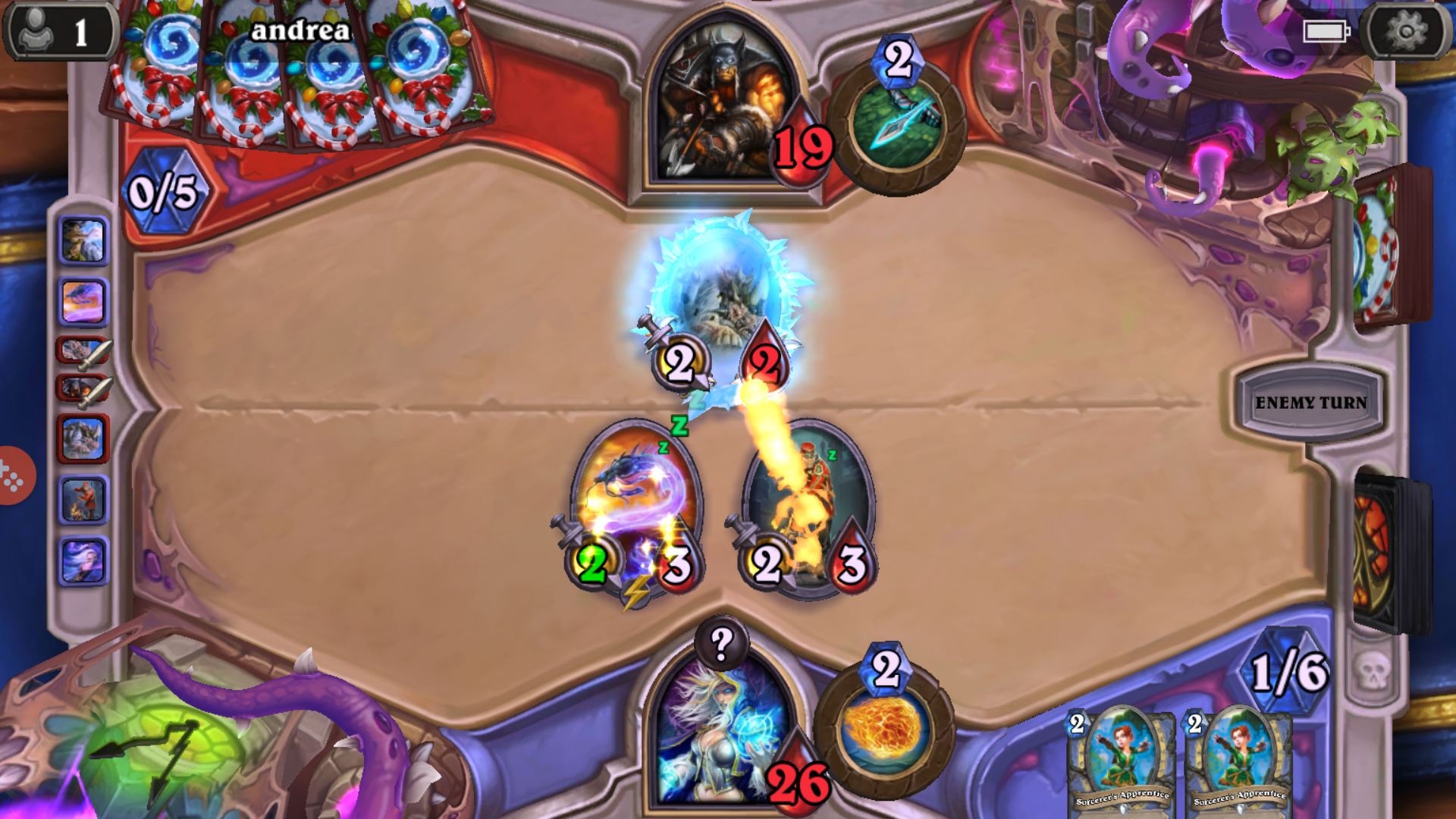 This is mostly a matter of simple maths. If the respective attack and health values of what's on the board mean you can kill an enemy minion while keeping yours alive, do so. Trading - minions killing each other - tends to be next most preferable. If you can't make a good trade, then attack the face.

Where possible, use effects in your hand to bolster your ability to make good trades. Buff a minion, for example, meaning it stays alive after an attack instead of trading. Or use some direct or area damage from your hand to kill enemy minions, leaving yours alive.

Go slow, and make sure you work through all the card and trading possibilities before making a play. You can start to play faster once you've learned the ins and outs of how various cards work together.

As you gain experience, you'll begin to learn what kinds of cards you can expect from particular classes and decks. Very few Mage decks, for instance, run without Mana Wyrm. At higher levels of play this knowledge becomes critical as it helps you predict what your opponent might play. That, in turn, is hugely helpful in deciding what plays help you maintain tempo, or not waste cards.