Get ready for an update on Thursday 15th February – and prepare to join our Pocket Gamer tournament (can you beat us? There'll be prizes!)

The Battle of Polytopia is one of our favourite all-time mobile strategy games. It launched in 2016 from Swedish indie outfit Midjiwan, who steadily rolled out updates throughout 2017. It's a premium experience that's genuinely been free to play all this time – there's DLC to buy if you want to expand the game but you don't have to – and if you've been waiting to get on board, next week could be the tipping point. Y'see, the long-mythologised multiplayer update is landing on Thursday 15th February 2018. 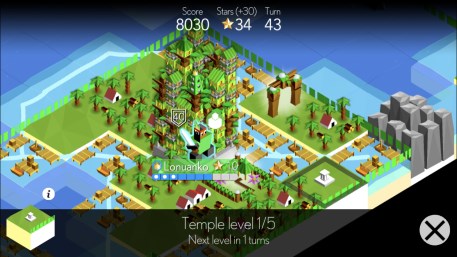 As our columnist Susan Arendt explained earlier this month, The Battle of Polytopia is a cute Civilization-like explore-and-battle game. But it's been a single-player experience for most, with the option to pass your device and play with a friend being the only way to test your tactical skill against an opponent.

The game has picked up a dedicated following, with many of them noisily lamenting the lack of online multiplayer on social media.

Midjiwan, please what happened to “the multiplayer will be released in the first week of 2018?” Its been a week :( — Sammy Chaer (@SamIsInTheGame) January 8, 2018

Well, here it comes. "The online multiplayer is the biggest update for The Battle of Polytopia," explains Midjiwan in an official statement. "It is by far the most requested feature from players. Midjiwan has listened and worked very closely with the fan community since the beginning of Polytopian time. So players on both iOS and Android can connect and play online around the universe. Polytopians can finally unite!"

This has been met with understandable joy on the Twitters.

So, what is this game anyway?

Polytopia is a turn-based Civlization-style game with a colourful, toy-like aesthetic. The mission is simple (total domination) and it's streamlined so that you can play through the entire tech tree in one sitting if you know what you're doing. 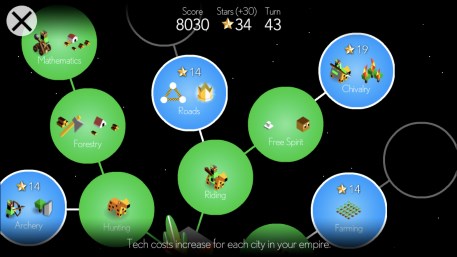 The tribes are not based on real nations, but all have their own personalities. The Viking-like Bardur, for instance, ride bears into battle, harvest pine trees and blueberries for resources, and live amid snow-capped mountains. Maps are autogenerated each time so every play through presents a different challenge. You could play for free for years, but you only get four tribes – if you want more options, more tilesets and different soundtracks, you can buy up to eight more tribes as affordable DLC packages.

As of February 2018 it's had five million downloads and boasts 80,000 daily active players. It was awarded an IMGA award in 2017 and was a runner-up in the Google Play Indie Games Awards 2017. "Multiplayer will allow friends around the globe to fight each other online," confirms Midjiwan, adding another layer of strategic fun to the mix. Pocket Gamer has also given it more than one shout-out. For more info and tips there's an active semi-official fan site. Can you beat Pocket Gamer?

Because we're having so much fun playing this game – and because our boss Chris basically thinks he is the best at it – we're planning a Pocket Gamer Battle Of Polytopia tournament for the end of the month. It's your chance to take on the best Polytopians on Pocket Gamer, and other Pocket Gamer readers. We'll event put up a prize for whoever comes out on top. Yes, Chris is that confident that he'll beat all comers.

Interested? Join the Pocket Gamer App Army on Facebook and keep an eye on sign-up details there! We'll be in touch to sort out the tournament heats.

Why has PlayerUnknown's Battlegrounds been released for iPhone and iPad in China twice?