And weather patterns, too!

I know, I know. You haven't had two Pokemon stories in one day since last year, but it turns out that Gen 3 Pokemon ARE in fact on the way to Pokemon GO.

If you caught our article earlier, you'll know that Gen 3 was rumoured to be launching on Pokemon GO this Christmas season. However, it's been officially announced by Niantic now that 50 more of the beasts from the Hoenn region (from Pokemon Ruby/Sapphire) will be arriving on iOS and Android later this week.

Not only that, but a weather system is also being implemented so you'll need to keep an eye on the weather. Be it rain, shine, sleet, or snow, the patterns will affect what sort of Pokemon you'll encounter. Plus, the attacks of your own Pokemon will be more effective during certain conditions, i.e. Charizard's Fire Spin will perform best on sunny days.

We don't know what date exactly these changes will go into effect, but the update will start rolling out later this week. 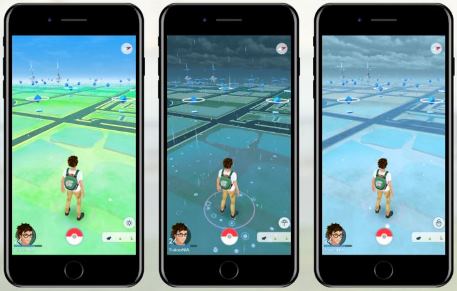