The N-Gage was ever-so-slightly ahead of its time. It was a gaming phone that first came out in 2003, created by Nokia in Finland. You could make calls, you could surf the web, you could play a version of Tomb Raider.

And then there was the N-Gage 2.0 that was basically a version of Xbox Live for Nokia phones. That lasted until about 2008. And it was pretty damn good.

But what were the best games on the now defunct platform? I mean that's probably not a question you've ever bothered to ask yourself, but we've gone right ahead and answered it anyway.

After all, we are celebrating 100 years of Finnish independence. And what's more independent than a phone you can play games on? 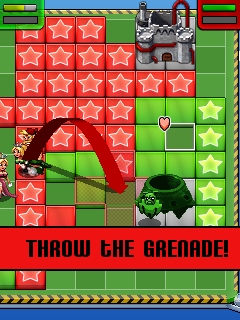 It's sort of difficult to explain Reset Generation in such a small number of words. It's basically a multiplayer focused mix of a puzzler, an RTS, and an action game.

You build the level, fight your friends, and fire cannonballs around. Anyone who's played it though knows that it's a miraculous mash-up of ideas that clicks in ways that only the very best experiences do.

Hooked On: Creatures of the Deep

Who doesn't love a game about fishing? Fishing games are one of the few examples of when the digital version is better than the real-life version.

You don't have to go out in the rain, and you don't have to wear a silly hat. Creatures of the Deep let you experience globe-trotting fishing adventures from the comfort of your own pocket.

A super-slick 3D beat-'em-up that looked good enough to give the PSP a run for its money. Not only was it technically brilliant, but there was an interesting cast of characters and a decent story as well.

The mobile brawler done right well before touchscreen came along and ruined everything. 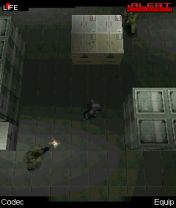 Yup, you read that right. The N-Gage had a version of Metal Gear Solid. This is a full 3D entry in the series that captures all the sneaky stealth and dark political story-telling that made MGS so important.

It might have been a bit on the short side, but this is almost handheld tactical espionage action perfection.

You can't really have a platform without a version of Tetris, right? Sure it's not the most innovative game in the world, but as puzzlers go it's hard to beat.

The N-Gage version was as solid as you might imagine, and there's something to be said for whiling away a few hours dropping blocks into place.

I'll be honest, fabulous is the only way I dance. This was a rhythm action game with gorgeous graphics and a cast of characters that made you smile whether you wanted to or not.

A sweet pop song of a game that would have you nodding along to its beeps and boops. 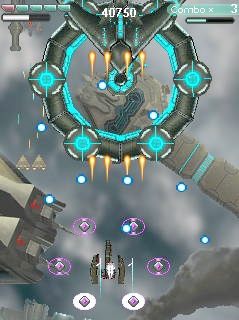 You know a game's going to be good when it's got a nonsensical name like that.

This was a super tough bullet hell shooter with the sort of 2D graphics that made your eyeballs bleed. But, you know, in a good way.

Bounce was sort of Nokia's gaming mascot. It was a rubber ball. You can't make this up.

Anyway, the N-Gage version of the game was sort of like Super Monkey Ball. Roll around a series of mazes trying to get to the finish line without teetering off the edge.

Yeah, Gameloft has been making games for years. This one was sort of like a Fast and Furious movie, all super fast racing and bravado.

It looked great for its time, and it played really well too. A lost classic of the mobile arcade racing genre.

This one was actually a pretty deep golf-sim that demanded you figured out what you were supposed to be doing rather than just smacking balls around like a loon. 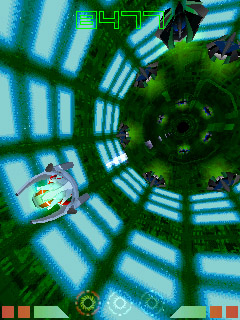 A racer that owes a lot to the likes of WipeOut. It was super fast, super spacey, and the spinny spinny gameplay would make you throw up and cackle in equal measure.

Probably one of the best mobile racers of all time.

A strategy game set during World War 2. This one saw you controlling troops on small missions. It's turn-based, and you could play with eight players if you wanted.

And you should have wanted, because it offered one of the best multiplayer experiences on the platform.

A first person shooter that was set in Venice. Well, it was set in Seven River City, but it was basically Venice. The game saw you tackling hordes of monsters and aliens with a bunch of heavy weaponry.

It took the grim dark future of the tabletop games and transposed it brilliantly to the small screen. 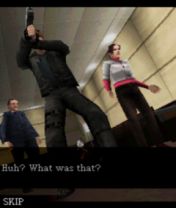 Oh yeah, there was a Resident Evil game on N-Gage as well. This one starred Leon Kennedy and saw you trapped in an airport that was overrun with zombies.

Sure it's a tie-in to the CGI movie, and it came out on iOS as well, but it's still pretty cool.

A massive strategy game squished down to pocket-sized near-perfection.

It's a prequel to the PC game of the same name, but it managed to capture almost everything about the franchise that make it so entertaining.

Another slick strategy game, this time with all of the charm and humour of the Worms series.

There was multiplayer, there was worms, and there was lots of cackling as you blew up your friends with sheep and grenades. 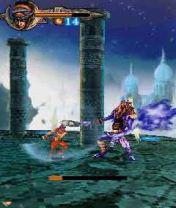 Did you know that Prince of Persia 2008 was the best game ever made? I hope so.

This is a sort-of-version for it. It was a 2D platformer made with a 3D engine that made it both fun and incredible-looking for its time.

Yes this means there are two games that are basically Super Monkey Ball on this list.

But Super Monkey Ball is ace, and this version was just as ace as all of the other ones. It had monkeys, it had balls, and it would definitely make you smile.

A football game that managed to capture all of the fun of the sport without the super-powered graphics that power the new generation of kickers.

Gamepark Wiz and Pandora both delayed