You might remember a few days ago we told you about Pokemon GO's Global Catch Challenge. If people nabbed enough Pokemon in a set period, they'd unlock some pretty sweet rewards.

One of them was unlocking Farfetch'd available around the world for a couple of days.

Farfetch'd is usually region locked, so it gave Pokemon Masters the chance to nab a monster they wouldn't usually be able to.

Well, because everyone did so well in the challenge, Niantic has revealed that there's going to be another reward. 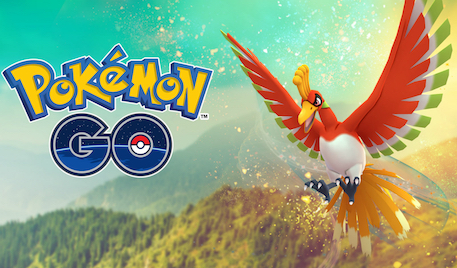 Until December 12th, trainers around the world are going to be able to band together to try and grab Ho-Oh.

Ho-Oh is a legendary Pokemon that's usually only available in the Johto region. You're going to have to catch it in a raid though, and you're likely to need the full compliment of 20 trainers if you want to succeed.

It's nice that Niantic is still spreading the good Pokemon word. And it's encouraging to see that trainers are still rising to the challenges set for them.