When Nintendo announced the New Nintendo 2DS XL, I think it's fair to say that the entire world was taken aback. Not only had the Nintendo Switch just launched, but it was difficult to tell who it was aimed at.

Nintendo claims that the 2DS XL (which I'll refer to it as for the remainder of the review) is supposed to fit snugly between the premium 3DS XL and the original 2DS. What Nintendo seems to have forgotten though, is that we already had that with the regular 3DS.

So we aim to answer the question once and for all: who is the 2DS XL really aimed at? And is it the swansong that the excellent 3DS deserves? 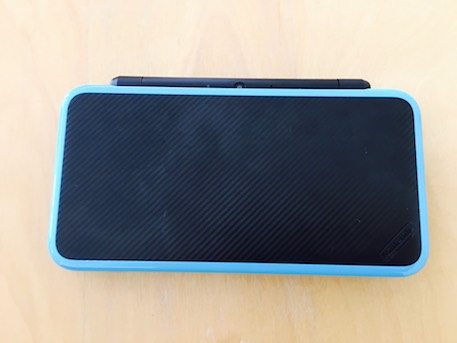 The 2DS XL is Nintendo's best 3DS design yet. It closely resembles the 3DS XL, but with a few improvements.

Let's start with the best - the lip. In previous models, the two panels of the 3DS didn't close snugly, which allowed dust and other nasties to get trapped inside.

Not so with this model, as the top screen is slightly concave and features a lip. As a comparison, it's not a far cry away from the excellent DS Lite.

It's a looker as well. The top panel is embossed matte with a shiny border, while the base is just a slab of matte plastic. It may have been designed for the kids, but adults will love it too. 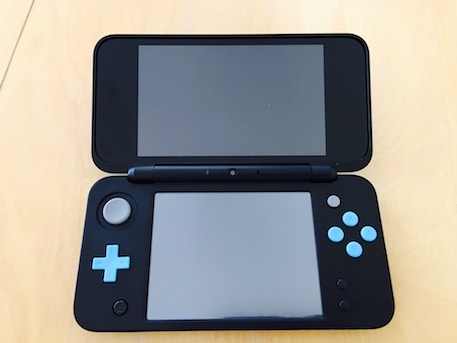 Much like the 3DS XL before it, the 2DS XL is a very comfortable device. It fits snugly in the palms and doesn't cause discomfort over longer playing sessions.

The button placement is largely the same as well, except for the home button and volume slider. These have both moved to the face, and left hand side of the lower panel respectively.

There are also some smart ease of use changes. The stylus has shrunk, and sits right next to the headphone jack, and the Micro SD and game card slots now sit under a flap. 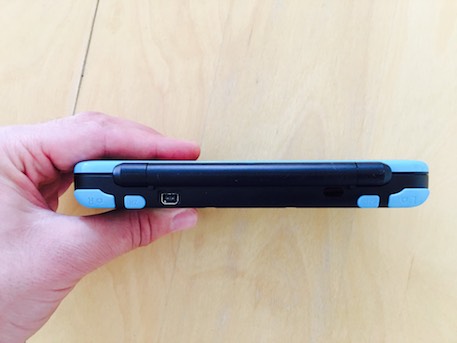 This is great on two levels. You no longer need a screwdriver to change your Micro SD, and games won't accidentally pop out in your pocket.

The 2DS XL has the same insides as every 'New' model of 3DS. You can play any of the exclusive titles like Xenoblade Chronicles or The Binding of Isaac Rebirth, as well as all SNES ports.

You've also got the c-stick, zr and zr buttons, and amiibo support, providing enhancements to a bunch of 3DS games.

There are no performance enhancements exclusive to the 2DS XL that you haven't already seen on the New 3DS or XLs, so if you've previously owned those there's nothing to see here. 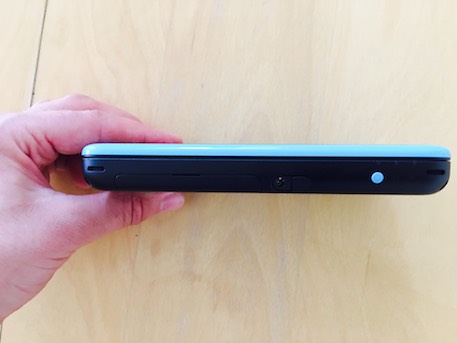 But if you're upgrading from one of the original models, you'll generally find faster loading speeds, smoother gameplay, and a larger library of games.

The New Nintendo 2DS XL is the finest 3DS design yet. It's equally as comfortable as the 3DS XL, though several improvements - like the card flap and lip - make it arguably even more so.

Most impressively, it includes all of the hardware enhancements already seen in the other 'New' models but at a fraction of the price. If you wanted to increase your library but not pay a premium, this is an excellent choice for you.

The 2DS XL might be aimed at kids, but I'd argue that it's simply for everyone - and much better than any design that came before it. 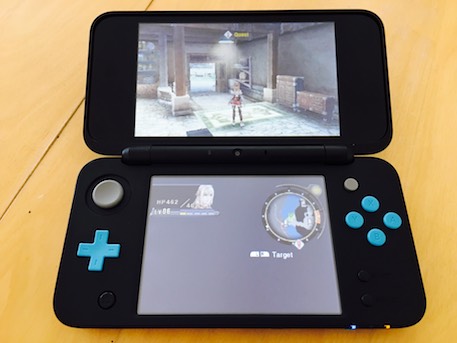 All you're missing out on is the 3D functionality really, and not very many people use it anyway.

The New Nintendo 2DS XL is the finest 3DS iteration yet, and sends the much-loved handheld off in style
By Chris James
| Jun 21, 2017 |
3DS

New Nintendo 2DS XL preview - Who is this aimed at?