App Army Assemble: Retroshifter - The clue is in the name

Retroshifter is a cyberpunk runner inspired by 80s retro classics. You play as a parkour expert who has to run and leap through a bunch of challenging levels.

You'd better hope you have good reflexes, because the obstacles come thick and fast. You can slow down time temporarily during tricky segments though to give you a helping hand.

If you like customisation, you'll enjoy this. You can unlock a bunch of different costumes for your character to stand out amongst your friends.

We asked the App Army what they thought about Retroshifter, and here's what they had to say.

Retroshifter is like a combination of Canabalt, Ikaruga, and Blade Runner. It's an endless runner with a colour shifting mechanic. 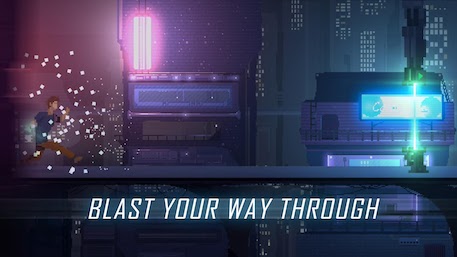 The right side of the screen controls movement and the left shifts your colour. You have to pass through coloured energy barriers and shift to the corresponding colour.

I'm digging the look and the game play.

I played this on Android. It's far less entertaining than I expected but it's an indie game so admirable all the same.

I found this really sluggish. There were times that I clearly didn't make it through the obstacle but I got a pass for it.

Graphically it was nice. I liked the New Order style tunes and that was probably the best part. 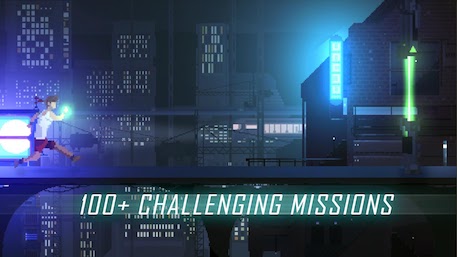 It needs a bit more speed though. More impact accuracy would give me an urge to play more. But sadly, I'm in no rush for seconds.
A couple of tweaks would make a huge difference.

I must say that I'm a fan of these mind-twisting games, and I was completely sold by the pixelated Blade Runner style of this one.

It's an endless runner in which you run, jump, and roll through a bunch of energy portals. It's pretty standard fare, except for the fact you have to change colour to match that of the energy portal to go through it. You speed up as you play, which makes it more difficult.

I love the futuristic look, and the great sci-fi soundtrack. Too bad that when it gets crazy you can't really enjoy all the trains and vehicles and lighting effects that are going on in the background and foreground. 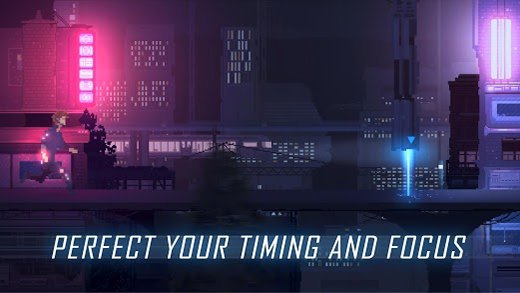 Overall this is a great game. Decker needs to run after the replicants and it's our job to help him do it!


The App Army is Pocket Gamer's very own community of mobile game experts. Each week, we provide them with a bunch of free codes and early access to the hottest upcoming games so they can provide their thoughts in features like this. We also host regular community-driven events with them in mind like tournaments, giveaways, and multiplayer evenings. To join, simply follow this link to the page on Facebook and request access. We'll get you in right away!

Retroshifter is a cyberpunk autorunner, aiming to hit iOS and Android later this month