By Christian Valentin
| Apr 4, 2017
iOS
|
Under A Spell
Subscribe to Pocket Gamer on

Releasing later this week, Happymagenta's next iOS game is the fantasy puzzler Under A Spell, a word game that uses AI to deliver challenging stages.

Every stage challenges you to create words from a pile of letters, dealing with tricky status effects such as frozen tiles and timed letters that must be used before their countdown ends. 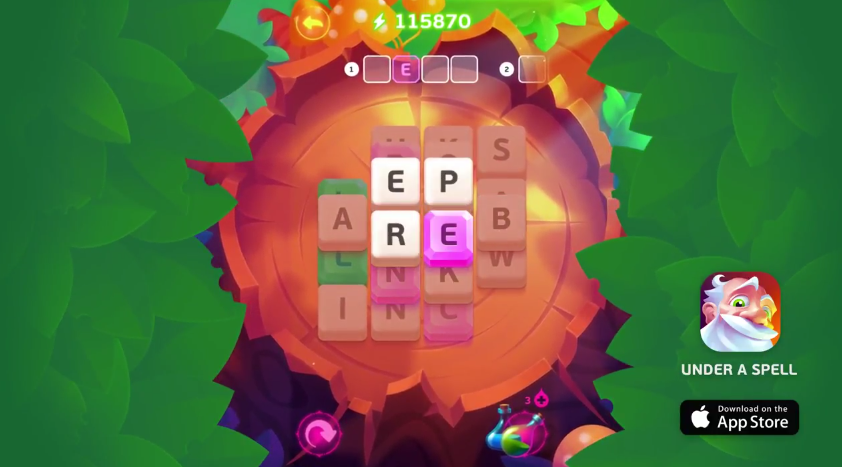 The game's unique aspect is its AI-guided approach to stages, using an AI to draws letters from books, movies, and more to create new levels.

Under A Spell will be releasing on the App Store on April 5th.