Wargaming launches app to commemorate 100 years since the first tank

Wargaming, creators of mobile game World of Tanks Blitz, last week launched a free mobile app to commemorate the 100th anniversary of the first tank blasting onto the battlefields of the Somme in September 1916. The app was developed by Ballista Digital, a specialist producer of history-based apps for museums.

This app is based around augmented and virtual reality: it enables you to see a life-sized model of the Mark 1 externally superimposed on the environment, or hop inside and view 360-degree VR films of tanks in action. 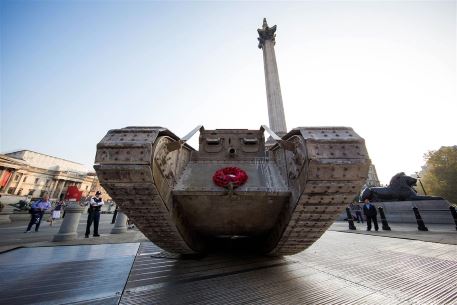 Wargaming has partnered with The Tank Museum in Bovington to deliver the history behind the development of the first tanks during WW1, offering a unique opportunity to visit tanks from 100 years ago and visit 100 UK locations where tanks could originally be seen. Following the war, the government offered 265 battled tanks to the nation as an acknowledgment of the successful efforts made by citizens to help fund the war. There is only one actual tank in its original location, Ashford in Kent. Many of the other tanks were scrapped in the years following the war.

We spoke with Tracy Spaight, Director Of Special Projects Global Marketing at Wargaming, who told us: "We made geo-fenced locations across the UK where you can go and see the original tank, if you have the app. It's also possible to spawn a virtual tank wherever you want, in your living room or back yard. But we've additionally we've put it at these historical locations so people will be reminded of its history." 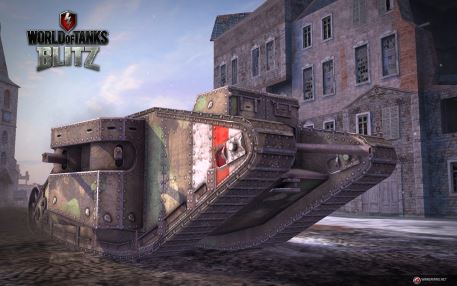 The app was launched last Thursday in London, during an event with tanks rolling in the streets. Historian Dan Snow, who joined the celebrations, likened the app to Pokemon GO. The Tank 100 app will continue to grow over the coming months and future versions will be granted 20th century tanks to coincide with key anniversaries. The augmented reality 3D model tanks will also be enhanced to allow users to interact and take control of the tanks themselves. 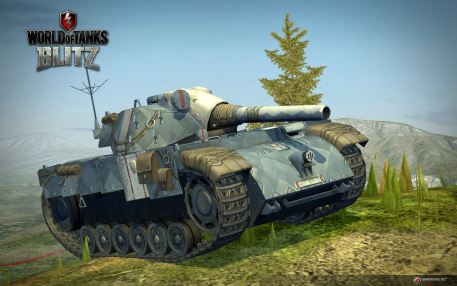 As well as the tank app, Wargaming took the opportunity last week to talk about various PC, console and mobile projects in the pipeline, including new additions to World of Tanks Blitz (including the WW1 tanks plus "Valkirya Chronicles", pictured above, which will bring in tanks licensed from SEGA); and Gods & Glory, a Clash Of Clans-style fantasy base-building mobile game now in soft launch thanks to the WG Labs publishing arm.

You can download the Tank 100 app for iOS and Android now.

Want more? Check out our 36 other World of Tanks Blitz news stories!