Each week we'll peek inside the progress of VR gaming thanks to an open letter from somebody working in the business. This week, Mike Bergene discusses how he got started as an independent VR developer.

I became curious about experimenting with VR the moment the Oculus Rift Kickstarter launched back in 2012. Consumer VR was finally on its way! And it was supported by a perfect storm of mobile technology, processing power, more affordable hardware, digital distribution, and accessible game engines such as Unity and Unreal.

Thanks to the first Oculus Rift Development Kit and my participation in the VR community, I knew exactly what to expect before I made my own prototypes. This was a great head start for me. I couldn't have achieved it without the community, made from independent developers and members of larger companies alike.

Armed with this experience I eventually tried out mobile VR. I didn't waste too much time worrying about what platform to work with because a lot of VR development skills are easily transferable. The majority of the core design concepts behind VR stay the same across the platforms. 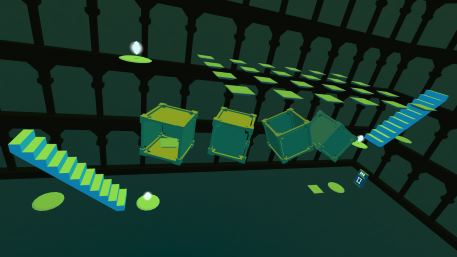 I'm a single developer and mobile VR has had a lot of benefits, such as simple distribution and ease of portability for demoing it. I just had to be willing to work with some fairly severe technical limitations. With my game, BAMF VR, I decided to approach navigation and varied gameplay using only a single button which was an interesting design challenge.

One of the hurdles of working alone is the sheer amount of different hats you have to be willing to wear to get anywhere. Daily tasks range from design, art, audio, coding, testing, tea making, optimidation, hardware profiling, marketing and whatever else that needed to be done.

My biggest workflow obstacle was that if there was a serious problem in any department then everything else had to be halted until it was solved. So a lot of time was spent troubleshooting technical issues with nobody else to discuss it with except sometimes bouncing it off other developers online through IRC/Slack/forums and hoping for the best.

This could be extremely stressful because unless I managed to get it figured out, the project would be dead in the water. 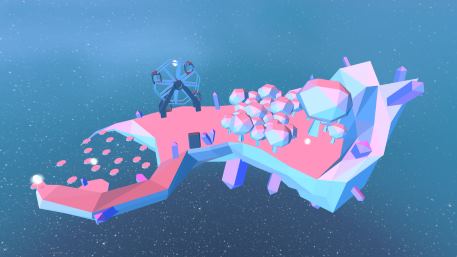 Thanks to a combination of Unity and Google Cardboard, I had the first properly playable prototype of BAMF VR ready in little over a week and players were already finding it addictive at events.

This gave me the confidence to continue polishing the gameplay and adding content over the next couple of months while also entering it into contests and bringing along the newest version to events for additional feedback of fresh content.

I have actually lost count of how many events I've attended to to keep pushing it forward and garner attention. Even without a team, I felt like a part of the extended VR community while gaining useful feedback on my work.

As things are today, working on the cutting edge of VR can occasionally be a frustrating experience. You have to work with rapidly updating development kits where anything may break when you're updating any single part of the pipeline.

So staying up to date with what everyone else is doing and what methods are gaining traction is crucial. On the bright side there is plenty of communication across the board and I was surprised when some of the staff behind Google Cardboard took the time to assist a single developer like me. There is a good feeling of everyone working toward the same goal in the community. 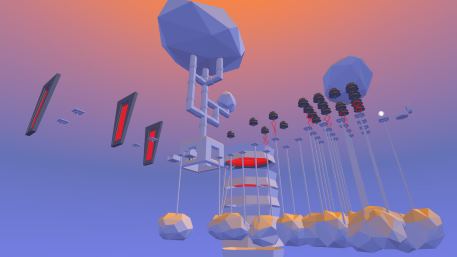 We, the content creators, are placed in a position where our failures do not simply result in a bad game, but also possibly cause someone significant discomfort and in the process hurt the future of VR as a whole. And that is something everyone should be worried about, which is why I personally strive to make my games as good as possible.

The industry is still in the process of defining standards that will help players have the smoothest possible experience. In addition, this gives developers a fixed baseline as a reference point to work toward. Gear VR and Google Daydream are great examples of this.

One of the big issues to highlight for anyone who is interested in VR is exactly how important design is for a comfortable experience. I often notice people observing current games and commenting, "This game would be amazing in VR!" But they haven't fully understood how much would potentially have to be changed to make it work.

It's great that people are excited about VR, but managing expectations is also very important. Having unrealistic ones is the quickest route to disappointment in something that is still in a stage of development.

Developers still sometimes have to make compromises to make VR work well. But we've come a very long way in the last few years and there is still plenty of improvement on the horizon. Just don't expect the Holodeck quite yet… 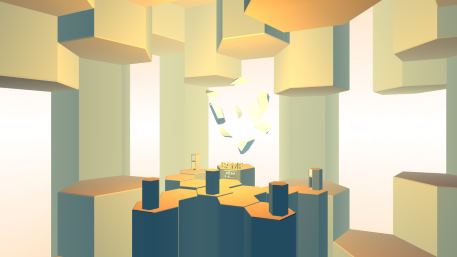 I know that consumer VR is, without a doubt, here to stay this time around, but in what shape or size is impossible to know at this stage. Tomorrow everything may have changed. And personally, I can't wait to see it.

Virtually yours, Mike Bergene Mikael "Mike" Bergene is an independent game developer. Fascinated by technology, games, art and animation he studied for a Bachelors Degree with Honours in Digital Animation then went on to complete a Masters Degree in Games Art. He has most recently released a Google Cardboard puzzle game called BAMF VR (pictured above) which won second place in the 2015 VRTGO design contest and has since been featured in the official Google Cardboard app. You can download BAMF VR from the Google Play Store or see its trailer on YouTube. If you're a developer working in VR, remember to join the Global VR Challenge which Pocket Gamer is running this month!