In Ant-Man's Adventure, the shrinking hero must fight Adaptoids, his nemesis Yellowjacket, and other threats in a shrunken section of the Battlerealm. 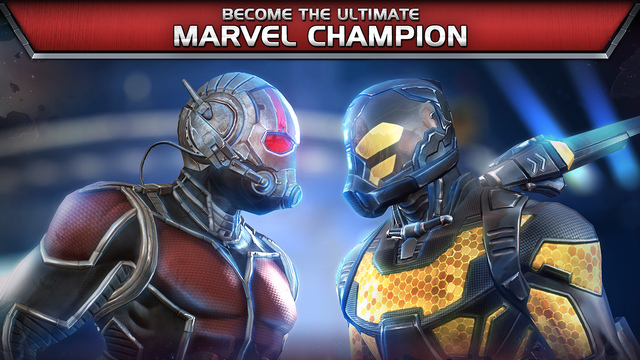 The Silver Award-winning Marvel Contest of Champions can be downloaded for free.