Demoed on a Surface Pro 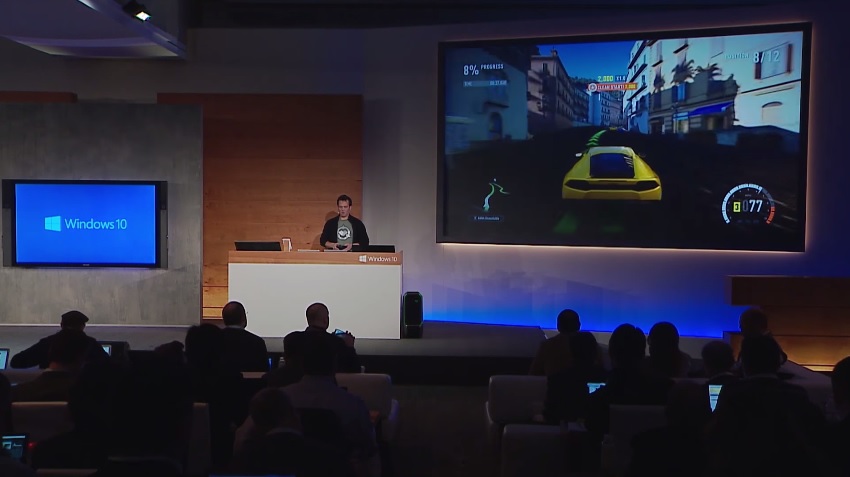 Microsoft had a lot to show off at its press conference on Wednesday; holographic tech, augmented reality, and what is essentially an oversized tablet called the Surface Hub were among the reveals.

Most exciting for mobile gamers, however, are the streaming capabilities of tablets running the upcoming Windows 10 operating system.

That means you'll be able to play Xbox One games on your Windows 10 tablet just by syncing the two devices together.

Phil Spencer, head of Xbox at Microsoft, demonstrated this with a Surface Pro tablet operating on Windows 10.

All he had to do was launch the Xbox app and pull up a game installed on the synced console, within network, with the new "Stream from Xbox One" option.

For the demo, he played Forza Horizon 2.

The stream seemed to run smoothly on stage, but there's no word yet on the specific graphical capabilities this streaming function allows.

There's also no word yet on whether this will be an option for Windows Phones.

With a new Windows 10 build heading to Microsoft Insiders next week, and the first mobile test build slated for a February debut, we can probably expect to hear more soon.

The future of mobile gaming: What our favourite devs want to see in 2015

Microsoft ‘Pink’ handsets to be announced at mystery event?