Yakuto has decided to remove all in-app purchases from the Gold Award-winning Table Tennis Touch. You don't even have time to say goodbye - they're gone.

An update was rolled out for the game last night that added 10 new achievements, some bug fixes, and other small improvements.

But it also completely abolished the game's IAPs to become a "fully premium experience".

"Table Tennis Touch is a challenging game. If you can't beat an opponent you could say you need more practice, or you could blame the game for being too difficult," James Gratton writes on Yakuto's blog.

"But if the idiot developers allow you to buy an elixir that suddenly enables you to vanquish your foe, you cry paywall! And that's a reasonable conclusion." 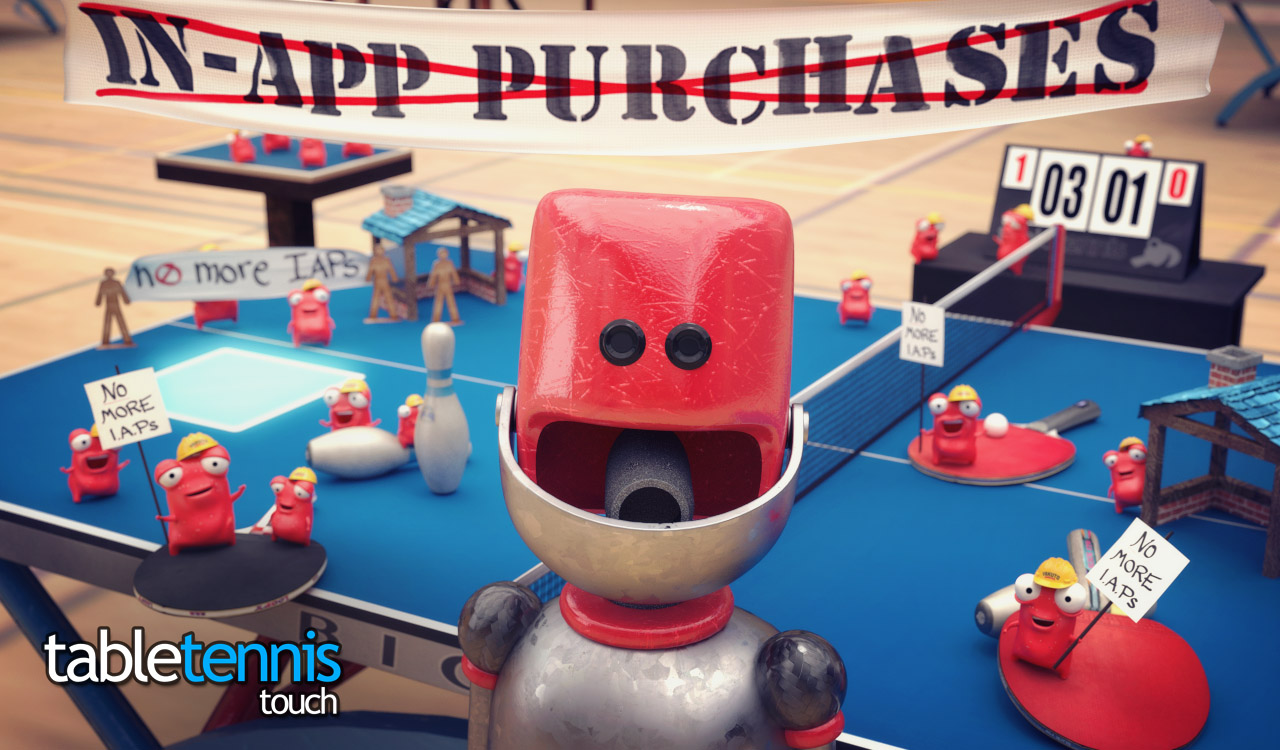 Gratton is referring to the two 69p / 99c IAPs in Table Tennis Touch there. Specifically, the one that gives you extra boosts so you can hit the ball harder during a match.

While boosts can no longer be purchased you can earn them through playing the game in Career Mode. Those of you who have already earned some achievements should get the boosts they're entitled to automatically.

"This is a big, bold step for us," Gratton continues.

"We really hope it's received in the way it's intended: to remedy our past mistake and to make Table Tennis Touch an unarguably premium product with zero paywalls, be they real or perceived."

Without the IAPs, Yakuto only asks that you purchase Table Tennis Touch for the original £2.49 / $3.99 asking price. You can do so right now on the App Store.