To celebrate, developer Yakuto has put Table Tennis Touch on a 75 percent off sale for a limited time.

If you haven't bought the game already then you can get it for just 79p / 99c on the App Store and Google Play.

The 2.0 update is free to all those who own the game.

Original story follows...
The Gold Award-winning Table Tennis Touch is finally getting its 2.0 update on iOS and Android on October 20th.

Developer Yakuto told us all about it back in May. But that was a long time ago now so let's have a refresher.

First off, there will be two types of multiplayer to try out.

Local multiplayer is one of them, and yes, you'll be able to play cross-platform between iOS and Android with a Wi-Fi connection.

The other one is online multiplayer. Yakuto wasn't going to include it initially, planning to add it later, but then it changed its mind.

The first of four multiplayer mini-games arrives with the intense 'Glass Table'.

"It's a two player take on our popular 'Half Table' game where both players race to hit the same targets to get the high score," explains Yakuto.

There will also be Player Cards added. These display your stats and details, as well as a Kuto mascot that grows as you progress. 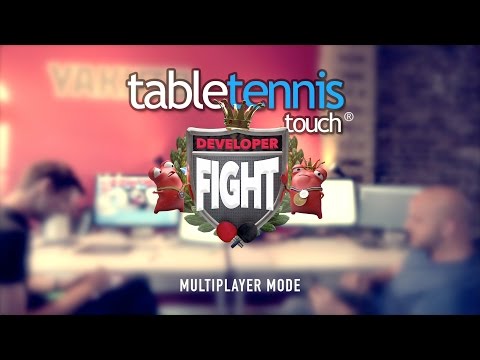 There will also be 27 skins for your bat and they act as a reward for playing multiplayer.

A new venue will also be included. It's the Bounce ping pong bar in London where Yakuto often go to play the table sport outside of the game.

There are also loads of other small improvements to the interface, graphics, saving system, and others - too numerous to list.

In short, you'll want to download this free update when it arrives next Tuesday.