Today, Iron Knights is also available to download for free from Apple's App Store for iPhone and iPad.

As you've probably already guessed, Iron Knights thrusts you into the shoes of your typical fantasy hero.

Your mission is to save the world that you call home from the Dark King Maggedron and his relentless army, who've escaped from the underworld thanks to a corrupted fallen bishop named Balmostat. 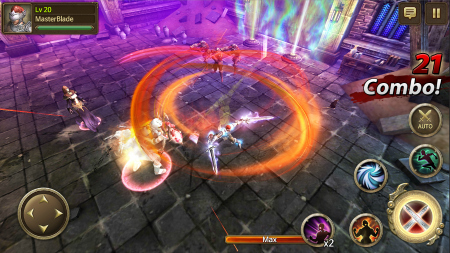 Iron Knights features a unique strategic party system that allows you to play with up to four different units at once. There are over 200 types of heroes to choose from in Iron Knights, so you can customise your party to suit your play style.

If you’re backed into a corner or stuck in a tight spot, you can even summon one of your friends’ heroes to lend a helping hand.

Naturally, being a RPG, you can outfit and customise your party members with over 1000 upgradeable items and pieces of equipment, which you’ll loot from the hundreds of enemies and bosses you’ll slice and dice as you progress through your adventure. 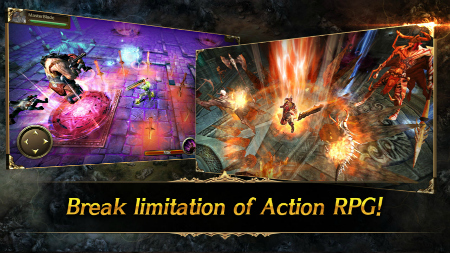 Iron Knights may be a RPG, but it's also an action game, and there’s a heavy focus on brawls and conflicts.

Each of your heroes has their own set of skills and abilities that can deal devastating damage to your foes thanks to skill combinations, which allow you to combine up to three skills (chosen from a total of nine) in a row for maximum damage.

You can also increase the pain that you deal out by carefully learning the element-based strengths and weaknesses of every enemy that you face and the equipment that you use. Take on a fiery foe with an ice-based attack, for example, and you’ll increase your chances of coming out on top. 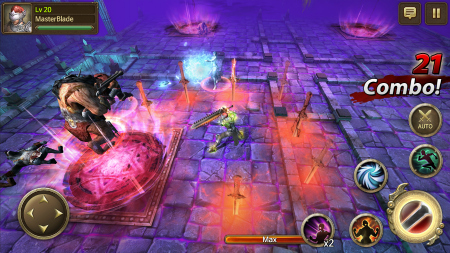 Iron Knights is packed with various game modes that all offer different challenges for you and your heroes.

There's a Monster Battle Mode in which you're tasked with chasing down specific monsters, for instance, as well as a PVP mode called Battle of Heroes that allows you to compete against real players from around the globe.

Other modes include Infinite Fortress of Chaos, which allows you to challenge yourself; and Deadly Boss, which invites you to compete in raids against massive creatures. 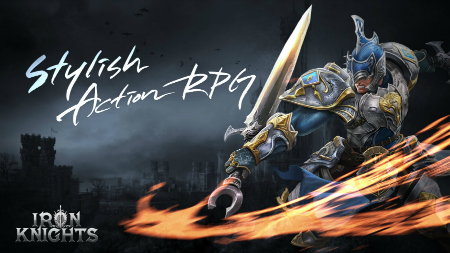 Iron Knights is available to download from the App Store and Google Play for free. If you're eager to spend a few quid, however, you can grab Gems (one of the game's currencies) and Special Packages through in-app purchases.

Gems allow you to purchase additional units and equipment, as well as energy, elixirs, and gold from the in-game store.

You can also purchase items with Medals and Horns. Medals can be earned through the Fortress of Chaos and Battle of Heroes modes, whereas Horns are earned when you send them to friends and when friends call upon your characters for help.

Actozsoft is keen to stress that you can play Iron Knights without spending a penny, but you can become stronger much faster if you decide to spend some of your hard-earned money.