Lock it up and throw away the key

An advert for EA's free-to-play iOS and Android reboot of Dungeon Keeper has been banned by the Advertising Standards Agency for being misleading.

Someone issued a complaint about a direct email sent to them by EA that offered Dungeon Keeper "for free".

The only mention of any costs that may be incurred when playing the game was a footnote in the ad that stated "WIRELESS FEES MAY APPLY".

As outlined by the ASA, the issue was that "the ad was misleading because it omitted significant information."

After a discussion with EA on the matter, the ASA concluded this missing information was "any reference to in-app purchases or the role they would play."

Further, the ASA acknowledged an issue with the frequency of timers and how they were monetised in the game.

The point was that they were "likely to create a game experience for non-spenders that did not reflect their reasonable expectations from the content of the ad." 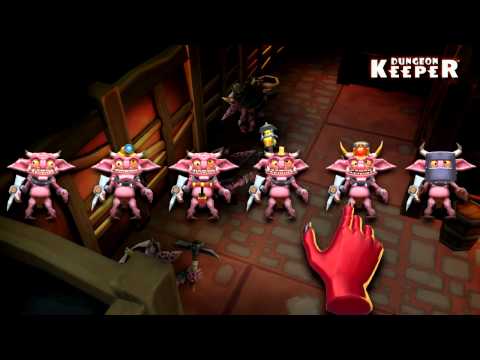 The result of this matter is that EA cannot use this advert ever again - it has been banned by the ASA.

EA was also told that it should "ensure that future ads made clear the limitations of free gameplay and role of in-app purchasing with regard to speeding up gameplay."

This news comes in the same week that EA's CEO Andrew Wilson called Dungeon Keeper a "shame". He added that EA had "misjudged the economy."

You can add 'misled customers with advertising' to that as well, Mr. Wilson.