Ancient Battle: Alexander is a historical strategy battler for iPad and iPhone from Hunted Cow

Sometimes you want your strategy games to be rooted in the deep past, full of tactical twists and turns, and jammed with men in metal skirts and sandals. That's when you turn to Hunted Cow.

Its latest is called Ancient Battle: Alexander, and sees you stepping into the strappy boots of the famed Macedonian leader who took over a good chunk of the world before he was thirty.

It's based around an updated version of the Ancient Battle: Rome game system and features three different campaigns that you can play from either side.

There are forty eight different units in the game, as well as expanded tactical options for flank attacks, and detailed analysis of the various combats. And there are elephants. War elephants. Sold. 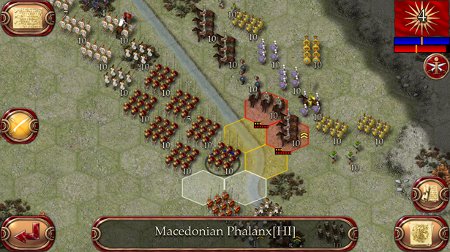 The three different campaigns offer twenty different missions, or forty if you take them on from both sides, and there's a 7 mission tutorial campaign to make sure you know what you're doing as well.

According to the App Store blurb the game features "high definition ancient era graphics," which sounds like a contradiction in terms to me, but it probably means the game looks quite nice and features people from the olden times.

Anyway, if you like the idea of big old strategy games that let you whomp people with elephants, head on over to the App Store where you can grab Ancient Battle: Alexander for £1.49 / $1.99, which seems fair.