I had to play the second level of Dual Survivor 23 times before I cleared it, and I am proud of that number.

That's the sort of mentality that Dual Survivor instils in the naïve player who comes to it expecting a simple maze game.

Dual Survivor is simple, sure, but it's also the heir apparent to the iPhone-destroying frustration engendered by the late, great Flappy Bird. If you're in the mood for frustration, or are looking for a game to help you fill up your swear jar, you'll want to give Dual Survivor a look.

The basic gameplay of Dual Survivor requires you to use two fingers to control two separate cores that hurtle down a pair of a parallel paths.

It's possible to control these cores using two fingers of the same hand, but Dual Survivor is meant to be played with both of your thumbs as a test of your ambidexterity - and patience.

You control these twin cores by simply sliding your thumbs from one side of the screen to the other, collecting orbs and avoiding pitfalls, hazards, and enemies along the way. 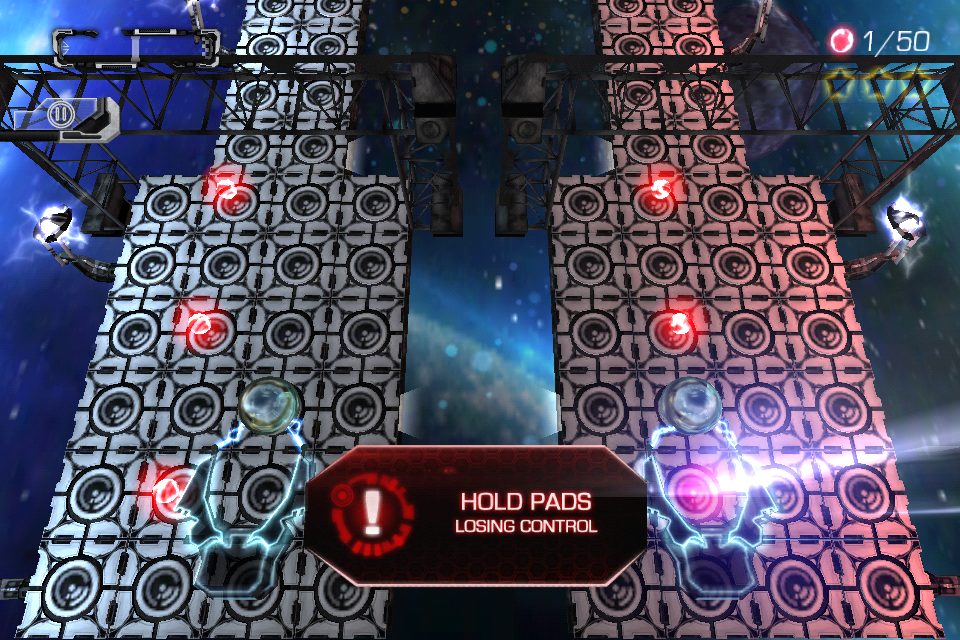 For every ten incidents of anger and anguish, there's at least one moment - one beautiful, fleeting moment - of triumph, when your two hands work as one to guide the cores to their goal. And these moments help redeem Dual Survivor as a game.

Note that I said 'help', because for all that it delivers Dual Survivor still struggles with a few problems.

For starters, there's a complete lack of a tutorial, which makes finding your feet with Dual Survivor rather difficult.

For example, I spent my first ten minutes with the game actively avoiding the glowing orbs I needed to collect simply because they were red.

They were a beautiful, glowing shade of red that stood out nicely from the muted background colour pallet, admittedly, but red - to my eyes - was evil and to be avoided.

Another omission is the complete lack of a story.

While puzzle / maze games are rarely known for their narrative prowess, the only way you'll know what you're supposed to be doing is when you fail and send a core flying off the edge of the track.

When you do so, you'll be greeted with this screen... 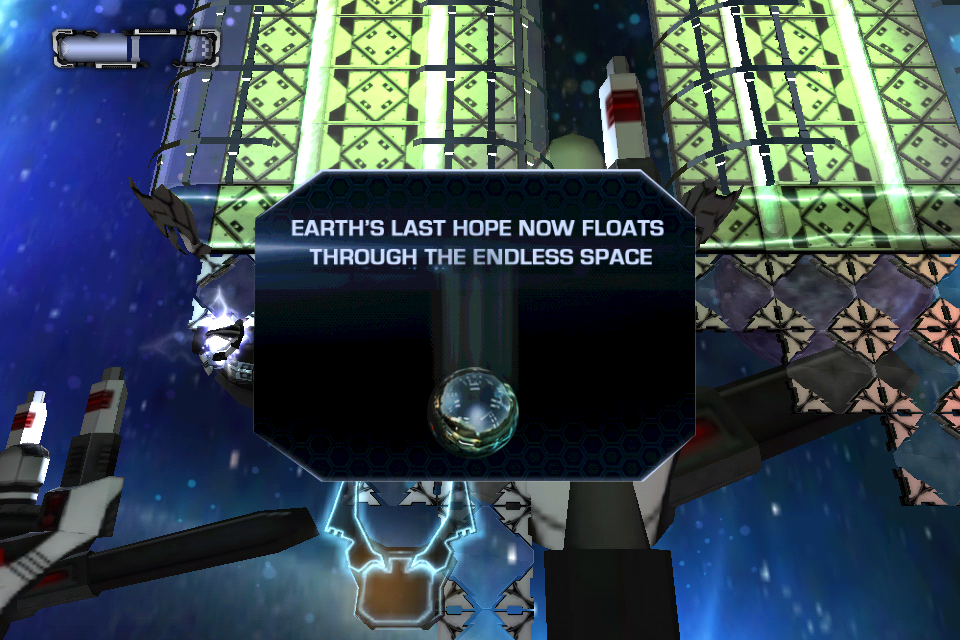 The final point working against Dual Survivor is the grating, robotic quality of the voice-overs and music - but that's quickly remedied with a flick of the 'mute' switch.

Yet for all that Dual Survivor has problems, it's still a tough-as-nails game that many will find entertaining.

It's not gentle or deep, but it does what it does quite well and never stutters along the way.

Whether this is enough to justify its price is ultimately up to you and your willingness to put your ambidexterity and patience to the test.

Not for the casuals, Dual Survivor is a puzzle game that requires quick reflexes and limitless reserves of patience
By Matthew Diener
| Feb 26, 2014 |
iOS + Android
Find out more about Dual Survivor

Autumn Dynasty Warlords is a massive, complex RTS for iPad and iPhone in which you unify a whole country