Plus: Weapon Shop de Omasse & a Pokemon match 'em up are coming to the eShop

The year of Luigi's drawn to a close, but Nintendo has big things in store for 2014 - even if it didn't saddle it with a thematic name.

There was a ton of 3DS news in Thursday's Direct presentation, starting with Mario Golf:World Tour - which has a release date of May 2 in both the US and Europe.

Iwata himself unveiled a new mode in the 3DS golf sim called the Castle Club, a single-player training mode where you can use your Mii characters and customise their appearance with clothing and accessories.

These upgrades will also affect your performance, letting you tweak your playstyle along with your appearance. Altogether now, "oooooooh". 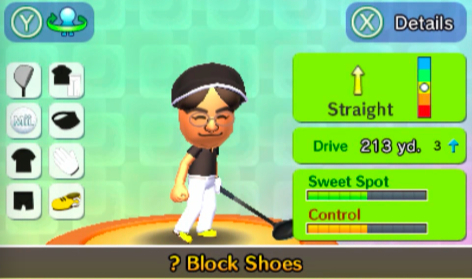 Next up were some tantalizing details on Kirby: Triple Deluxe, which is due out on May 16 on both sides of the pond.

The next details concern hidden collectible keychains which are hidden in each level alongside sunstones. The real draw to these little pieces of 8-bit swag is that you can rack up a bonus for collecting them.

Interestingly, Triple Deluxe will also support StreetPass - and people you pass can toss you items and the odd keychain. Nice. 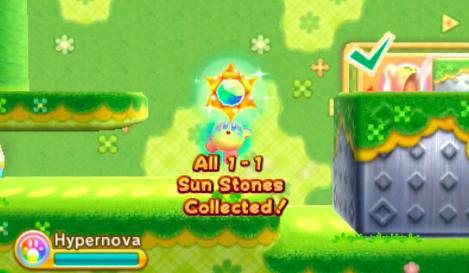 Some more news also surfaced on Yoshi's New Island – namely, which is coming to Europe and North America on March 14.

It'll feature some impressively huge Mega Eggdozers and Metal Eggdozers which you can use to smash up levels and venture underwater. The little green dino also showed off his new transformations, including a Submarine Yoshi (Rush is very unimpressed), a Jackhammer Yoshi, and a flying Super Yoshi mode.

Now for a quick lightning round of release dates: 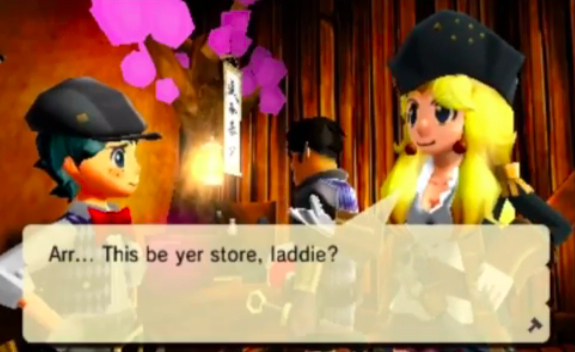 Back to the detailed announcements now.

This underwater warfare sim takes the form of a "contemplative" first-person shooter that you can play for free. Doing so gives you access to two stock subs, the first part of the single player campaign, and the whole of the multiplayer experience.

Buying the premium version gives you more subs to use and the balance of the single player storyline.

This one's out now, by the by, so you can head to the eShop and download it straightaway. 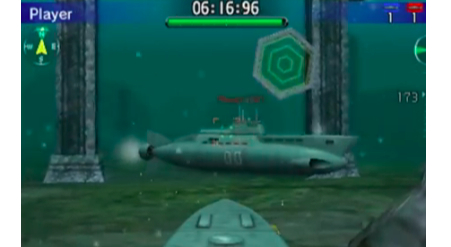 Next up is Pokemon Link: Battle! (Europe) / Pokemon Battle Trozoi (North America) is a fast-paced Pokemon puzzle game that looks a bit like Super Puzzle Fighter or, y'know, Puzzle & Dragons.

It contains every known Pokemon - that's over 700 for those keeping track - which you have to match to clear them from the board.

You can create bonds with the Pokemon you use to make them more effective in battle, and also dabble in 4-player co-op play if you're so inclined. This oddball match 'em up comes to Europe on March 13 and North America on March 20. 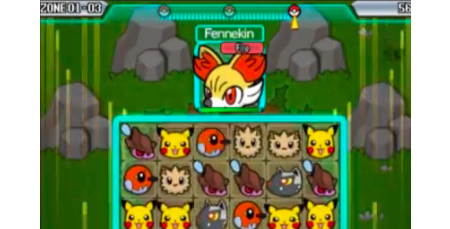 Americans can get their hands on Level-5's classic soccer RPG Inazuma Eleven right now on the eShop for $19.99. Apparently, Nintendo didn't believe in hyping this launch up any in the states.

Europeans, meanwhile, can look forward to Nintendo Pocket Football Club when it hits the eShop on April 17.

This sports sim puts you in charge of your own football club and tasks you with everything from scouting new players to training your current roster. Good for the 3DS owning Top Eleven Crowd, we expect.

The first download and initial mini-game is free, but subsequent games will cost you $4.00. The interesting part - or, at least it'll be interesting to those who read Pocket Gamer Biz - is that you can haggle down the price of mini-games by giving Rusty items or listening to him go on about his day. 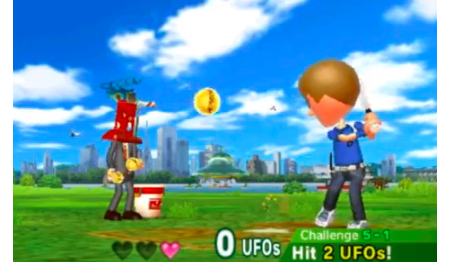 If you're able to win Rusty over, you can actually haggle down the real-world price of a mini-game, shaving a few dollars off the asking price. That one hits the North American eshop in April.

Finally, a new challenger has appeared for Super Smash Bros. - Punch Out's own pint-sized pugilist, Little Mac! This marks his debut as a playable character in the Super Smash Bros. world, making us salivate for the game even more.

Unfortunately, we're going to need to continue to salivate since Nintendo didn't provide a release date for this much-anticipated title past "2014". 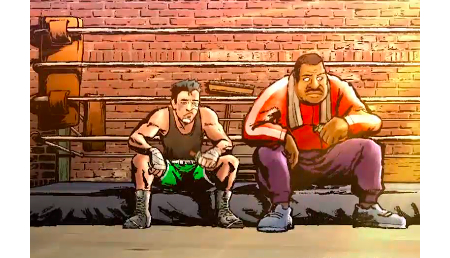 We feel the same way, guys.

Anyway, that's all the Ninty News for today!

You can watch the whole Nintendo Direct broadcast below.