Gamevil's upcoming trading card game Kaizin Rumble is due for an iOS and Android release next week (between December 11 – 12), and players who pre-order can take advantage of a special Cyber Monday sale.

The first 30,000 players who pre-order the upcoming TCG will receive a $60 (~£40) starter pack along with two limited edition cards for the just-right price of 'free'.

This is a pretty great deal from the look of it, but the implication is that Kaizin Rumble will feature IAPs on par with the $60 promo being offered.

If you're not turned off by that, Kaizin Rumble looks like it'll breath some nice life into the staid card battler genre by confronting players with a fast-paced 'reactionary battle system' and the chance to throw their morals to the wind and be as evil as humanly possible. 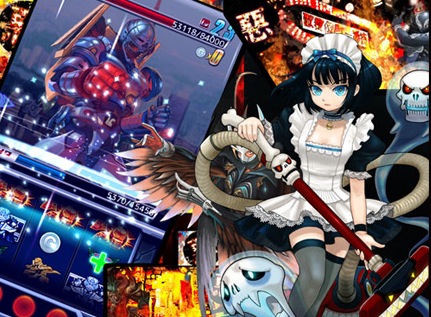 In a nice change from the spikey-haired do-gooders at the heart of most RPG-themed games, Kaizin Rumble puts you in control of a member of the Kaizin (evil master race) that's out to dominate the world.

There are no damsels to save and no catastrophes to avert here, it's just pure, straight-up conquest.

So, if you're tired of playing for team good and looking to spend some time with team evil, click here to pre-order Kaizin Rumble and secure yourself some nice bonuses before the launch next week.