Last year, Knock-knock was successfully funded on Kickstarter. Alas, Ice-Pick Lodge couldn't attract the $45,000 in donations it needed to fund iOS and Android ports of its horror game.

We may have shed a tear or two.

Not that that minor crowdfunding failure appears to have dented Ice-Pick Lodge's ambitions, mind. You see, it's decided to create mobile and tablet versions of Knock-knock, anyway.

We may have cheered up a little.

We found out about this new development through a thread on the "Upcoming iPad Games" section of the Touch Arcade forums. 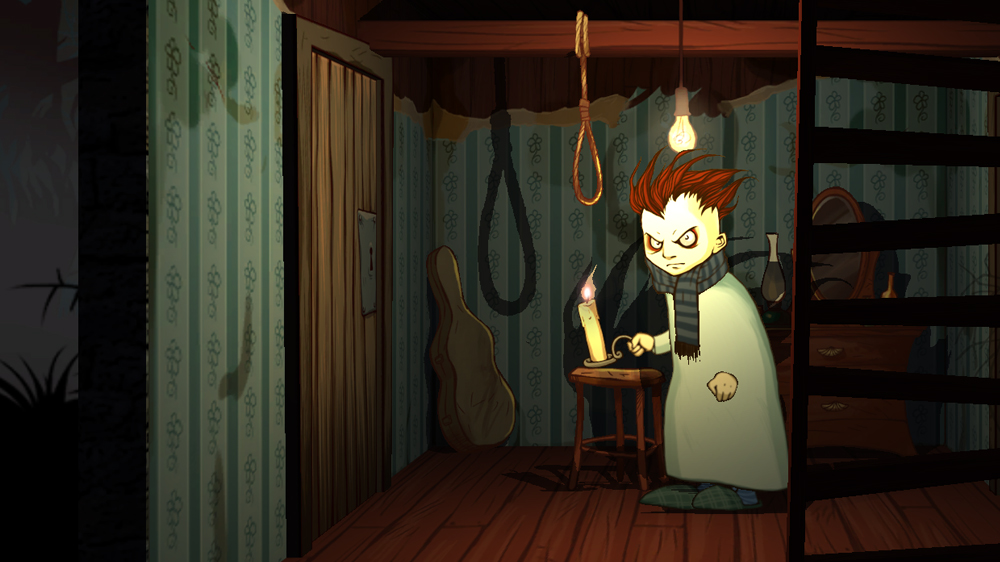 It seems as though Ice-Pick Lodge intends to release the desktop, mobile, and tablet versions of Knock-knock next month. Just in time for Halloween.

Knock-knock has already terrified us in the short play session we had with the desktop version.

You play a very strange "Lodger" who wakes up every night in the pre-dawn hours. Nightmares haunt him in his ever-changing house. To ensure he remains safe until dawn, he has to turn the lights on in as many rooms as possible.

The evil force that chases him will attempt to seek you out. And if it finds you, you'll have to scurry away and hide behind some furniture until it leaves you alone. It will linger for a while, though.

Knock-knock is a surprisingly intense experience. Ice-Pick Lodge taps into that childlike fright you experience when playing hide-and-seek with friends.

The Lodger is creepy enough by himself, mind, as he constantly mutters his deranged and paranoid mutterings to you. There are plenty of nightmarish items scattered around the house, too.

We're not sure how well the game will translate to touch controls. Seeing as you're just clicking and holding buttons down on items of interest, though, we imagine it should work pretty well.