XCOM: Enemy Unknown lead designer Jake Solomon has confirmed that his studio is definitely thinking about an iOS version of Civilization V.

The Firaxis staffer, who recently sat down with me to discuss the upcoming iOS version of strategic shooter XCOM: Enemy Unknown, expressed his desire to see full-console titles on the App Store.

"I play The Walking Dead, I play Minecraft - Pocket Edition on my tablet," Solomon confessed. "And I would play everything, anything."

"If developers would put good, long, big games on the tablet, I would be in heaven. I game more now than ever before because I have my iPad with me wherever I go." 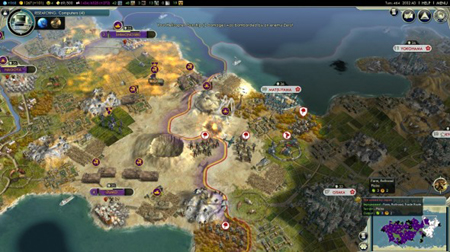 Besides XCOM: Enemy Unknown, Firaxis is probably best known for developing the Sid Meier games - including the Civilization series.

However, while iPad owners can play stripped-down tie-ins like Civilization Revolution, we've yet to see the complete Civilization experience make the transition to touchscreen devices.

So, if XCOM: Enemy Unknown performs well on iOS, would Firaxis consider porting a PC title like Civilization V to tablets in its complete form?

"I think so," Solomon admits. "It really depends on how people respond to what we're doing here [with XCOM: Enemy Unknown]."