Artery Gear: Fusion, a turned-based RPG, is out now for Android and iOS globally

Today marks the launch of billibilli’s highly anticipated anime-themed RPG, Artery Gear: Fusion. The pre-registration phase went on for a month and plenty of people signed up, giving players rewards like Funds, Super Chips, and skins. Artery Gear is set in a post-apocalyptic world that has been taken over by unknown enemies called the Puppets. It is in the player's hands to save their home from these mysterious foes. 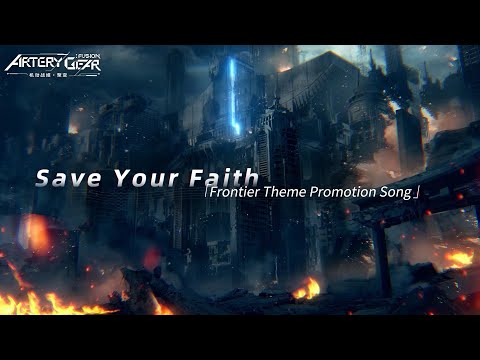 In Artery Gear: Fusion, players will be part of The Union, where they will command a squad of powerful mech girls called Artery Gear, who will fight against the Puppets. This villainous group has taken over countless cities and attacks humans using weapons called Strings. These humanoid mech girls are mankind’s last hope. With an arsenal of over 100 Artery Gears, players must take responsibility for carefully designing the perfect squad to counter their foes.

The mechs will be divided into five classes, with different roles and technical abilities, allowing commanders to mix and match to create a roster that will fight that particular battle. Like a lot of other mobile RPGs, Artery Gear will feature turn-based combat, meaning players will have to make the best use of their characters’ skills to defeat their enemies.

billibilli has put in a tonne of effort in the creation of their characters as each of the mech girls comes with their own unique skills, personalities, and backstories, and are fully voiced by an acclaimed Japanese cast. Even visually, Artery Gear: Fusion will be a riveting experience with their chibi art style and canvas backdrops, in addition to the uber-cool 3D and spine technology to ensure high fidelity.

If you’re ready to take command of a group of mech girls then download Artery Gear: Fusion now for free on the App Store and Google Play. Keep checking the game’s Facebook page as well for more updates.

Also, check out this list of the top JRPGs to play on mobile!
Next Up :
Pawnbarian is a roguelike chess-themed puzzler coming to iOS on July 26th following Android launch

Artery Gear: Fusion is a turn-based strategy game out now in Japan on Android and iOS