Arrowmancer lets you create your own characters in a gacha game, out now on iOS and Android

Sizigi, Inc. has officially launched its lovably weird gacha game on mobile - Arrowmancer takes players on a journey as an initially out-of-work space witch looking to get by in a less-than-ideal economy. What sets the game apart from other titles in the genre is that the creators of Waifu Labs have infused a character creation system into the game, making each gacha pull unique.

In Arrowmancer, players can expect bop-your-head-to-the-beat Jpop tunes in the background that boost the adrenaline during combat (or even while you're leisurely browsing through the main menu). The fast-paced battles in this one-of-a-kind RPG let you dance your way through the galaxy in 3x3 grids to take down enemies (and corporate greed). You'll also experience the story and character interactions via group chats where you can pick your replies for a more immersive experience. 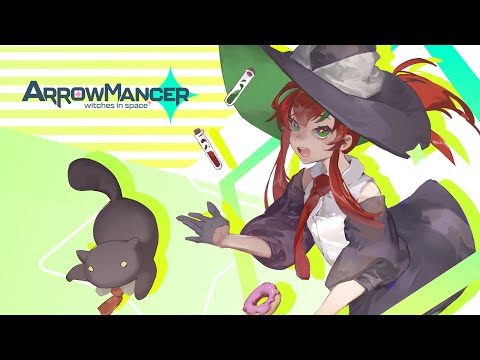 The game boasts a robust character engine from the powerful Waifu Labs technology, where players can craft their own characters to use in the game (don't worry - there are husbandos as well). Witches have their own personalities, abilities, passives and cosmetics, so pulling from the gacha feels truly unique.

If you're eager to create your own waifus and husbandos and give the game a go for yourself, Arrowmancer is now available to download on the Google Play Store for Android devices and on the iOS App Store. It's a free-to-play game with in-app purchases. You can also visit the official website to stay updated on all the latest developments, or have a look at the embedded trailer above to get a feel of the game's vibes and lovely music.

Are you on the lookout for more role-playing games that will put your skills to the test on your mobile device? Why not take a gander at our list of top 25 best RPGs for Android phones and tablets?

Next Up :
Another Tomorrow, the point-and-click mystery with first-person views of diorama puzzles, is out now