Arkfront is receiving its first big V2.0 content update today, bringing in new features for the game on iOS.

The first big feature to be introduced in this new update are bounties. This is a new way to take on side-quests and earn extra rewards. You can find a new bounty in each sector, and must fulfil the requirements before the end of that sector to reap the rewards.

Many of these bounties are available from today, but more are coming in another update which will launch later this summer.

Arkfront is also getting a boss rush mode using GameCenter leaderboards to complement it. The mode features boss battles from the campaign coming in one after another, and tasks you with seeing how long you can survive for.

There are other improvements arriving in the game with this new update, including new multi-language support, improved haptics to feel the action more intensely than ever before, and lots of bug and performance fixes. 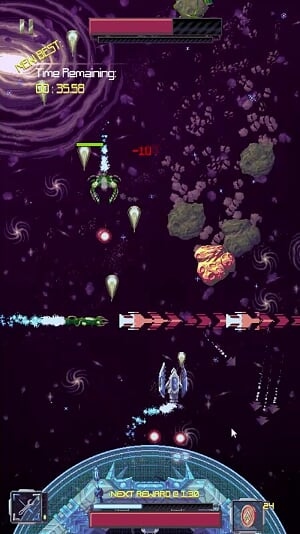 If you’re unaware of what it is, Arkfront is a top-down roguelite that draws from games such as FTL, where you build and customise space ships before sending them out to explore the cosmos and take part in large space battles. It was released earlier this year and will be receiving more updates in addition to the V2.0 patch.

Check out more great strategy games to play on iPhone and iPad with this handy list we've put together.
Next Up :
CROSSFIRE: Warzone adds new Sudden Breach content and other quality-of-life improvements in latest update