Here is everything we know about Arena Breakout

However, at the time of writing, not many details have been revealed about the game. Only a teaser video alongside a couple of screenshots has surfaced online. But if you are interested to know more about this upcoming title, you'll find all the available details in this post. 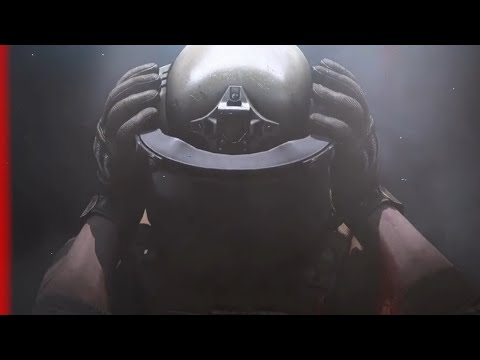 It is also important to note that even the title name 'Arena Breakout' is a translation from the Chinese name announced by Tencent during the ChinaJoy 2021 presentation.

The teaser makes it quite clear that the game will take place in gloomy and abandoned cities. However, unlike most mobile FPS games where you are on the offensive side, in Arena Breakout your objective is to retreat successfully from the battlefield.

During the presentation, Tencent said that 'Once failed, you will lose all the supplies you carry,' which we assume means that the players will have to start over if they are unsuccessful in completing a mission.

The developer wants to keep the game as realistic as possible, and this is why the characters in Arena Breakout will feature 12 parameters including pain, hunger, and limb injury. If you have ever played Lost Light, you will get the idea.

The game will also offer a weapon customization system. The developer has said they want to provide the players with a hardcore shooter that features highly flexible gameplay.

Arena Breakout's beta version is scheduled to release in China on August 12, 2021. On that date, we will get a much better idea about the game. The pre-registration for the beta version is already live on TapTap.

As for a Global release, Tencent has not confirmed whether the game will launch globally or if it will be limited to the Chinese market. But going on the past record of Tencent, the game should definitely be launching globally too at some stage.

Looking for more shooters? Here are some of the best available on iOS
Next Up :
Tales of the Neon Sea, now a TapTap exclusive, is coming to Android globally on August 5th