Available now ahead of Season 11's start in September

Archer: Danger Phone is a narrative-driven idle game based on the Emmy Award-winning animated comedy series. It's available now for both iOS and Android with FX Networks hoping it'll keep fans entertained for the arrival of the show's eleventh season, which starts September 16th.

In Archer: Danger Phone the world's economy has completely fallen over and it'll be up to you to save it. To do this, you'll lead a team of hapless spies through a cryptocurrency operation that's apparently 'just crazy enough to work' and not, in fact, a way to make Krieger richer. 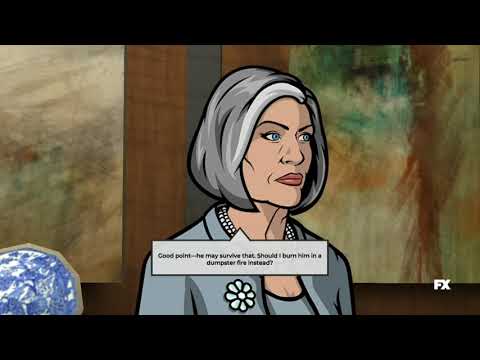 This will see you sending the various characters on missions to earn enough cash to fund other operations whilst considering get-rich-quick schemes to keep everything above water and to upgrade your agency. Along the way, you'll collect a variety of characters from the series including agents, villains and killer cyborgs, all of whom can be upgraded.

You'll be able to automate the various simulations by collecting cards, as you'd expect from an idle game whilst also tapping your way through stories you'll be familiar with if you're a fan of the show. For instance, you can help Archer deal with an impending AI revolution or help Cheryl with her ocelot Babou.

It doesn't look to be doing anything drastically different to the usual fare we've come to expect from an idle genre then. But if you're a fan of both the TV show and idle games it looks to be a very polished take on the genre that looks to maintain the sense of humour from the series.

Archer: Danger Phone is available now over on the App Store and Google Play. It's a free-to-play game with in-app purchases.

Enjoy narrative-driven games? Here are 5 of the best that released in 2019 for iOS and Android
Next Up :
Elemental Titans' latest update introduces the new Animon system