Animal Bar: Stockroom Scramble lets you manage a bar stockroom with a retro aesthetic, out now on Google Play

Indie studio Playful Fox Games has announced the official launch of Animal Bar: Stockroom Scramble, a charming mobile title that attempts to recreate the feeling of old-school LCD games. The casual arcade title boasts retro vibes from 80s and early 90s electronic handhelds, and it's out now on Google Play for Android devices.

In Animal Bar: Stockroom Scramble, players have to learn how to manage the stockroom of a busy Animal Bar (the letter "N" has apparently fallen off). A spin-off of the studio's upcoming bar simulator on Switch, this mobile arcade title is all about rushing to keep up with the orders of your customers while keeping your stockroom tidy and organised. 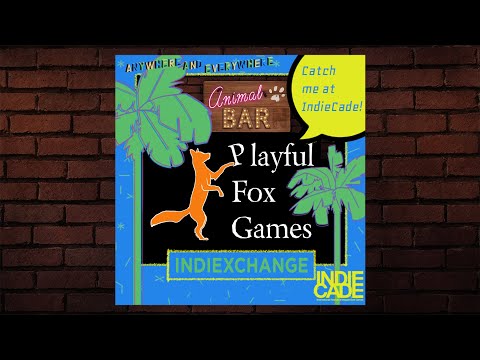 "Personally, this merged two of my current passions; video game history and development on our upcoming game Animal Bar (a cafe/bartending simulator). I have taught and built courses in game design and game history, and have been doing research on our local game scene for a few years," says Ryan Dunnison, founder/design director of Playful Fox Games. "My development background is primarily in social/mobile games as a game designer on Tap My Katamari and My Tamagotchi Forever at Bandai Namco Studios Vancouver, and East Side Games prior to that."

If you're eager to give the game a go, or you're curious about how the retro visuals look like, you can check out Animal Bar: Stockroom Scramble on the Google Play Store for Android devices or have a look at Animal Bar (the trailer for it is embedded above) on the official website. It's a premium game that costs $2.00 or your local equivalent.

Want more similar titles that bring back some old-school feels on your mobile device? Why not take a gander at our list of the top 15 best arcade games for Android phones and tablets?

Next Up :
CROSSFIRE: Warzone receives a Revenge feature and exchange event as part of its festive celebration