Wanna sling-shot yourself over Piggy Island?

In a leak that's likely to prove embarrassing for Rovio, Pocket Gamer has been passed documents indicating that the Angry Birds developer is preparing to jump on the Oculus Rift bandwagon.

Following the virtual reality gaming company's $2 billion acquisition by Facebook, and Sony's announcement of its own Project Morpheus, VR is now the hottest subject in gaming, and it appears that Rovio is going all-in.

Entitled "Eagle Eye VR headset with Angry Birds Simulator!" the email is an internal-only draft brand guide which has been mistakenly cc'ed externally.

Here's looking at you, birdie

Labelled "confidential" and "brand guidelines; version 2B", the guide gives details about the Eagle Eye hardware.

This appears to be part of a wider move from Rovio to release a complete Angry Birds simulator.

Apparently, the Eagle Eye headset comes bundled with the simulator and will make it, "possible to sling-shot yourself over Piggy Island and cause destruction like never before!" - says the marketing text.

No pricing is provided, but the press release is forward-dated June 1st 2014, while the hardware is said to be available on July 1st.

Flying through the air

There are also some diagrams indicating how the Eagle Eye logo should be used and, more interestingly, a single press photo of someone wearing an Angry Bird-themed VR headset.

From this it looks like Rovio's Eagle Eye hardware is following the same sort of design concept as the original Oculus Rift development kit, only with bigger eyebrows. 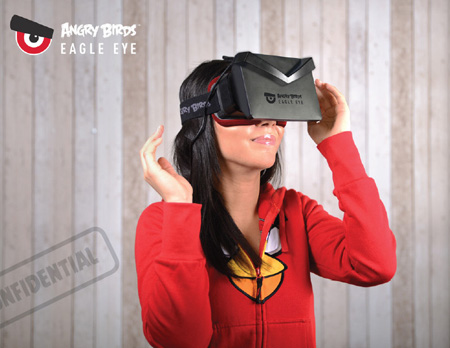 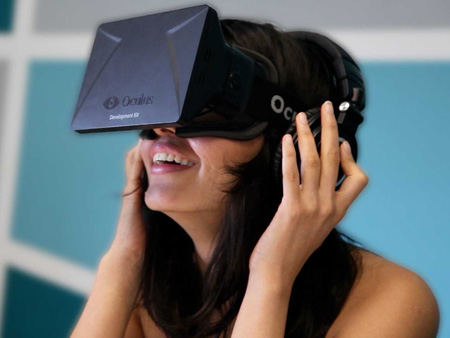 Of course, whether Angry Birds is a suitable game for virtual reality remains to be seen. While the franchise has expanded in many surprising directions since finding success in 2009, the VR appeal of colliding with a pig and being buried under rubble is unproven at best.

You can read the full internal email below.